Pepsi Will Soon Make All Bottles from Plants

Pepsi Will Soon Make All Bottles from Plants 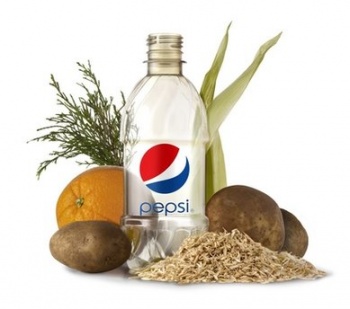 PepsiCo, makers of geek favorite Mountain Dew, is set to deploy bottles made entirely of plant materials in 2012.

Not to get all green on you, but the human race consumes a lot of soda. The resultant waste from millions of plastic bottles fills up landfills and is generally a self-defeating practice that furthers our dependence on fossil fuels because most plastic is petroleum-based. Food manufacturers have experimented with different ways to reduce waste or devise a commercially viable way to create plastic from plants instead of oil, but research has stymied at only using about 30 percent bio-plastic. Pepsi announced that it has finally "cracked the code" and will begin using bottles derived from 100 percent excess plant material - switch grass, pine bark, corn husks, orange peels, oat hulls, and potato scraps. The plan is to produce a few hundred thousand bottles as a test run this year before going full plant-plastic with over a billion bottles sold each year.

Rocco Papalia, an advanced researcher from Pepsi who spent years on the project, said that the bottles made from plants are just like ones you'd find in stores now. "It's a beautiful thing to behold. It's indistinguishable," he said.

Independent scientists are chiming in with what they believe is a packaging revolution. "This is the beginning of the end of petroleum-based plastics," said Allen Hershkowitz from the Natural Resources Defence Council. "When you have a company of this size making a commitment to a plant-based plastic, the market is going to respond."

Pepsi is certainly using the opportunity to slap Coca-Cola in the face with its discovery. Coke, Pepsi's much larger competitor, recently stated that its research was several years away from a 100 percent bioplastic bottle.

While its a step in the right direction for companies to begin using excess plant materials instead of oil to make plastic, these new bottles are not biodegradeable. Not all bioplastics break down naturally, whether from microbes or exposure to oxygen and sunlight. Pepsi's new bottle is just as environmentally durable as petroleum-based platics, but it can be recycled. We still have a long way to go before our landfills become less clogged with the refuse of human existence, but at least I won't feel as terribly guilty popping open a bottle of that sweet caffeine elixir, Mountain Dew. 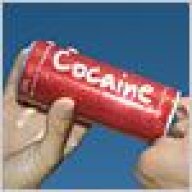 This is actually a really good idea because I and a lot of the people I work with drink at least two sodas a day which can add up fast. 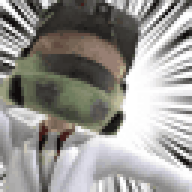 Well as long as it makes the World's oil supply last longer I cor complain.

Which company is the one that produces Lipton Green Ice Tea?

If it's Coca Cola than Fuck You Pepsi! You do not make anything good!

And if it's Pepsi! Hooray for me now I can have my Ice Tea taste slightly of potatoes.

Ever heard of recycling? No? There's this little thing we do in civilized countries, where every bottle or can you buy from the store can be returned to that same store (or any other store) empty and whole in return for a token sum - say, 20 or 40 cent. Adds up quickly though. Oh, look: a ton of bottles that can either be safely recycled as they ought to be, or down-right re-used as is.

Fun fact: Drunken people are poor at financial management and tend to drop their bottles around everywhere, but luckily if you don't collect your own bottles after the (outdoors) party, someone who is more entrepreneurial than you surely will. Everyone wins!

So, seriously - stuff like the OP there: not really helping. But yeah, silver star for trying I guess.

CommanderKirov said:
Which company is the one that produces Lipton Green Ice Tea?

If it's Coca Cola than Fuck You Pepsi! You do not make anything good!

And if it's Pepsi! Hooray for me now I can have my Ice Tea taste slightly of potatoes.
Click to expand...

It's neither. It's Unilever [http://en.wikipedia.org/wiki/Unilever].

That's great, I still won't buy your products. I've always preferred cans for this reason.
I just hope they don't patent the recipe, sure they can make a hell of a lot of money but this is really needed. Won't somebody think of the children??

Consider me puzzled, a wee bit cynical, but desperate to find out more.
R

Cool. No seriously, that's awesome. Good going, Pepsi.
Now to make the world understand that hemp is the way to go with this...

About bloody time that somebody switch from petroleum derived plastics to plant derived. I'm just curious how they will go about the recycling, but that's what my scifinder access is for. Yay more distractions from actual school work...

Interesting. I wonder how it's done.
Also: cue annoying people complaining that these news have nothing to do with gaming. 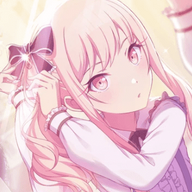 So Pepsi will have some plant stuff huh? I dunno. Its good that its getting green but I'm a little concerned for the drink.

But then again I don't drink Pepsi so I really shouldn't be worried. I hope this goes out well. Our environment does need some cleaning.
F

wow... maybe if we can stop useing oil for this the price of gas will go down... HAHAH! like that will ever happen.

Jonluw said:
Interesting. I wonder how it's done.
Also: cue annoying people complaining that these news have nothing to do with gaming.
Click to expand...

Heh, considering how much we generally drink soda, it has everything to do with gaming. Those people can take a hike.

Anyway, this discovery sounds tits. Something I, as a pepsi lover, can really get behind. I just hope that once these bottles are in production, they don't halt it for consumers complaining that they're "too loud." 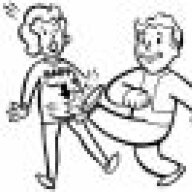 Environmentalists will just complain thats we are abusing the ecosystem.

I'm glad they told what plants they would be using. Otherwise i'd get all paraniod that they're putting poisin ivy in my pepsi, which the could be for all I know.

but how are they going to prevent the bottles from degrading IN THE STORE?

Hasn't this been around already for years now, but only as soft-plastic sort of way? 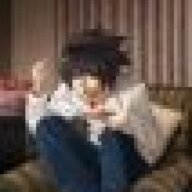