Perfect World and Cryptic Studios Are Making a Magic: the Gathering MMO

Saelune said:
Isnt this backwards? Are they going to make an RTS series based on the MMO based on the card game next?

OK, I might be really interested in this. The card game just looked like another card game to me, but I always thought the setting and lore looked pretty interesting. If they're making that into an actual 3D game, and that game is good, count me in.
Click to expand...

Everquest Defined MMOs. World of Warcraft made it popular.

You know what? I'll keep an eye on this. I love the lore of MtG, and I will forever curse Wizards for discontinuing its line of novels. Exploring various planes and their lore WoW-style sounds really appealing to me!

Unlikely to be something worthwhile. There already was a MtG MMO in the form of a Circle MUD with thematic areas/mobs. That's probably as close to good as one will get.

somonels said:
Unlikely to be something worthwhile. There already was a MtG MMO in the form of a Circle MUD with thematic areas/mobs. That's probably as close to good as one will get.

I think I still have the disc for that somewhere. Had the blue Mana symbol on it.
A

As much as I liked/played MtG I don't know all that much of the lore and history. I knew the basics of each element/class and which ones I liked. The pictures on the cards were cool and some interesting quotes too. All in all the makings of an MMORPG can be found anywhere if one looks hard enough. But from what my friends and what people here say it seems MtG is an environment rich for a MMO. Will they go beyond the simple human, elf, dwarf, fighter, mage, thief, etc formula? That I would like to see. Of late I want non-conventional classes and races. Enough customization to feel unique when surrounded by hundreds if not thousands of other players. Why would I want one Human fighter over this other human fighter? Most of the time the only thing that separates them is their gear and experience(how they play). When a game has a decent community you do develop a reputation. People know who you are and might actively seek you out aside from just guild or clan members. If it's an MMO it can't just check off the simple boxes. It needs to stand out and keep people invested. Otherwise it will be a flavor of the month that gets plenty of attention at first and then dwindles to very few dedicated players. 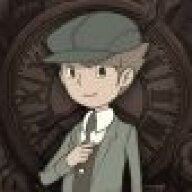