​
Helm's Hold looks like a nice place, but there's some bad juju going on inside.

It's been a year since we last heard [http://www.escapistmagazine.com/news/view/113520-Neverwinter-Becomes-an-MMO] from Neverwinter, when big changes at Cryptic led to the game being converted into a full-on MMO and, naturally, a lengthy delay. But work is progressing, and Perfect World lifted the veil on a new trailer yesterday at New York Comic Con that takes a look at some of the shenanigans going on inside the ancient fortified temple of Helm's Hold.

It all seems very hack-and-slashy and I'm not sure how I feel about the "Unstoppable" pop-up in a D&D context - although I suppose it's better than "Wicked Sick" - but it does fit the game's description in the FAQ as an "action MMORPG." The FAQ also promises that Neverwinter will offer "classic roleplaying," but while I'm keeping my fingers crossed I'm not going to hold my breath.

We've also got a pile of new screens to look at, including a couple shots of the Foundry, the in-game editor that players can use to create and share content, and that may ultimately prove the best hope for a "real" roleplaying experience. They're nice enough, if completely generic, but I suppose that's just about inevitable when you're in the fantasy MMO business.

You know, it's funny. I wanted to sign up for this beta, but Perfect World makes it so incredibly complicated to merge my Cryptic and PWE account properly, complete with errors and bugs, that I'm not even going to bother.
E

Tekk236 said:
You know, it's funny. I wanted to sign up for this beta, but Perfect World makes it so incredibly complicated to merge my Cryptic and PWE account properly, complete with errors and bugs, that I'm not even going to bother.
Click to expand...

I had the same problem when I wanted to try STO last year, so I gave up on the idea. It really feels like they just don't care at all. 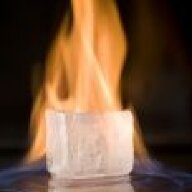 I'll probably still play it but it looks so bland.
U

What's this? A trailer with gameplay instead of cutscenes? Someone had better send this to Square Enix as a tutorial.&#65279;

Love the NW series, but I'm iffy about Perfect World making it, since their namesake MMO, while stunningly gorgeous, was the most boring MMO I ever played.

I take it this takes place during the plague in Neverwinter Nights?
IIRC, how the false helmites managed to infiltrate Helm's Hold, and subsequently Neverwinter, so thoroughly was never really explained in the game.

Captcha: do you believe in miracles?
No, captcha, that would be really lazy storytelling.
O

Why did they have to turn a single-player rpg series (with multiplayer support, but primarily single player)into a MMO? It's TOR all over again, a beloved rpg being turned into a MMO for the sake of squeezing a few more dollars out of a franchise. The fact that this is going to be 4th edition forgotten realms....does not fill me with anticipation either, to be truthful, 4th edition mangled the setting of forgotten realms irrepairably. I play Star Trek Online, and the number of bugs, ill-concieved features, glacial speed at which issues are addressed, and general lack of content does no fill me with enthusiasm either. If they can't properly take care of what's on their plate already, why should I expect them to get it right with another resource-hogging MMO?

Why do people take franchises to places with reputations for putting out games that don't feel finished over and over?