PETA Asks Gamers To Be Kind To Zerglings 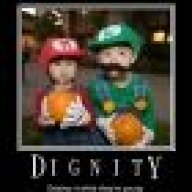 major_chaos said:
OT: As far as PETA goes this falls into the "harmless but stupid" category. I have to wonder if after the overwhelmingly negative reaction to the Mario, Cooking Mama and Pokemon parodies they decided to step back and try to take a more gentle approach to reaching gamers. It still isn't going to work, but apparently they are at least capable of recognizing trends. Although they don't seem to be able to recognize what a bunch of vile people they all are.
Click to expand...

There are plenty of people who'll play devil's advocate, so PETA stepping up doesn't surprise me. This is the tamest stupid attention stunt they've tried yet.

Were they to apologize for their attacks on Mario, Pokemon, and just plain innocent games, I'd even see it as good publicity.
Hard to picture them hugging a Zergling and flipping off Mario and say, "Yeah, they're okay." Just not cool.

So they've essentially become the Unitarians from Dead Space or that pro-zombie group from Dead Rising 2?
L

I think we pretty much have proof of my theory of the going-ons at PETA now.

"Hey, we need a cheap way to be relevant in the news again, what do we do?"
"Shit, uh... we need to attack something, any ideas?"
"Well... the mario thing made a big splash, maybe-"
"BRILLIANT YES GAMES. Shit... uh... what's coming out soon?"
"Uhm... There's an expansion coming out for Starcraft 2..."
"Alright! Is there an animal in this game that people tend to hurt?"
"Well there's the zerg but-"
"Alright! Draw up a cute zerk and put it on a poster telling people not to hurt them! Get to it!"
"But sir, in Starcraft the zerg are a hivemind hell-bent on killing the hu-"
"I don't care what these zerks are! Get this on my desk in five hours OR YOU'RE FIRED!"

And then every gaming site and their mother shares PETA's campaign.

Aw, so cute. And... so wrong. It's like arguing for being nice towards ants or cockroaches, except they're bigger and want your blood. I dunno how far it goes, exactly, but I'm pretty sure the lesser creatures of the swarm have little to no sentience whatsoever. Not to mention that they are designed by the Overmind to be mindless cannon fodder, whatever they may have been before being assimilated into the swarm. There are a ton of videogame monsters and enemies that PETA could use for something like this that would make a ton more sense, Zerglings are probably some of the worst around. There is no coexistence with them because they're built to be incapable of reason and feeling. Hell, when they're not enslaved by a cerebrate, they go mental and attack anything that moves, even their own.


Kurt Cristal said:
So they've essentially become the Unitarians from Dead Space or that pro-zombie group from Dead Rising 2?
Click to expand...

Unitologists. Unitarians are an actual, real religious group that are pretty cool in their "anything goes"-attitude, actually.

I wouldn't care if Zerglings cried on the inside, each time they ate the face off one of my marines or felt joy each time a brother or sister was born in the spawning pools, it wouldn't stop me from slaughtering each and every one of them, when my victory fleet of Battlecruisers flies overhead. 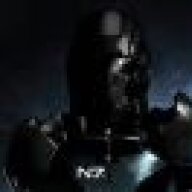 I can't handle the stupid...
D

I must grudgingly admit that if anyone but PETA did this it'd be cute, instead of stupid. Fuck PETA.
W

I don't think they mentioned that most feelings Zerglings have are hunger and bloodlust.

That zergling is incredibly goddamned cute, as is this attempt to treat zerglings as misunderstood animals that aren't genetically engineered 'noming machines.

In other news, I ask PETA to eat a bag of dicks 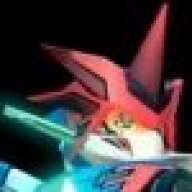 If the Zerg weren't always chaotic evil, they might have a point. But this is like defending hitler because you're supposed to be nice to other humans. 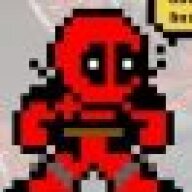 God damn it PETA,stop doing stupid publicity stunts and go do something useful. Spend your money on things like free spading and neutering for pets not this stupid crap. 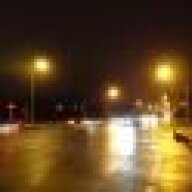 Paradoxrifts said:
I must grudgingly admit that if anyone but PETA did this it'd be cute, instead of stupid. Fuck PETA.
Click to expand...

It's only cute when people that aren't PETA parody PETA

Sweet when the new zerg(insert another generic sci-fi near insectoid alien race) owerlords will come to earth ill know which ones will be first to collaborate for extermination of human race!


I'd challenge PETA to hug a zergling. After it morphed into a baneling, of course. > 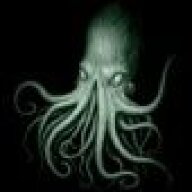 You think PETA gives a damn about mindless abominations while Spore has you annihilate civilizations, consume the eggs and babies of different species in front of their parents , abduct animals for experimentation and dispersion and ( my personal favorite truth be told ) forcibly remove their survival characteristics via the modifier and shit them down onto a planet as a flesh blob and watch them spiral to extinction. 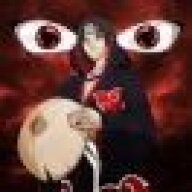