Peter Molyneux's Career Is a Series of Desks

Peter Molyneux's Career Is a Series of Desks

The venerable game designer of Populous and Fable explains how he went from indie to Microsoft, to indie again, and why. 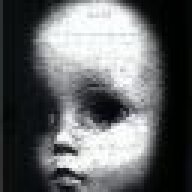 Loved Bullfrog, made some great games. Though PM really hasnt done so well, Fable series could have been awesome for someone who wants to innovate. But all he did was add pointless gimmicks like a dog, hand holding and farting. I really would like a 4th game to show what that game could be in the right hands. I hope PM makes a really awesome game like he used to in the future, innovation is fine and its great he is passionate, but innovation for the sake of it isnt good. Especially if more time is spent on that than actual core gameplay.
M

Early access is, unfortunately, a point I have to disagree on. Like many practices that were great at first (Free-to-play, Kickstarter, et al) as soon as someone figured out how to game the system it's been flooded with exploiters rather than developers using it to its potential, and curating everyone jumping on it has so far proved near-impossible. Some developers can use it well, yes, but should everyone do it? absolutely not. Not to mention that once a developer already has the money from early-access purchases, it can remove the incentive to actually finish the game for the more unscrupulous developers. Plus I can't help but wonder how many paid Quality-Insurance employees have been fired or further marginalized by the practice, when the publishers/developers can get people to PAY for the 'privilege' of doing their work.
Show hidden low quality content
You must log in or register to reply here.
Share:
Facebook Twitter Reddit Pinterest Tumblr WhatsApp Email Link
Top Bottom