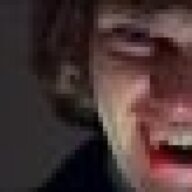 I'm so glad I went to Iraq so we could enjoy freedoms like speech and shit. le sigh.
F

Thank you for being the voice of reason here at least now I'll be able to gauge whether I'm wasting my time trying to explain things. If he can still find cause to argue with you or still keeps up the attitude in spite of your reasonable explanation then I won't bother any further. Its quite possible he and I would never agree anyway, but no doubt the endless back and forth of sarcasm and disdain wasn't helping matters. 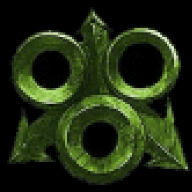 A most he should just say he is sorry and be done with it, if asked to say sorry i bet he would have its just a dumb little mistake and we all make them not fair to put him in jail for all that time.

All this madness is making me question how good the bail system actually is. Like isn't the purpose just to make sure people show up to their court dates? Because I sure most people can't afford just toss away thousands of dollars to the court, especially when they want to prove their innocence. Speaking of that word, why is the presumed innocent before guilty tossed in jail with the actual guilty criminals just because they can't afford bail? I thought the whole point of jail was to punish/"rehabilitate" criminals for doing crimes, not to punish people for not having money. I'm not saying everyone should just get a free pass if they can't afford bail, I just think that perhaps there are better places to put them while they wait their trial besides in prison with convicted criminals.

It's all probably due to costs anyway, like why spend extra money to keep them someplace safer when it's easier and cheaper to toss them into cells that's already been paid for. Probably sounding too idealistic, I know that it's not going to change anytime soon and it'll be alive and well long after me and anyone possibly reading this is gone, but it feels wrong and stupid the way things are now. Especially considering the extremely long wait people have to go through just for their trial to start. Just saying things could/should be done better, too bad money has a funny way of getting in the way of that.

How sad is it that I was able to get this story mixed up with a DIFFERENT jailed pro LoL player?
T

To be honest he has every right to make jokes like that even if they aren't in good taste. Paranoia is going too far, especially when it's dealing with kids. Those concerned about school shootings need to work on modifying the environment that causes them rather than going after any kind of violent behavior or expression.

That said, situations like this tend to be somewhat loaded because we do not know the entire story. For the most part law enforcement cannot reveal what information they have or uncovered to the media. Active investigations are usually kept under tight wraps, and the facts they have tend to only be revealed during trial. This does not however apply to the other side of most criminal cases, meaning that outraged mothers and such who might have no idea what the police have actually got and go QQ to the media and rally tons of support and put pressure on the process when it might be entirely misplaced.


To put things into hypothetical context if the kid was found to be planning a massacre with the info on the internet somewhere, and the police say raided a collection of guns and pipe bombs the kid was storing in a locker at a bus station, bowling alley, or whatever else, you might not ever hear about that since the police aren't generally going to tell the media unless the media finds out on it's own.

We do not know what the police have here, and to be honest if the prosecution is pushing the case and 8 years is the deal they are willing to offer on a plea, I think they have more than we're hearing. The authorities aren't going to push a case over a stupid internet joke that will cost them tons of money and then get thrown out by a Jury of his peers most of who would probably go "WTF, right to free speech and all that, why are we wasting time on something so stupid?".

The kid getting beat up in prison tends to make me think that there was something bad going on here too. Inmates tend to have their ways of finding out why people are in prison, and what they are accused of, no matter how secret they might try and keep it. Inmates also don't generally like people who do things to kids. It makes me think that he was probably planning on doing something for real, and that there is enough tangible evidence where the prosecution is confidant enough to bring the case before a jury.

That's my thoughts at any rate. I won't be signing this guy's petition. As far as I'm concerned he'll have his day in court, and if it's reported on, I'll give my opinion based on what the prosecution reveals. If this is about nothing more than stupid internet comments the kid should not only go free, but launch a huge law suit. Heck, by that logic they should arrest me for talking about mass murder due to some of my angry political rants. If they have some serious stuff on him though... well, I probably won't be very sympathetic, and just looking at this it seems to me that there is a lot going on here that we aren't seeing. 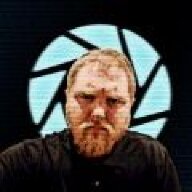 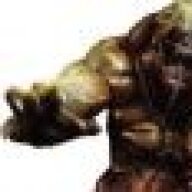 Hahahahahaha! Oh the land of the free indeed! With cases like this it is rather clear that U.S. is more close People's republic of China in terms of personal freedom than any western European countries. Oh you poor sods who have to live there. My sympathies.

Yeah, guy was idiot for making a statement like that on facebook, but putting him in jail for 8 years for it? Oh america, you so crazy. And they wonder why U.S. economy is in the toilet, with half of the working age population living in prison with goverment money taxed from the other half.
M

NinjaNikki said:
This is complicated for me as well. He posted a statement on Facebook saying that he's crazy and go shooting people at a school. And then a woman read it and took it way too seriously and actually found out where he lives and reported him. He deserves to be punished for doing something incredibly stupid, but eight years in jail is not the kind of punishment he deserves.
Click to expand...

By what moronic standard does he need to be punished? Ever played an online game? The tone is much harder than sarcasm. People who think this statement was in any way inappropriate need to go to the asylum instead.

Seriously, when has an internet petition ever been effective ,especially on something as large-scale as this?

Elfgore said:
This is a very complicated case for me. He without a doubt, did something incredibly stupid but... does he really deserve eight years in jail for it? Hell after that school shooting in Newtown or whatever that school was called, some kid from a neighboring school said he could do better on facebook and was arrested. He got away with a slap on a wrist from the judge and was expelled from his school. That should be this guys punishment. Give him some community service or something because this kid will be most likely murdered in prison.

What he did is not right and he deserves to be punished, but eight years in jail is to extreme.
Click to expand...

It was a bad joke, but quite obviously a joke. You shouldn't be able to hand down a freaking legal sentence for bad humour.

Wow... gotta love our country.. giving harsh punishments for nothing and small slaps on the wrist for actual crimes. Our country is run by morons. 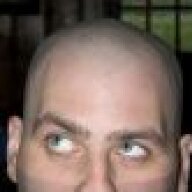 So it looks like some anon Samaritan posted his bail.. all 500K of it. Becha it was Gates.
T

I haven't been following this case closely and quite frankly it may have been answered already but the comment in question, was it posted on his page or on some form of community page like a LoL page? I'm honestly curious whether that makes a difference in the matter. To me if someone wrote on his facebook page and he responded there I can't see the big deal, yes it's a stupid comment but isn't 99% of facebook made up of stupid comments and photos of food?

Now if it were on a public page such as a Loy page...maybe I can see the harm...maybe but still not really. Make the punishment fit the crime? Give the kid a slap on the wrist and tell him not to be a dumb ass again but are people seriously saying he deserves to rot with the murders and the rapists of the world? A lot of people have suggested community service or a fine but I still think that's ab unjust punishment. To paraphrase this weeks extra punctuation the justice system should be about victim compensation first, I see no victims here apart from someone finding a comment distasteful.

chikusho said:
I guess you have a good point. The overabundance of information is both a blessing and a curse. On the one hand, people should know what injustices are being committed on a daily basis. On the other, once you see them stack up mile high it's easy to become apathetic and bitter.
Click to expand...

I think you just described me. >.>

Allot of people saying he shouldn't be able to say things like "shoot up a school" on facebook. Yes yes you should be able to. Its call liberty, I assume most people are familiar with the term?

I see a pattern. Joking about robbing a bank, but not actually doing it - Life sentence. 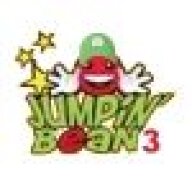 Let me start by saying that was a really stupid and tasteless thing to say.

However this is the sort of thing that warrants a fine or community service at the most. People saying things like "we should make an example of this kid" (potentially ruining his life and/or driving him to suicide) don't seem to understand that this sort of thing makes the "Justice System" a contradiction in terms.
Show hidden low quality content
You must log in or register to reply here.
Share:
Facebook Twitter Reddit Pinterest Tumblr WhatsApp Email Link
Top Bottom