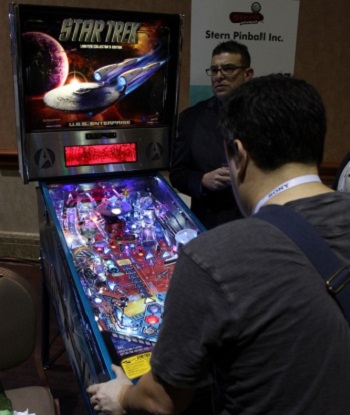 When pinball is outlawed, only outlaws will play pinball.

Pinball, the ever-present scourge of the youth, has ravaged the nation. The game steals from the "pockets of school children in the form of nickels and dimes given them as lunch money," as New York Mayor Fiorello La Guardia famously told the Supreme Court. For all these years, the city of Oakland, California has stood as a bastion of sanity in a corrupt land. Now, with the moral fiber of the nation unraveling at the seams, Oakland has finally decided to [a href=http://www.sfgate.com/bayarea/article/Jackpot-Oakland-decriminalizing-pinball-machines-5565613.php]end its 80 year ban on pinball[/a].

While the law hasn't been enforced since the [a href=https://www.youtube.com/watch?v=V8lT1o0sDwI]Germans bombed Pearl Harbor[/a], similar laws are still in full effect around the nation. Beacon, NY [a href=http://www.nytimes.com/2010/09/13/nyregion/13towns.html?_r=0]shut down a pinball museum[/a] back in 2010 because it violated an ancient rule. San Francisco still requires that pinball owners have a permit from the entertainment commission, because you need to have permission before having fun.

Just to put things in perspective, when Oakland first passed this law, pinball didn't even have flippers. Patrons would pull the plunger for a shot at winning something, and thus was seen as a form of gambling. Even when it developed into a game of skill, it remained illegal until Roger Sharpe, a famous pinball designer, [a href=https://www.youtube.com/watch?v=Kd9TWibHdfw]played a fantastic game[/a] right before the New York City council in 1976, proving forever that it was skill, not chance, that dominated the game.

Oh no! I've stumbled into some weird alternate reality where the germans were the ones to bomb pearl harbour.

Quick, there may still be time to stop Damien Lindorf ruining prometheus in this reality!

mrverbal said:
Oh no! I've stumbled into some weird alternate reality where the germans were the ones to bomb pearl harbour.

Quick, there may still be time to stop Damien Lindorf ruining prometheus in this reality!
Click to expand...

Quick to the TARDIS and Delorian we must save everyone.

OT: Damn didnt know pinball had so many laws against it. 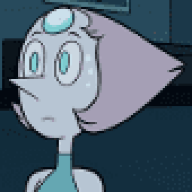 and so, a great nation finally dies at the hands of anarchy

mrverbal said:
Oh no! I've stumbled into some weird alternate reality where the germans were the ones to bomb pearl harbour.

Quick, there may still be time to stop Damien Lindorf ruining prometheus in this reality!
Click to expand...

The history nerd in me was frothing at the mouth until I clicked the link.


NuclearKangaroo said:
and so, a great nation finally dies at the hands of anarchy
Click to expand...

Psh, it was dead long before then thanks to the unspeakable evil of billiards. Nothing but trouble can come of it.

Great, legalize pinball and next thing you know, the kids will start listening to jazz and rock 'n roll and watching those color TV programs, and then we might as well surrender to the Communists and burn the Constitution.

But seriously, there's still thousands of these old, outmoded laws on the books all over the world. Politicians are much more interested in writing new laws than re-examining old ones.

Oh sure. Hollywood, land of explosions, blood and guts, sex and drugs, and a whole lot more. But pinball? HELL NO!

I wanna know just what California's on, and demand that they share it, for once.
S

Ever since I was young boy, I played the silver ball. From Soho down to Brighton, I must have played them all.

And now I can go to finally go to Oakland to complete my quest. 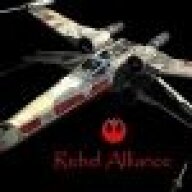