PlayStation Home Abusers May Be Subject to Permanent Ban

PlayStation Home Abusers May Be Subject to Permanent Ban 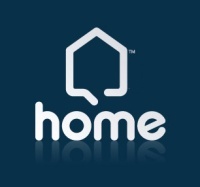 Peter Edward, director of Sony's PlayStation Home [http://en.wikipedia.org/wiki/Playstation_Home]service, has said that users who consistently abuse the service could find themselves permanently unable to access it.

Speaking at the Edinburgh Interactive Festival [http://www.edinburghinteractivefestival.com/], Edward said Sony would make different areas of Home available to different age groups in order to ensure appropriate content delivery. He said the company expects the service to be largely self-policing, with various measures for blocking disruptive or abusive users, and that Sony had no intention to become "virtual police." However, the company would have the ability to take drastic steps to eliminate the worst behavior.

"If you really, really misbehave you can have your console disconnected at a machine level, so you would actually have to move house and buy a new PS3 before you could get online again," Edward said. "Clearly that's not something we would want to be doing very often but as a disincentive to mess around too much it's in our power."

He added that Sony [http://www.sony.com]was not looking to offer a kids-only environment, and that adult users would have access to products and brands that would be kept out of the reach of children. "A large portion of our demographic is over 18 so we will make a point of catering to that demographic - we certainly don't want to dumb everything down to the lowest common denominator," he said.

Announced in March, the PlayStation Home service is a Second Life [http://secondlife.com/]-style social network which will allow users to select and customize avatars, chat, shop for products, play casual games and engage in other activities. Some parts of the service are free, while others will be available for a fee. The service is expected to launch this fall.

Edward also stated that both reliable age verification and drastic banning measures were relatively simple matters: "Ultimately we know a user's details, we know machine details and we know where they live."