PlayStation Now Beta Invites Are Now Being Sent Out

PlayStation Now Beta Invites Are Now Being Sent Out 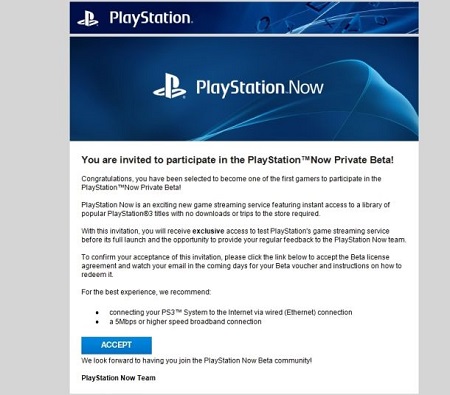 When Sony first unveiled PlayStation Now at its CES presentation <a href=http://www.escapistmagazine.com/news/view/131089-PlayStation-Now-Streaming-Service-Unveiled-at-CES-2014>earlier this month, it also promised to initiate a PS3-based beta test of the new service before the end of January. With the month's final days ticking by, it would appear that Sony is keeping true to its word as invitations to the beta are beginning to arrive in lucky users' email.

The invitations ask recipients to accept a beta license agreement that will then grant them access to a beta voucher that should arrive in their email "in the coming days." It also recommends that beta participants connect their console to the internet "via wired (Ethernet) connection" and that they maintain a broadband connection speed of "5Mbps or higher" to achieve "the best experience."

The invitations unfortunately don't contain much else of note. That said, it's still pretty exciting to see the first stages of Now getting under way. Granted, recent news that Now <a href=http://www.escapistmagazine.com/news/view/131754-PlayStation-Now-May-Exclude-PS1-PS2-Games-PS4-To-Get-Emulators?utm_source=news&utm_medium=index_carousel&utm_campaign=all>may not include PS1 and PS2 games is a bit of a potential downer. That said, the way I see it, this beta just gets us one step closer to a PS3 library I can play on my Vita, which is obviously what everyone is concerned about.

I got one but my PS3 died on me so I can't take advantage of it and it sucks.
S

5mbps is not going to cut it for games streaming. to stream a video in 480p without compression (and you dont want compression in your game nor do they have resources to do compression in real time) you would need more than 5 mbps. If you want 720 p (the bare minimum of modern games) your already in 30mbps and above range as a bare minimum. if you want to do HD (the thing every game should be able to do now) your goign for 50-60mbps even with low fidelity.

essnetialy, expect this to be tiny resolution thing or them lieing. it may be fit to stream PS1/2 games with that speed since they dont need large resolution as they werent designed to run on it (though they will look better on high resolution, emulators prove it). but thats it.
T

I didn't have a PS3 last time around so I'm pretty stoked for this, but losing out on all the PS1/2 games is a huge bummer. I guess it's just time for us to all cross our fingers now.
T

otakon17 said:
I got one but my PS3 died on me so I can't take advantage of it and it sucks.
Click to expand...

I'll take it off your hands. 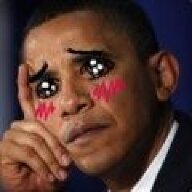 I guess I'll see when I can finally get my hands on it. Tried OnLive once, even with a 100 Mbps connection it looked so terrible I had to stop. The input lag wasn't noticeable in the game I was playing at least, that was the one positive thing I took away from it. However, considering most Americans have shit for internet due to the terrible practices of corporations, and Canada's insistence on similar practices and even data caps being the norm, I can hardly see this being viable for the NA region. It'll probably work amazing in Japan, however, considering their infrastructure and, you know, the fact it's an island.

otakon17 said:
I got one but my PS3 died on me so I can't take advantage of it and it sucks.
Click to expand...

I'll take it off your hands.
Click to expand...

It's an email link so I don't think I can just pass it on, sorry.
W