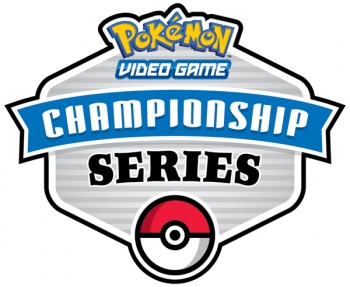 It's time to break out your prized Pokémon and prove that you're the very best in the world - like no one ever was.

One of the great things about the Pokémon games is that they can appeal to two very different audiences. For casual players and kids, you can blow through the Gym Leaders and Elite Four with just your level 70 Charizard if you so choose - but for people who want to take the game to a different level, there's a surprisingly deep strategic and stat-building game beneath the surface.

That second game is the one that you'll want to bring to the Pokémon Video Game Championships: This week, The Pokémon Company announced the next season of its yearly worldwide competition, including tournament dates, locations, and more.

The U.S. Regional Qualifiers will begin on Saturday, May 8th in Seattle - the home base for all things Pokémon Company in the States - and travel all across the country. Similar qualifying tournaments will be held concurrently around the world in Japan, the United Kingdom, Germany, France, and Spain.

Interestingly enough, thanks to the release of the wildly popular SoulSilver [http://www.amazon.com/Pokemon-HeartGold-Version-Nintendo-DS/dp/B0038MVFYC/ref=sr_1_1?ie=UTF8&s=videogames&qid=1278534217&sr=1-1], the league will be now allowing legendary Pokémon into the competition. So even if you'd rather take on all comers with your team of meticulously EV trained Rattatas (in which case, screw you and stop calling me, Joey) you might want to consider the fact that they'll probably be up against the likes of Mewtwo, Rayquaza, and the Pokémon God Arceus.

Which could be a bit of an unfair fight - just sayin', is all.

The tournament dates and locations are below:

"The return of the Pokémon Video Game Championship season allows Pokémon Trainers everywhere to join in and be part of the fun and excitement that Pokémon is known for," said J.C. Smith, director of consumer marketing for The Pokémon Company International. "This year we're increasing the number of tournaments and are implementing new rules to ensure some of the most fast-paced, exhilarating, and entertaining matches that the Pokémon Video Game Championships have ever seen."

Everyone who brings a copy of HeartGold and/or SoulSilver to the events will get a special event-only Pokémon: A special "shiny" Eevee that is a different color from those normally found in the game.

The fact it allows in legendaries is a bit rubbish, as is the fact it's in Birmingham for the UK people.

I think though, as publicity stunts go, this isn't bad, and the champion will probably be a worthy one.
or possibly just a lucky person with six random legendaries. Who knows.

The question is, though, can I evolve it into a "shiny" Umbreon?

tomtom94 said:
The fact it allows in legendaries is a bit rubbish, as is the fact it's in Birmingham for the UK people.
Click to expand...

Although, I may actually enter. Not sure yet, depends on time frame but if I can convince a friend of mine who plays to go...I may join in, at least for giggles

tomtom94 said:
The fact it allows in legendaries is a bit rubbish, as is the fact it's in Birmingham for the UK people.

I think though, as publicity stunts go, this isn't bad, and the champion will probably be a worthy one.
or possibly just a lucky person with six random legendaries. Who knows.
Click to expand...

Lvl 64 Klutz said:
The question is, though, can I evolve it into a "shiny" Umbreon?
Click to expand...

the answer is, though, yes

I suppose that 'to catch them is your real test', Mr Funk

Sounds a good Idea. The Birmingham NEC is a good place for it.
Allowing Legendaries? Thats risky.
Who would be going from the escapist though? (Come on, Someone must be going, especially with that Ratata joke that keeps flying around)

Allowing legendaries to be entered is a bit stupid, unless there is a level cap, although most legendaries (Rayquaza, Mewtwo etc) are all at Lv.70. When I used to play against friends at college, the rules we used were all Pokémon had to be Lv.50, no duplicates and no legendaries or ubers were allowed. I always lost of course because my opponent was constantly glued to his DS leveling several strategic team.

I don't like the legendaries, Narrows your choices down massively.

So that means the pure breed competition pokemon with perfect stats can be beaten by someone who turns up on the day with a team full of Ubers?

Also a shiny pokemon sounds like a shit reward for being the best gamer in the world...

Crud, my strongest is probably my level 60 something Luxray. And I know for a fact that he's not strong enough to fight in an actual tournament, lol. I suppose since it's in Dallas and I live there, I could always try to train him up strong enough, but I don't think I have that much energy.

Indianapolis, you say? My God, a gaming event that is close enough for me to attend without having to do some serious traveling! Must level up my team NOW!

NOTE: I don't have time to do EV training for my team and have all of my pokemon at level 100 for the event, but I still might as well enter just for the hell of it. Plus, who doesn't want a free shiny Eevee?

EDIT: The official rules are listed here. [http://www.pokemonvgc.com/en/regulations.php] Apparently Arceus is NOT allowed. Also, I guess there's a system involved where they automatically set all pokemon that are above level 50 to level 50 for the event.
R

tomtom94 said:
The fact it allows in legendaries is a bit rubbish, as is the fact it's in Birmingham for the UK people.

I think though, as publicity stunts go, this isn't bad, and the champion will probably be a worthy one.
or possibly just a lucky person with six random legendaries. Who knows.
Click to expand...

Wait, they allow ALL legendaries? What a load of crap! The Ubers should be banned, the same pokemon banned from the battle frontier should be banned here
Click to expand...

The uber tier has its own metagame, so there's still strategy involved. At least all legal Arceus can't be EV trained.

It'd ne cool to enter, but I don't have nearly enough time to actually train a team.

Hey, John! My rattata's doing awesome. It's better than other rattata, it's like a completely different class of rattata. You should come down to route 31 and see me sometime.

The DSM said:
Also a shiny pokemon sounds like a shit reward for being the best gamer in the world...
Click to expand...

Nah, the article says that it's for all attendees, not the winner. 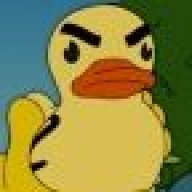 Still nothing in Oceania at all. Aussies get event Pokemon now thanks to Wi-fi, but we still get stiffed when it comes to competitive play. Oh well, already chained shiny Eevee. 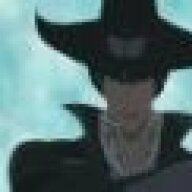 Lvl 64 Klutz said:
The question is, though, can I evolve it into a "shiny" Umbreon?
Click to expand...

oo i already have an Umbreon though...
Though with breeding perhaps you need not worry about loosing your shiny eevee
Seriously though i'm tempted to turn up just for the eevee XD

how do they know you didnt use an action replay. 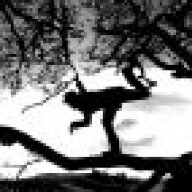 Ugh,none in Ireland.A shiny eevee is not worth travelling to the UK for,in all honesty.
Besides,since it has legendaries,it'd suck and I would get owned.