So for the first time a COD game will not have a proper single-player campaign and instead Treyarch are said to be focusing on putting in a Battle Royale mode. I have to say i'm very dissapointed in the publishers and devs for alienating a good portion of the fanbase in favor of jumping on the latest bandwagon. I don't see people buying this game just for it's BR mode, as Fortnite already has the massive advantage of being free to play, and those who are willing to pay for BR already have PUBG, so I can't imagine people caring that much about COD getting a BR mode.


Franchises getting rid of campaigns never goes well, it didn't work out well when Shadowrun went from classic RPG to third-rate Unreal Tournament clone in 2007, it pissed off a lot of fans when the single-player focused Rainbow Six Patriots was cancelled in favor of the live-services microtransactions filled Siege(which was a buggy mess on launch, which tells me the game not having a campaign was less of an artistic choice then it was a lazy one, as it seems the game only didn't have one purely because Ubisoft wanted the game out during the holiday season) and EA definitely lost a lot of goodwill when they forced DICE to make the first Battlefront without a campaign(which they later admitted was only so they could get the same out before Force Awakens).

I've always played COD solely for the campaigns, never touched it's MP(or zombies) and never will since i'm not an MP kind of guy(I don't take well to getting yelled at by assholes on the internet, don't need that kind of stress in my life) so i'm not going to buy this one. What about the rest of you? Will you buy it or skip it?

That's okay. It saves me the trouble of looking at reviews before deciding not to purchase this one. I'll spend my $60 on a more worthy game/games.

but can the COD engine even handle the space required for these type of BR maps? Every COD so far has been corridors and restrictive outdoor bubble corridors with a fancy painting dangled in front of you. They're not Battlefield prepared

other than that, could not be less interested in this now if I tried

And I always thought COD's worth was solely on the multiplayer (that's what people always tell me whenever I raise questions about the campaign). In a more serious note; on one side, it's good that they focus their resources in the game's strenghts (as their SP campaigns are very expensive to make), and maybe their MP will get a much more significant upgrade now. On the other, it's sad that CoD's singleplayer value will be nonexistent (even if it wasn't up my alley).

I admit I already wasn't interested on buying CoD, and this makes me even less interested. I hope that at least the MP players will be happy.

Yes I'll still buy it. Call of Duty hasn't had a good singleplayer since Modern Warfare 3.

there has not been good COD campaign since COD2.

otherwise. if you want COD MP. get Iron Sights. its free and basically COD MP and thus save 60 bucks.

True but the bad effects may not be limited to Call of Duty lacking a mediocre campaign from now on out. COD is an influential series so if they decide to skip the single player mode it may set a precedent for a very bad development.

Mixed feelings. "Black Ops III"'s campaign was a trainwreck and the multiplayer suffered from a severe lack of direction and emphasis on cosmetic stuff like those damn taunts which killed the pacing. Without a campaign hopefully more time and money can go into the multiplayer and especially their obvious passion project - Zombies. However the fact they're still desperately chasing trends gives me little hope that this new one is gonna turn out well.

I'm content with just pretending the "World At War" sub-series stayed a trilogy.

Meh, I will ignore it. I tend to get COD for the stupid bombastic single player experience even though I spend most of my time on the multi.

Actually from what I've heard it wasn't removed by activision, they were having problems getting parts of it working right and decided to just scrap it and add a battleroyal mode onto it instead.

I deleted Black Ops 3 off my Steam account because I didn't want it stinking up my collecton. Black Ops 2 was the last decent one. The MP is actually better than Black Ops in many ways as well. For literally everything else CoD though, BO is the clear winner. So yeah, I'm pretty much content now as far as CoD is concerned.

Ah, so they're jumping on a bandwagon I see. Because trying to give an audience something they already have always works out so well. I'd probably be more annoyed by this if I actually cared about CoD.

there has not been good COD campaign since COD2.

otherwise. if you want COD MP. get Iron Sights. its free and basically COD MP and thus save 60 bucks.
Click to expand...

True but the bad effects may not be limited to Call of Duty lacking a mediocre campaign from now on out. COD is an influential series so if they decide to skip the single player mode it may set a precedent for a very bad development.
Click to expand...

I don't think COD is as influential as it once was.

So, I don't particuarly care either way, but I'm kinda curious as to how this is meant to be justified in Black Ops lore, especially since the setting is apparently "near future." So, in-between BO2 and 4, a bunch of guys decided it would be fun to kill each other in a battle royale because...reasons?

Come on Treyarch, you could at least have set it post-3 and go full post-apocalypse, Thunderdome style or something. 0_0

I played and loved the WW2 set games. Played the MW game and it was boring. Not played a single one of their games since then. So this news doesnt matter to me at all.

BabyfartsMcgeezaks said:
I don't think COD is as influential as it once was.
Click to expand...

It's influental in that whatever bad practices it takes up, that practice becomes normalised in both mainstream mindshare and the development in every game beneath it on the totem pole concieved from then on. Which is everything, except for a select few, and it can influence those other huge properties to make the jump aswell.

So if Blops4 is rewarded with massive success, expect most every major title by Activision/EA/Ubisoft/Take-two(maybe Warner/Bethesda) to drop SP like it's a hot plate of shit for all their games not at a substantial state of development within the next five years. Bye bye AAA/AA SP anything.

And y'know before some asshat goes "eueugh, AAA sucks, mheeeh", I don't see any fucking game having SP gameplay like Call of Duty 1 from the indies nor smaller pubs, let alone games that came out after it that are not that impressive now. The heat death of the universe will have happened by the time some lowly dev makes a game with the production quality and complexity of Assassins Creed 2. And that's not much by today's standards.

Only SP experiences with a decent production quality you'll get from first party devs.
Click to expand...

I think that's greatly exaggerated, there's no way that this will kill singleplayer games. Devs might put a BR mode in their games but I very much doubt that they're all going to drop their usual singleplayer experiences because of it, these 2 things CAN co-exist.

No. But to be fair I wasn't going to buy it anyway. Not saying that to be cool on the internet, but I've not actually bought or played one since Modern Warfare 2.

Yeah I haven't caught on to the BR fad, and doubt I ever will. I'm one of those guys who was looking forward to another single-player (or at least coop) oriented Rainbow 6. I did buy Siege eventually, but after pouring a few hours in, on multiple occasions, realized it just wasn't for me.

I also played CoD for campaign primarily, but haven't touched the last few iterations. Just feel that there are better singe player FPS experiences out there. Currently playing through Wolfenstein 2, which is amazing in just about every aspect I can imagine. Pacing is a little inconsistent, but otherwise, it's goty for me.

It's pretty clear though, that the biggest game companies are simply looking at trends and the easiest, most convenient way to make a quick buck. Microtransactions brings in the dosh, especially those that you can tailor the gameplay towards the quick reward vs. hours of grinding model. Multiplayer is a lot cheaper to implement, and longer-lasting than a single player campaign. And BR seems to be cashing it in pretty big right now. Easy enough for any marketing exec to figure out in a jiffy, so it's no surprise really. 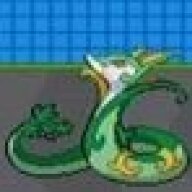 Honestly, if they want to just focus on multiplayer then that's their prerogative, and honestly this isn't changing my opinion about Black Ops 4 in any way. I wouldn't have gotten it even if they had a Single Player Campaign, TBH.

Now after all the kneejerk reactions. You guys need to realise something. What happens if this game sells just as well as or better than previous entries?

Hell they won't even need to sell as well as previous games, because ( depending on the sales/profit) of the money they'll have saved from removing singleplayer.

Think about that. Other publishers/ Devs may just think " Fuck it" why make a singleplayer game when multiplayer is where the money is?

This is the Perfect way to test this! Take a franchise that had both singleplayer and multiplayer, Remove one component ( in this case singleplayer) and compare the sales/profit made between the two!

This could set a very dangerous precedent!