Poll: Do you question people that play opposite gendered character in games

Personally if I can play as both genders I usually will, such as go through the game as a girl and then go back and play it has a boy. I don't think you should question someone over it. It's only a game and who wouldn't want to be someone they are not in real life even if it is the opposite gender.

If I'm playing an MMO I'd feel weird about it, but single player types I see no issue at all. In fact I'm vying for more Female Protagonists. Big busts are an option but not necessary. 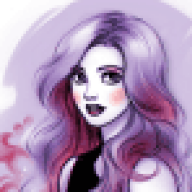 I am a male that usually plays as a female. I have many reasons.

One reason is I am a male that was raised by women, I never had a male in my life growing up, I had a mother, I had an Aunt and I had a Grandmother. As a result I turned out to be rather feminine.

Second reason is I was bullied a lot in highschool, bullied by boys. I grew up with mostly female friends. That's not to say I didn't have male friends and that I dislike males though.

Third reason is I am built very slender and I look rather girly for a male, so playing as a male with big muscles doesn't really suite me sometimes, unless I want to be something different.

Fourth and most important reason. The people I looked up to most in life, whether they were singers, actors, role models, what have you. Were all female. So playing as a female makes sense to me.

My two favorite types of characters I like to create in RPG's are Feminine males, or Tomboy females. Gender just really isn't that all important to me, if I can shoot fire balls out of my hands, why can't I play as a girl?
C

I once questioned one of those people.... myself. Mainly because this forum asked "why?" Otherwise, no, I don't question it. It's not weird or strange, and while there are some people who may do it for odd reasons - they are a minority and even then, that's their business. It doesn't really make a difference in my eyes, it's just another way of viewing the story at hand. To me, it is no stranger than someone watching and enjoying a movie starring a member of the opposite sex. 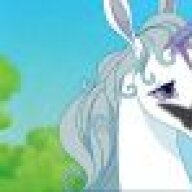 It matters if it comes up somehow. I don't have a problem with people playing the other gender in games, but in certain circumstances I prefer to know what the reality of a person is. Like, if we're going to become friends talking about non-game elements I'd like to know if I just talked about my PMS symptoms to a lady-friend or a guy-friend - things like that. Not that the gender would stop me from having the conversation, I just like to know - and it would bother me if a HE spun some story about how bad they get cramps in sympathy - that's not expressing yourself by picking another gender in a game, that's lying to a potential friend person. Things like that.

Also - when I ran an RP group in an MMO I insisted that people disclose their actual gender to me in the initial interview and to any other player they were going to have an in-character romance with - just to avoid any problems for the group as a whole or surprises or big tantrums. 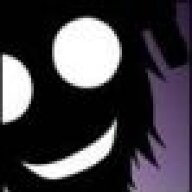 No, because I am one of those people...

Sometimes the odd person asks me why... It's boring playing just male characters, especially in RPGs or where you have an option to create your character from scratch! 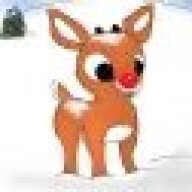 Not at all! I don't see other people online as boy/girl (more like floating voices. For all I know, they could be some advanced A.I. that has yet to reveal themselves to the world...like Jane from the Ender's series.)

As for me...it may sound silly, but I think up a badass name first, then depending on if it sounds masculine/feminine, I go male/female.
L

I tend not to question those people, because I am one. >_>

I'm not sure why, but most of the time I'll load up a game and I'll select male. I just like the way men look, their whole physique, major plus if I can give him a rockin' beard. (The stupid outfits for she-folk don't help) Now, just because I play male on the first playthrough, doesn't mean I necessarily want to be a man in real life. I'm quite happy bein' a lady.

Also, playing an MMO (or something) I might still select to be male (if it's a large male pop.) just to not bring attention to myself.

(I can also see a man playing as a women, especially because they sometimes have super revealing clothing)

Yes, they make me suspicious just like women wearing trousers. This ain`t right and i fear what will become of the world.

Is this serious? If so then no. I tend to play male characters but i have no problems playing the role some games force onto me (as little as they showed from Faiths character in Mirrors Edge i liked it a lot).
If a game features character customization i like the male options most of the time more. Creating a female i want to play is harder for me than creating a male. Besides most of the time i prefer male clothing/armor.

I`m a woman by the way
...maybe not i`m not sure anymore. Cross-gender gaming always confuses me.
P

No I do that on occasion too...

No I don't see a problem with it. I do it myself now and then. 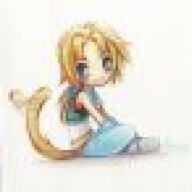 im a girl and if i can choose genders i always choose girls just because for online reasons im very girly when i talk so, it would be weird if my character was a guy, also. male characters are always huge armed and beefy and ugly, i prefer to play lithe characters and sadly its always chicks

I'm surprised the "nos" are that high. Though this is kind of a weird site.

There seemed some obvious discussion value right in the beginning of the thread. It's bad enough when people ask for discussion value (because seriously, you can't figure out what to talk about without strictly defined boundaries), but when the only hindrance seems to be that it's not explicitly pointed out, it's getting pretty ridiculous.

If it's in a game with a Female protagonist, they obviously don't have a choice. I'd be more questioning of someone who deprived themselves of a good game just because they didn't want to play as a girl

An MMO...I admit, I often play female characters in those myself. If I am gonna spend hours grinding in an MMO staring at somebodies ass, it may as well be a nice one.

and so on, and so forth. 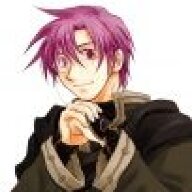 If I did, I'd be a hypocrite. Which gender I choose to play as depends on the game. For example: in Mass Effect, I much prefer Shepard to be female (I will not use that nickname, it sounds stupid), but in Dragon Age: Origins, I favor a male Warden.

I spill my drink!

I'm not in the habit of questioning myself, no. 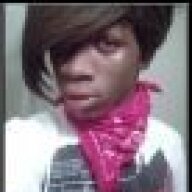 Depends on the person really. Like if it's a huge nerd or a guy that fancies himself a manly man's man, it's funny.

I only question it when they use it for some kind of gain, like to bully or bribe people and get away with it cos "they're a girl". So basically I don't like it when they use it as a "disguise," as apposed to "playing as". People that lie about their sex to get an undue advantage for whatever reason, or to deceive and trick people.