So, unlike my previous review, this is not a particularly high profile game, nor is it a particularly emotional game, but Patapon has always had a special place in my heart (oddly, in a place marked "Compassion") and I have adored this franchise since it's first little screenshot. If you can't be bothered reading my review and would like to make me sad, then just read this sentence: Patapon 2 is fun, deep and almost worryingly addictive.

For the uninitiated, Patapon will seem very strange indeed. While explaining to a stranger on the bus, I was almost at a loss for words. Patapon, essentially, is a rythm/strategy game where you are the guardian deity of the Patapons, a tribe of (nearly) immortal eye-people. There are several classes of Patapon ranging from frontline soldier the Tatepon or the large brutes the Dekapon. You form an army and command your tiny minions to attack, defend etc by using a set of drums mapped to the PSP face buttons. Square is PATA, Circle is PON, Triangle is CHAKA and X is DON. Combining these in various ways is key to controlling your army and may God save your soul if you can't keep the rythm.

Patapon 2 starts where the first left off, with your tiny people crossing the ocean in search of IT, what IT is and what it does is a mystery and your main driving goal. Unfortunately, the sea be a cruel mistress and the tribe is attacked by a sea monster and washes up on shore. Here, a surviving Patapon, a flagbearer called Hatepon, summons you and gives you your first two drums back, allowing you to command him to move forward. He gathers the survivors and you return to Patapolis, your hometown. Why yes, this game is odd.


[img width=400 alt=Yes, very strange.]http://zerolightseeds.files.wordpress.com/2009/05/patapon2_battlehero_screen.jpg[/img]​
Rebuilding Patapolis is no small task, and so you set off with your spear-throwing Yaripon on the hunt for supplies. Along the way, you encounter your Hero, a nameless, forgetful Patapon who joins you and is the big addition to the sequel. Your hero can be fully customised the same as any other unit with weapons and armour, but, being a hero, he can change his class before any mission to whatever you believe suits you. For each class the Hero replicates, it also gains a specific special ability awarded for properly keeping time. As a Tatepon, for example, keeping time properly puts up a protective barrier around all other Patapon, with the cost of him being immobile.

Exploring Patapon's world opens up new areas, and new areas means new loot. Each area has a specific task, whether it be practicing strategy with a trio of talking cannons (yes, very strange) or beating up a giant farting ostrich (very strange indeed). You're never really at a loss for something to do in Patapon 2, and you're constantly being rewarded. Going off the story path could get you some new songs to give you a greater control over your units, or could net you some rare loot that will allow you to level up your army.

Yes, by accessing a large tree in Patapolis, you can exchange goods for levelling up your army in an evolution tree. How you level up your units differs if you go down one route or the other. Think of it like a motorway. Take one exit to the shopping centre and you won't be able to get a sandwich from that one deli you like. This is all allocated to one specific Patapon, not the entire unit so you're free to experiment. But wait, T-Bone, you ask, what if that one guy dies? Golly gee, then all your loot will be moot!. Well, remember when I said the Patapons were nearly immortal? Yes, you do, anyway if one of your units were to die on the battlefield, his hat will be collected automatically and will be buried under the tree of life in Patapolis, and he will be reborn from the tree at no cost to you. Just pretend that makes sense and we're golden. But it helps that the game lets you invest in your army personally, it's a small thing, but after a while you may start to develop an almost paternal nature about them, you're going to want to defend them and you're going to be motivated to continue.


[img width=350 height=250 alt=This is the aforementioned farting ostrich.]http://gaygamer.net/images/patapon_2.jpg[/img]​
But wait, T-Bone, you continue, annoyingly, doesn't that mean the game's really easy? I mean, just bringing your units back from the dead seems awful stupid. Well, yes and no. Once you're in a mission and you lose a Patapon to a wooly mammoth or a dragon that shoots laserbeams, it's gone until you return to Patapolis. Having your Patapon return between missions is a great motivator when you're fighting a giant tree made of clouds and it just won't die. So go off and find some loot, level up your army and return with a stronger team. It's almost like in every action film ever, the disgraced hero trains up and returns to the bad guy's lair. "Did you miss me?".

One thing must be said, though, about the lack of a pause button. Levels on average tend to be around 20 minutes long and if you get a phone call or are asked to something in those twenty minutes, you have three options: set the game down and lose your fever mode and possibly be mutilated by a hidden creature, quit the mission and return to Patapolis or put the PSP in sleep mode. For a game with so much emphasis on following a beat and keeping to a rythm, these options are pretty bad. You almost always lose your groove at the tiniest distraction.

As I was saying to the stranger on the bus, this game will worm into your head and will simply not leave. With all the repitition in the music that's to be expected, but you can't expect just how much the songs will stay with you. Even as I type this now, I'm hearing the Patapons sing the DON DON CHAKA CHAKA song and I very much doubt it will go away soon.

So, after all is said and done, Patapon 2 is a great game. It's addictive, playable, accessible, distinctive and a whole bunch of other buzz words. Should you happen upon this game, I urge you to pick it up. It's zany, but give it a try. Patapon will stay with you for long after you put the PSP down.

This has been T-Bone, your guide to the world of opinion.


Anywho, I write sometimes. Here's some of my other reviews!
Mass Effect 2 [http://www.escapistmagazine.com/forums/read/326.174701-Poll-Generic-Amateur-Reviews-Mass-Effect-2]
PREVIEW: Just Cause 2 [http://www.escapistmagazine.com/forums/read/326.179857-Poll-Generic-Amateur-Previews-Just-Cause-2-Or-How-I-Learned-to-Stop-Thinking-and-Love-the-Explosion#5256626]​

HASTY EDIT: Oh no! The second image appears to be broken. Just imagine a farting ostrich to the left of the seventh paragraph. 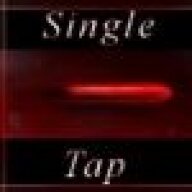 I believe this is a well done review. I really can't say much because I am just starting myself but this definitely made me want my psp back for a few days to play this.

I love the feeling of reading the first comment on a review of mine. Thank you for the kind words, but I'm open to constructive criticism.
S

I really want to play that now...it sounds so addicitive!

Oh, and excellent review, gave a fair view of the game overall.
I can't really think of anything wrong with it, so sorry on that front!

SimplyTheWest said:
I really want to play that now...it sounds so addicitive!

Oh, and excellent review, gave a fair view of the game overall.
I can't really think of anything wrong with it, so sorry on that front!
Click to expand...

Thanks for the kind words! I've always loved doing reviews, it's good to hear that I don't suck at them. 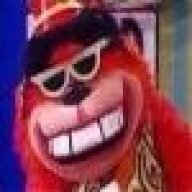