Poll: Has a sequel ever gotten you into the rest of the franchise?

Yes Fallout, Elder Scrolls, Half Life, Silent Hill and many others i'm sure. 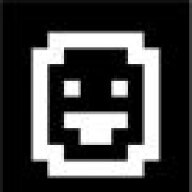 Played Final Fantasy 8 First. Now i love all of them. 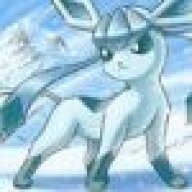 Yeah. A great example is Devil May Cry 3.
L

That would be GTA: Vice City for me. When I was younger I had played a little bit of the very first two but didn't think much of them. Then my friend told me to borrow his copy of Vice City because it was amazing, and I was skeptical from my memory of the old bird's-eye view style.

But holy shit it was not what I was expecting at all and I found my first love. Because of that game I decided to go and play GTA 3 and then San Andreas when it came out soonafter, which is my favourite game of all time. 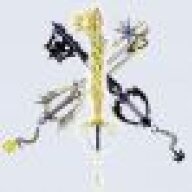 A pretty loose example. My brother and I were looking for PS2 Shin Megami Tensei games for a bit. We finally got our hands on Persona 4 and I ended up playing almost nothing else until I was 80 hours in. Now we pretty much pick up any SMT games we see on principle. We were already kinda looking for the games, but didn't really know exactly which we would start with. P4 was just the first one we saw.

Final Fantasy VIII was my first Final Fantasy. Since then I've played FF's one through ten and, thirteen. I've only beaten two, four, seven and, nine though. Currently own four, six, seven, eight, nine and, thirteen. That's really the only one that comes to mind though to be honest. I guess it could be argued that Holy Grail got me into Flying Circus though since FC came before HG.
N

Not sure if it counts but I saw Serenity before Firefly. Oh and the person who showed me Serenity wasn't aware firefly even existed.
T

Metal Gear Solid 3 is technically a prequel to Metal Gear Solid 1 and 2 but it was the first Metal Gear game I ever played. After finishing it I had a deep love for the gameplay and story of the series and have to this date played every game in the series including the portable games.

God of War II made me go back and play God of War I. I played God of War III when it came out and played the portable games when they came out.

I played Assassin's Creed 1 and enjoyed it but Assassin's Creed 2 is when I truly felt like this would be a fun franchise to stick with. I have played all of the (main, haven't touched the portable ones) games in this series as well.

Red Dead Redemption (not sure if this counts) got me interested in the Grand Theft Auto games and gave me appreciation for RockStar as a company as it was my first RockStar game. It also made me play its spiritual successor Red Dead Revolver.

Resident Evil 4 was my first Resident Evil game, also my favorite one. Got me to play the older games and Resident Evil 5. I still think 4 is the best after having played all of the other ones.

Bad Company 2 got me into Bad Company 1 and drove me to purchase Battlefield 3. I have yet to play any of the other Battlefield games as I don't really like multiplayer exclusive games (maybe that might change if I was more of a PC gamer).

That is about all for now. 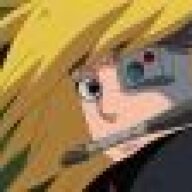 WolfThomas said:
I never played the first Assassin's creed, but I really enjoyed AC2 and the sequels.
Click to expand...

Same, I read the plot of AC1 on wikipedia and went straight to the far better AC2. Though I'm not sure that counts as I didn't go back to AC1 as a result of playing AC2.

Mine is similar to the OP. I really enjoyed the ME2 demo. So I picked up ME1 first, beat it, pretty good. Then I bought ME2 and loved it. Waiting on ME3.

Fallout with Fallout 3 due to being a mostly console gaming household.

Grouchy Imp said:
Fallout 2 and Daggerfall are the big two that spring to mind from the gaming world. Aliens (and technically Episode IV) from the film industry. Also Mort got me started on the Discworld books as a kid.
Click to expand...

thats how i started with fallout and elder scrolls, also wingcommander 3
Click to expand...

I never really gave the Wing Commander series a shot. A mate of mine had a copy of one of them (couldn't tell you which) but at the time my space sim of choice was the X-wing series, so I skipped the boat on that one. 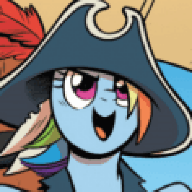 Another would be Pikmin 2. I guess this may not count because afterwards I got the first and didn't like it that much (too hard).

Kingdom Hearts 2 is the last I can think of. I still like it a whole lot more then the first installment, but it most ertainly got me into the franchise. 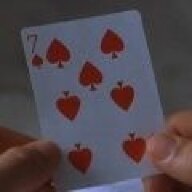 Glademaster said:
I find anyone who willingly suggests Firefly to someone else and evil and twisted individual who has no soul. I know it wasn't the case with you but I am putting it out there.
Click to expand...

Why would you do that? Is it because it might leave this person craving for another season but knowing there wont be one?
Actually I did suggest Firefly to a friend. We watched it on his LCD projector and it was awesome 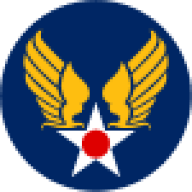 The two game series that come to mind are Fallout and Metal Gear Sold. I got into the the Fallout series because of Fallout 3 and then went back and played the other two games. The First Metal Gear game I played was MGS 2, never did go back and play the first...

I generally avoid games if I haven't played the previous ones, unless the story and characters are arbitrary and have no major impact on the series as a whole, like in games such as Saints Row. 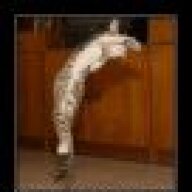 HeOfMalice said:
I cannot play/read/watch a sequel without experiencing the first one(s). It's a huge pet peeve; I just cannot do it.
Click to expand...

Yeah, but how about when a sequel isn't clearly labeled a sequel? I grabbed Deus Ex: Invisible War in a bargin bin many years ago and loved it, and sooner or later I figured out that it was a sequel. Imagine my frustration when I found out that the first game was a PC game. So about two years ago I picked up the original, and about a year ago a got desktop suitable for gaming. I started a little while back but put it on hold for the 3rd game. Last night I played for a few hours and I'm about to scuttle the grey death ship in Brooklyn.

I've come to the conclusion that Human Revolution is actually the weakest game of the series, but it's not bad, just not challenging. You never need to really figure out HOW THE HELL you're going to get through a situation, you just need to figure out how to get every single bit of loot and experience within a situation. WEAK SAUCE

Also, sometimes there just isn't enough time to play "THE FIRST GAME!!!11!" when you're trying to play the classics that you may have missed because you were too busy with life when they originally came out. I've also recently played through Gothic 2 and Half-Life 2 and I just read the stories' of the first games because the sequels have much more praise heaped upon them than the originals.
Show hidden low quality content
You must log in or register to reply here.
Share:
Facebook Twitter Reddit Pinterest Tumblr WhatsApp Email Link
Top Bottom