Poll: Help finalize the list of contenders for the Second Annual Reader's Choice Game of the Year

No Smite? Right then, with my real GotY gone, i'll go with Reaper of Souls because it actually made Diablo 3 several flavours of kick-ass. 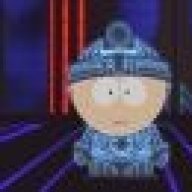 I went for South Park, that's an underrated gem.
G

Banner Saga really ought to be up there, I was very partial to Shadows of Mordor as well.

Oh man, it wasn't that great a year for games for me. Only three games from the poll I heartily enjoyed (Wolfenstein it is!) and from the other list there is only one I could honestly call a great game with no if's and but's. :S

Not too unexpected with a new console generation, but still a bit disappointing.

My vote goes to Wolfenstein, but I hope both it and The Wolf Among Us make it. The New Order was my first Wolfenstein game, and I expected just mindless shooting, as that was what I had heard. What I found instead was great game-play overall, along with a great story with great characters that genuinely moved me on more than one occasion. As one of those rare gems with both a strong story and strong gameplay, I can't help but recommend it.

Wolf Among us had a great story/characters, and had really interesting game-play that was unfortunately mired by technical issues. Fights, chases, and loading screens in general became frustrating, and on more than one occasion I feared the game had simply crashed behind the loading screen. So why do I recommend it? Because I was still eager to play it in spite of those failings. Great characters, interesting mechanics, and an extremely gripping setting are still more than enough to give this game a recommendation. 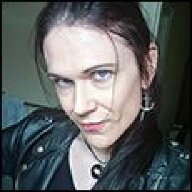 Ten Foot Bunny said:
Had a tough time deciding between Stick of Truth and Borderlands, but I had to pick the one I loved so much that I played every class to completion.

So Stick of Truth won.

....Th...That was a joke...right? Like...did you just seriously draw a line connecting Borderlands with 'gritty realism'? The silly-as-fuck shooting game with a shotgun that shouts like the Australian equivalent of deep South, redneck white trash?
Click to expand...

No, I meant that I like Stick of Truth, Borderlands, and Saints Row 4 more than other types of games because they're NOT gritty and realistic. I'm sick to death of serious games and am glad to see silliness finally having its day in the sun.

Now if only REAL horror games would come back. I long for that day.

Wait, Wolfenstein: The New Order wasn't in the candidates to begin with?

This SHALL NOT stand. Though I am still hoping Bayonetta 2 wins overall (if only because it's the only game that overtook W:TNO as GOTY for me).

xSerix said:
Was tales of xilia 2 good?
Click to expand...

I thought it was pretty good. It felt more like an expansion than a true sequel though.

Ten Foot Bunny said:
Had a tough time deciding between Stick of Truth and Borderlands, but I had to pick the one I loved so much that I played every class to completion.

So Stick of Truth won.

....Th...That was a joke...right? Like...did you just seriously draw a line connecting Borderlands with 'gritty realism'? The silly-as-fuck shooting game with a shotgun that shouts like the Australian equivalent of deep South, redneck white trash?

OT: My vote's for Transistor, though truth be told, I haven't played many games on this list. Bravely Default is fun, but I regretfully have only played up to the third or fourth major boss fight; I stopped after I completely rebuilt the town...I really should pick that up again.

Also, it feels like a tragedy that Stick of Truth is winning over Walking Dead: Season 2. Like the Republicans winning the midterms twice in a week. -.- At least The Wolf Among Us is ahead; it seems like it definitely deserves the one spot.
Click to expand...

I'm glad Wolf Among Us and Stick of Truth are in the top; I had such a hard time deciding between the two, nice to see I'm not alone. In the end I went for Wolf, because I feel it simply deserves to be a game of the year contender, but South Park was still damn fun.

I reckon a few more of these should be on the Readers Choice instead of the predictable big-name choices that are confirmed. We should be acknowledging the beloved sleeper hits like Wolfenstein, Shovel Knight, Divinity, etc. rather than predictable choices like Watch Dogs and Destiny, especially considering nearly everyone was calling them out as overrated after about a week.

Diablo 3: RoS and it isn't close. This has been a really down year for great games in my opinion. There's been some okay indie stuff (Wolf Among Us/The Walking Dead) but as far as AAA games go, D3 is the only one I thought was very well made and worth the price tag.

Given those options, Transistor and The Walking Dead S2 are the two that really stand out in terms of quality. The only other games on that list that I have played were:
Borderlands: The Pre-Sequel - It was okay. Pretty much the exact same as Borderlands 2 but with zero gravity and laser weapons. It would probably have been more fun in co-op, but considering that none of my friends got their asses into gear, I guess I will never find out. And fucking Pickle. Fuck that kid.
The Wolf Among Us - Once again, it was okay. Nowhere near as impactful as The Walking Dead S1 or S2, but it was okay. Just [i
]okay[/i].
Civ: Beyond Earth - Admittedly, these are just my impressions from the demo, but it just seems like Beyond Earth was just a "Best of Civ V" game, but with a sci-fi skin. The game will probably stand out more with an expansion or two under it's belt, but it was just too similar to Civ 5 for me to really give it any credit.

Also, a little weird that AC:U, Far Cry 4 and DA:I get a free pass into the GOTY category just for being a AAA game despite not even being released yet. I get that there is a lot of hype surrounding those games, but still, a little weird nonetheless. 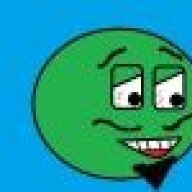 Had to give it to The Walking Dead: Season 2, though it was a close call.

Wasteland 2 and Divinity Original Sin get my vote.

hickwarrior said:
I wonder if there's a help post that lists all of what you can do.
Click to expand...

This one is better.

hickwarrior said:
I wonder if there's a help post that lists all of what you can do.
Click to expand...

I agree, that one is much better.

I picked Stick of Truth. Its the only game I've played partially.

How the hell are three unreleased games "definitely" going to be included in the list? I mean, I have no doubt they're going to be good, but shouldn't you wait at least until they're out before putting them on the list on the sole qualification of being AAA games?

OT: The Wolf Among Us is my current GOTY, followed by Wolfenstein: The New Order.
C

Hmm I read it as pick 2 in the poll to vote for but I only noticed it showing ShadownRun just before I finalised it. Divinity : Original sin was my First choice. Wording could be better for the poll though for dummies like me
Show hidden low quality content
You must log in or register to reply here.
Share:
Facebook Twitter Reddit Pinterest Tumblr WhatsApp Email Link
Top Bottom