Poll: If you had the opportunity to remake any game you wanted, what would you pick?

The entire Rainbow Six series in a modern engine. Rogue Spear in HD!!

Other games I wouldn't mind seeing re-made (Graphically)
- Swat 3
- Splinter Cell
- Matt Hoffmans Pro BMX - Just to relive one of my old summer holidays beating it with each rider! 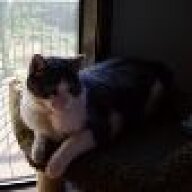 I'm not that big on the idea of remakes. Most of the games that I loved back in the day still hold their appeal for me today. Also, in some cases, I think remaking a game with modern graphics would rob it of some of its charm. For example, Fallout 2 had very few character models (eight, I think, according to one NPC in the game who was breaking the fourth wall), but some of the characters had interesting or amusing descriptions when you used to look cursor on them. My favorite was the guy in the Hole whose description simply reads: "This guy only has one tooth!" I actually really enjoy using these sorts of descriptions to visualize the characters.

Planescape: Torment is another game for which this would be the case. There was a ton of descriptive text in that game, and it would most likely be lost in a modern, 3D remake. There is no way that the scene where you ask that one lady to cut you open and go rooting around inside you looking for loot would be even half as funny if it was rendered in a cutscene with modern 3D graphics, instead of being explained entirely through text.

That said, I think I would be interested in seeing the KotOR games get remade with better combat systems. In both games, I found combat to be a boring time sink between the interesting stuff (and I don't thing anything would be lost by upgrading the graphics of these games; they had already made the jump to the modern, cinematic approach). Similarly, while I still find Dark Forces fun to play, I think it could benefit from a combat upgrade. The innovation of using WASD + Mouse is much better for FPS games that the old arrow keys + autoaim system was. 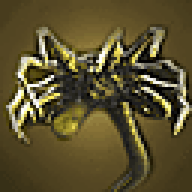 Mostly just so I can actually play it on my PC.
Click to expand...

THIS THIS THIS THIS THIS SOOOOOOO MUCH THIS! Seriously, amazing story line, if they had just waited for better gameplay advancements this would have been the best game ever. Also, if you are having an issue running it, check out GoG, they pretty much have Planescape made so it can run on everything.
Click to expand...

There was better gameplay at the time, too, though. From games on the same engine, no less! Still, it would be nice to be able to play the game without having to endure the awful combat. I loved the rest of the game, just hated the combat, I feel like it would have been much better as an adventure game.

I'd hate if they added full motion, fully voiced cutscenes, however. Losing the descriptive text would cost the game a substantial amount of what makes it special.

I'd love a remake of Vagrant Story. I still find the game incredibly enjoyable to this day and it still somewhat holds up visually. But that art style, that mastery of light and shadow would look mindblowing in a modern engine (so long as they got rid of the assless chaps and shit). It would be great to be able to enjoy it's fantastic script with voice acting, too. I could imagine a Legacy of Kain-esque delivery working brilliantly with the game.

I also think a Dark/Demon Souls combat style would work nicely, but I'm not sure I'd want to replace the combat as I do like it in the original.


Dragonclaw said:
There are quite a few franchises I want back...maybe a remake would help kick them off again

There was a spinoff/sequel thing on PSP relatively recently. I don't know if it's any good, though. Apparently it's a pure action game. 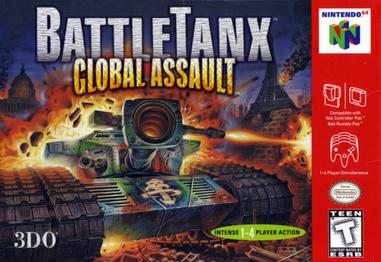 Oh man, that game was so much fun, it would be fucking great as an HD remake.

I also agree with OP, Eternal Darkness on current gen consoles with current gen (or next gen) ideas and whatnot, would be fucking awesome. That game was one of the best mind-fucks I've ever had the joy of playing.

I think if I had the opportunity to remake a game, I'd pick either Advance Wars 2: Black Hole Rising or Metroid: Other M. Advance Wars 2 on xbox or PC with better graphics and online capabilities would be fucking awesome. Maybe make a longer campaign as well, but I wouldn't change much about it. MOM on the other hand... The gameplay would get a bit of tweaking so it flows better and isn't so easy to abuse, but the story would be thrown in the trash and everything changed. Samus wouldn't be a wet rag to be thrown about, her CO wouldn't be a giant cock, and the plot progression wouldn't be so stupid. 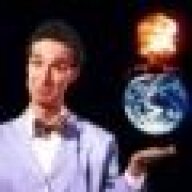 Vampire the Masquerade Bloodlines
It was already almost a bethesda level Open World but with good emotive voice acting and faces
Keep the Gorgeous sprawling story and meaningful meandering side quests and give it next gen graphics, less bugs and a decent marketing and it would be amazing

For me it would be Timesplitters, and while I dont like the idea of remakes that much I do feel that its ok to do it if there isnt any game quite like it present in the market (thats why I dislike the remakes of franchises that still go hard like Halo, Zelda, Silent Hill, etc... the Metal Gear remake is kind of ok since the gameplay of the second one can be considered unique now and it was multiplatform making it accessible to people that dont own a PS3) 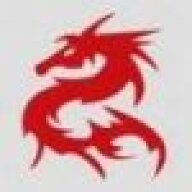 I want a 3DS version of Balloon Fight, with Mii integration, stage builder and StreetPass and SpotPass to swap created stages and records.

Also on 3DS, a new Ice Climber. The format is perfect for a portable game, with new modes such as Endless Mountain (see how high you can climb) and Time Trials.

And a Wii remake of Iggy's Reckin' Balls! I say Wii because I think the controls would work well with the ability to point and click. That was a pretty unique and interesting game, it'd be nice to see it get another shot.

NinjaBread Man, take it to PS3. Completely ignore the other (horrendous) game, in fact, the name is the only thing I'm keeping for this one. The game is a metroidvania-esque side-scrolling hack and slasher, with the idea that the game is over-the-top violent... but because all the characters are biscuits, cakes and other confectionary, when you slice them open, jam goes gushing everywhere. There could also be puzzle elements, for example tipping over a glass of milk to dissolve a biscuit blockage.
T

Hmmm, I'm going to have to go with either Manic Miner or Repton Mania.

Repton Mania was the boy! 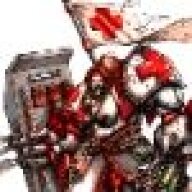 Turok 64 series, work them all into one massive game keep the feel between Turok 1 and 2 (only pay homage to 3 for the sake of completing the story) Oh and pretend the other reboot of Turok never happened.

Hexen and Heretic could use a whole new reboot treatment too.

Both were awesome games and Sonic Adventure 2 holds a special place in my childhood. But my god is the voice acting horrible and the graphics, while good when the games came out, are really dated. Revamping some of the levels would help as well. Also making some more engaging multiplayer than that in Adventure 2 Battle would be awesome.

Anyone wondering how to play Planescape: Torment in 1080p (or whatever res you want) with no crashes, compatibility issues, bugs, and content that Black Isle didn't have time to finish? Spend about 20 minutes with this:

I would love to see the PS1 King's Field games with a cleaned up translation, re-organized UI so that the inventory is easier to deal with, and beef up the graphics a bit.

Modders are slowly working towards it, but I'd also love San Andreas in GTAIV's engine. 3 and Vice City if Rockstar felt like making a pack, that ought to print money.

Usually I'm against pure re-makes because a lot of soul gets removed from the original in some cases (Silent Hill *cough*), but there's cases where now-archaic and cumbersome mechanics and UIs could get modernized without the bad aspects of today's gaming jumping on.
A

Dragon Age 2 comes to mind, because it had so much potential, but it was so poorly made that all the potential was thrown out the window.
B

kman123 said:
I swear I saw this two days ago and I'm going to say the exact same thing.

Oh my God - Lucasarts needs to make this happen! I hadn't even thought of those games but yeah, modern mechanics with KoTOR (none of this online bullshit) would be amazing. Good call.

And my bad! Did search for simlar topics before creating this one, mustn't have looked hard enough.
V

I would have said FFX since I have wanted one since the ps3 came out but thankfully Square Enix beat me to it.

Monkey Puncher, it was a fun enough enough game that I would like to see explored and expanded. I pick this game because it is likely to never be remade and as such would make more sense than a game someone is likely to remake anyway.

Good idea, if they did that I hope they would swap out the use a cd to make a monster feature for someone similar with either DVDs or downloads.

Good idea, if they did that I hope they would swap out the use a cd to make a monster feature for someone similar with either DVDs or downloads.
Click to expand...

Before my PS1 bit the dust. The last game I was still playing was Monster Rancher and I was using other games, DVDs & CDs. But, there is much potential for downloads, kinect and maybe smart phone barcode scanner stuff....

Mirror's Edge. I would take out the guns and in their place I would put back every part of Rhianna Pratchett's story that got left on the cutting room floor. I'm told there was a lot, all of it, no matter how bad, would have been better than the use of guns in the game (by Faith, let the enemy keep them but turn the disarm moves into actual disarm moves rather than I take your weapon and shoot you with it moves, Faith is explicitly a runner, not a killer, let her run).
Show hidden low quality content
You must log in or register to reply here.
Share:
Facebook Twitter Reddit Pinterest Tumblr WhatsApp Email Link
Top Bottom