Also, does anyone know what 'stay frosty' means? Just 'keep a lookout', I think.
C

Spiner909 said:
Also, does anyone know what 'stay frosty' means? Just 'keep a lookout', I think.
Click to expand...

I think 'stay frosty' means 'stay calm', or 'keep it together'.
W

I find it funny when you're playing a game and you just hear someone screaming over the radio, "CHARLIE OSCAR FOXTROT DELTA NINER!" But I generally like it. Because then after playing the campaigns of MW2 and BC2, I start instinctively using it in the online and my friends yell at me. It's pretty funny how many times someone dies because I say, "Tango" where we usually say "Fucker." 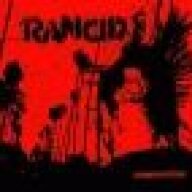 I find it interesting. It generally adds to the mood in MOST games.
"OSCAR MIKE!" "WE'RE OSCAR MIKE!"
god...that pissed me off soooooooo much. It brought a whole new generation of kids who think they know about the Armed Forces because they played Call of Duty.
S

Also, when I feel masochistic and I play MW2 online and annoy the hell out of everyone, I scream "Oscar Mike!" and "Stay Frosty!" when they make the least sense. I am good at making enemies.
Click to expand... 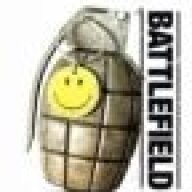 I love it, but only when my team mates understand it. Once, me and two friends played Team Tactical on COD4. It was a SnD on Bloc. We all had the same getup, silenced MP5s and the like. Going for a stealthy game, with real tactics involved.

It was going well. We moved from one building to the other, checking corners. Then I told one of my friend to "take point."

After we had explained to him what he was supposed to do, being the idiot he was, he stood up and started to run, taking out his deagle (which he had forgotten to take off) and started randomly shooting.

We lost the game, and he refused to play another one at all tactically.

So yeah, its good when used properly and everyone understands it. 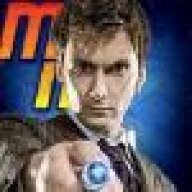 I like it, I understand it, and actually I live it. Well, Naval equivilant. It gives games a feel of authenticity, especially if they get it right.

Still trying to figure out why a Masterchief seemingly outranks all the officers due to his uberness though.

Spiner909 said:
How many army veterans do we have on the Escapist? Can anyone confirm/deny the more popular slang?
Click to expand...

It's hard to confirm/deny any of them seeing as how different countries, branches of their forces and sometimes even down to individual units all have their own interpretations, jargon, code words and lingo. Basically, you can guarantee they get it wrong from time to time. Heck sometimes they have to get it wrong on purpose because we expect it, silenced weapons for example.


doctorwhofan said:
Still trying to figure out why a Masterchief seemingly outranks all the officers due to his uberness though.
Click to expand...

That's actually not as crazy as it sounds. It's not uncommon for a less experienced officer to look towards experienced senior ranked NCOs for advice even if the decision ultimately is theirs. 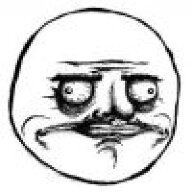 Spiner909 said:
Do you find military codenames and such in combat games cool, unnecessary, or just plain confusing? In certain games, I find it boring. Operation Flashpointragon Rising had no character life, just jargon grumble. It was just blech.
In others, such as Medal of Honor, SOCOM, or maybe Battlefield, it seems to fit in nicely. There's not much in what I've played, but it altogether doesn't really affect it.

And then, we have the Hollywood jargon. (I'm looking at you, Transformers!)
Remember the scene when the Marines fight the scorpion transformer in the desert? When the AC130 gunship fires on it, there's a bunch of cool, techno pilot language and stuff. Kind of inspiring.

And last but not least. we have the confusing language. This goes to Modern Warfare. The special lingo here is like a 50/50 split between awesome and stupid.

For the 'cool' example: "Hunter 2-1, this is Overlord, hostiles spotted south of your location, recommend you use thermal optics, over."

And the stupid one: When storming the Gulag from the air, it's all good until the helicopters come in and bellow "GUNS GUNS GUNS!" and shoot everything in sight (and miss a lot). Do they really say that?

I find both fun and incredibly informative. Military language was designed to ensure that it's soldiers always knew exactly what they were up against and that they were properly organized during assaults. As radios have inconsistent quality, even if it's military tech, the language was designed so that you'll always understand what your allies are saying unless the radio cuts out entirely.

And regarding the "guns guns guns" thing that the little bird pilots say, it is still true to military jargon. With big military operations it can get a little confusing, so the pilots will declare that they're about to fire, so no one else will try any big maneuvers until they've finished firing. Sniper teams also have something like this where the spotter says fire three times slowly before the shooter takes the actual shot. If the spotter sees something that shouldn't be there, he doesn't say the final fire and the shooter doesn't take the shot. It's the military's way of ensuring that nobody accidentally shoots something they shouldn't have.

who's that guy charlie? 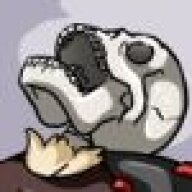 I like it, i know it and i use it. I use call signs with my friends and prearragned code words to engage strikes. Like in HAWKX, we call out when we fire missles and when one of us calls arrow formation we form up and dive in and break when the pilot at the tip calls it. makes the game more fun and alows you to slip into the mode a bit better i find.

doctorwhofan said:
I like it, I understand it, and actually I live it. Well, Naval equivilant. It gives games a feel of authenticity, especially if they get it right.

Still trying to figure out why a Masterchief seemingly outranks all the officers due to his uberness though.
Click to expand...

I always though he was a Master Sargeant. Then it turns out he's a Chief Petty Officer. Doesn't exactly sound epic enough for him does it?

A bit of tactical chatter is fun in single player, and in a clan could presumably be useful in competitive FPS play. In matchmaking it's all a bit too intense, though - especially since the majority have no idea what you're trying to say, and don't care for it.

Ramirez! Find out who Oscar Mike is!

doctorwhofan said:
Still trying to figure out why a Masterchief seemingly outranks all the officers due to his uberness though.
Click to expand...

That's actually not as crazy as it sounds. It's not uncommon for a less experienced officer to look towards experienced senior ranked NCOs for advice even if the decision ultimately is theirs.
Click to expand...

I know, ex-NAvy here. I KNOW Masterchiefs. Let's say, drinking roadkill coffee and able to stand on a ship and drinking it during rough seas does not constitute uberness. I Know mastersargents, they are almost the same. A Master Chief in with Marines? Very common. I thought he should be an officer, but Lieutenant doesn't roll off the tongues as well, and the fact he could be promoted makes it hard to call a character only known for his rank for 3 games. 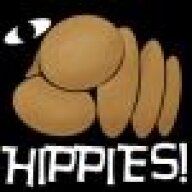 HG131 said:
My favorite usage is in Halo 3, personally. What is it? "Whiskey Tango Foxtrot!"
Click to expand...

It works, especially if you know what the hell people are saying. I have to many friends that I've had to explain "Oscar Mike" to...
Click to expand...

I lol'd. Ninja'd. I think it's ok generally but it can get way too OTT. Sorry I mean Oscar Tango Tango. 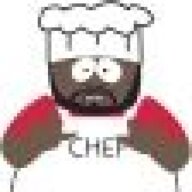