Lufia Erim said:
That being said. The only thing worst that being dying, is knowing you are going to die and when. See we all "know" we will die one day, but we don't know when, so we don't think about it. But once you know "when" you are going to die, shit get's real. Ask anyone with a terminal illness.
Click to expand...

I dunno, man, the biggest fear I have relating to death is largely the uncertainty of how and when I will die. Not that I will die, or may possibly (however unlikely) develop a condition that causes my death to be inevitably soon. Having a date and circumstance set for death for me would allow time for acceptance and a lot of personal retrospective thought that I doubt would ever have a chance to happen if I just randomly kicked the bucket. There's a certain relieving sense of finality you don't quite get out of unknown or unexpected circumstances. But again, probably just my views on mortality speaking.

And not quite related to the topic at hand outside of how different people handle human mortality, so yeah. 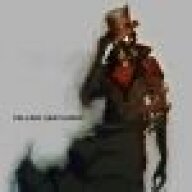 tippy2k2 said:
Take away all the red tape. There is a 100% chance that the person in question is guilty. There is NO chance that they did not do it. There will be NO red tape at all; if sentenced to death, it will be right then and there with no appeals and no time (eliminating one of the biggest problems a lot of people have in that it's cheaper to let them rot then it is to go years and years of appeals). If it helps your decision, you get to decide how he dies (whether you want to save money and just slit the guys throat or whether you want it to be painful like lighting him on fire) but they HAVE to die (so no beating him to the point of death and letting him live). Did I cover everything in terms of arguments against the death penalty? If I did not, pretend I did and assume it's not a problem.
Click to expand...

For me, the most important part is the likelihood of repeated acts or, to put it better: can this person be rehabilitated? The argument can be made in most cases for rehabilitation, but if there is (or strongly appears to be) evidence that the person cannot be rehabilitated (compulsory behavior/no control over the act), I believe the death penalty is appropriate.

Emotionally, I think there are some crimes deserving of death, but rationally our system is based on the supposition of rehabilitation. That at some point, this person will be able to re-enter or interact with society meaningfully again. It's why I support the death penalty for people like Ted Bundy, but not for other murderers.

death penalty definitely is worse. western prisons these days are all about waffles and reform with the death penalty as described in the op there is not enough time for reflection and self-improvement

Kaymish said:
death penalty definitely is worse. western prisons these days are all about waffles and reform with the death penalty as described in the op there is not enough time for reflection and self-improvement
Click to expand...

Apples and oranges. Kind of incomparable to me.

Life in prison is the worse fate for a lot of offenders, it's also the cheaper option once you factor in the appeals process. I don't support the death penalty at all, especially when there is the risk of killing an innocent person, I suppose that makes me biased. The death penalty is also not a deterrent.


LeathermanKick25 said:
Thing with firing squad done right is depending on people like the Boston Bomber...who on the firing squad will want to aim for the heart and end things instantly?
Click to expand...

With the firing squad, none of those who are on the firing squad know who has the actual bullet and not a blank, there are also laws about how executions are to be done, if the centre of mass shot isn't lethal, the person must be executed with the coup de grace. Firing squad would be one of the worse ways to go though.
K

Even if they don't think it is, it surely is.
B

Nah, the Death Penalty is like sweet release. Let that asshole suffer in prison.

There was a soap joke in there somewhere.

I don't know... The "benefits" in certain [US] prisons seem to be quite nice for anyone "serving life" in prison... Plus, it's basically choose life or death when you really think about it[footnote]Well, technically "death outright" and "slow and not-as-painful-as-you-think death", but "whatever"...[/footnote]...

So, in one of there rare-ass moments, I'm siding with death on this one... Then again, if it's going to lead towards martyrdom, then no dice, Death!

Considering that I was competely bored out of my mind when I had no internet for a month, I'm pretty sure I won't fair well in life imprisonment! At least without the internet, I still kind of had tv (can't watched lived tv in my room) and still go outside.

I suppose that kind of bias since the only chance I would had died was drowning on the deep end of the swimming pool many years ago. My fear toward death is mainly regret as in not leaving a will or message for when I died. I don't know if you still get visit when you in prison for life? In saying so I could be scared toward death anyway if it is a natural response to it.

LeathermanKick25 said:
I know that. My point is everyone on the firing squad could easily be a dsigruntled guard intentionally misses the heart so the death isn't so quick and painless.

Also I find it amusing how they thing having live and blank rounds actually means a difference. Anyone who's spent time firing rifles knows the difference between a blank round. Be it by the sound of the shot firing or actually loading your weapon. I find it incredibly negligent if the people firing the weapons aren't physically checking and loading it themselves. So it's either some big bullshit lie to make the public feel better, or incredibly reckless on the Department Of Corrections part.
Click to expand...

For firing squads they get the rifles preloaded by an arms master, or such. The reason for this though is not to make sure the person makes a heart shot, it's so that none of the participants actually know who fired the fatal shot. That way they either all carry the responsibility, or no one does.

As a correctional officer I say prison with no possibility of parole. I was there 8 hour a day 40 ate with them lived with them only real difference is my bed was more comfortable. Your seen as sub human by most, You told when to wake up when to go to the bathroom or shower. It is soul breaking = bad. The trouble come when you let leak happen. Drugs get in and such. Plus they are a danger to the CO's because someone with life has nothing but time to plan. If it as harsh as it can get they got nothing to lose hurt us or even killing us. That the big trouble in Huntsville Texas and we only had them for a short time.

So prison the worst punishment

Death is the safer route.

I'd prefer life in prison.
I think both punishments are stupid as fuck though. Not that I have a better solution.

The death penalty for anything I think is ridiculous. I have zero respect for any authority that does it.
I wouldn't mind some global law in place that means if you sentence someone to death, you have to be the one that does it. Wouldn't solve anything, but I'd hope one of the bastards that thinks it up to him to decide whether someone should live or die feels guilty over it.
I think life in prison is also too harsh for anything short of murder.
You are essentially taking away their life. For what? Smuggling some drugs?

Seriously, its more humane to take an arm or something. Cripple then for life or some shit so they can't do it gain. Barbaric sure. Still more humane than putting them in a box for the rest of their life.

I hear that if you get a successful insanity plea, the place they keep you is even worse than prison.

likalaruku said:
I hear that if you get a successful insanity plea, the place they keep you is even worse than prison.
Click to expand...

The specific facilities for the criminally ill are mostly the same apart from the ability to leave and there being more security.

Honestly, I don't know. Some days I think it'd be worse to slowly waste away in a tiny dark concrete cell, other days the ultimate finality of death seems to loom a lot larger. And I don't know what's a crueler way to deprive them of their life- making them squander it or removing it outright.
T

Since the OP made sure to cover all bases for guilt and death sentence scenario, I think it's fair to assume that life imprisonment guarantees zero chance of escape. In this case, I think death is more punishing, as in it is a stronger repercussion.

That said, I don't think it can truly be justified. When you kill a person, you interrupt their existence, erasing all of their possible future experiences and actions. You rob them of any chance for repentance. Sure, some people can say that there are monsters out there disguised as humans, but I believe that everyone has got some humanity or at least potential for humanity inside them and some bloodthirsty people shouting stuff like "I hope he shits himself when he dies!" should take a long hard look at themselves.