Poll: My personal disappointment with ME3 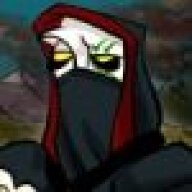 Ok just to clarify not about the ending. When I first began ME2 I was surprised at the role of cerberus. What had originally been a stereotypical shady evil corporation turned out to be more complex and sophisticated than originally thought. Sure cerberus definitely had suspicious secrets and could be seen as zealous supremacists. But we saw in ME2 that they truly had some altruistic, albeit questionable motives. They were the only ones who bothered to pay any attention to collector activity and were actively concerned about the good of the galaxy. This created a tense and interesting relationship between the player and the questgiver, as the player was torn between suspicion and the need to act. It also created a depthful, realistic good guy's faction that didn't simply consist of the noblest and handsomest in the galaxy, it was a questionable institution with skeletons in the closet and a very dark side which is a great reflection of actual reality, rather than straightforward holy and pure. And then they screwed it all over in ME3 when they pretty much said "evil corporation is evil."

So the question is do you think cerberus in ME2 was better than ME3?

(and by the way at the end of ME2 why was preserving the reaper considered renegade? It just logically makes sense to learn as much about your enemy as possible, especially when up to this point they have had the advantage in being mysterious and more powerful than you)

In ME3 Cerberus were just generic evil annoying bad dudes.

In ME2 they were a sympathetic anti-hero type organisation with likeable people like the two engineers and Kelly worrking for them.

It was such a badly written change.

I agree Cerberus was better in ME2. They are obviously the one organization that has the right goal in mind (killing the reapers) before anyone else ever did, which wasn't until the freaking reapers actually showed up. Of course, it's their means to that end goal which are very questionable. Even then, their means aren't that bad either because you have to kill the reapers AT ALL COSTS or the reapers will kill you (humans) plus the other races. Doing things the ethical way doesn't mean squat if that's what causes you to get wiped out.

My idea in ME3 was that if you saved the Collector ship and the reaper in ME2, you would have the choice of siding with Cerberus towards the end of ME3 due to Cerberus having that extra time to research and reverse engineering the reaper tech. Cerberus would be ahead of your scientists and they would be the better option even if you didn't like their methods. I saved the ship and reaper because I felt that was really the only option at the time to beat the reapers. It took a whole fleet to take down ONE reaper in ME1, a reaper invasion would be impossible to defeat in a conventional battle (which was made very obvious in ME3 as well) so you needed some sort of technology to defeat them with. Studying the reaper tech, even if it allowed the Illusive Man to get his hands on it, was an opportunity you just couldn't pass up in my opinion. Of course, the Crucible comes into play in ME3, but that was a complete unknown in ME2. 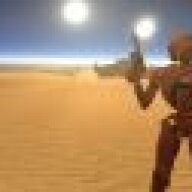 I'm not going to say they were better in either game, and I know people will disagree with me but the 'change' in their stance I actually don't think ever happended (explanation has to span across all 3 games).

So in ME1 you don't find out a thing about cerberus' motive but you get a clear picture of their means and ruthlessness through the experiments you see them run, their role in what happened on Akuze and killing admiral Kahoku in cold blood. These actions don't establish them as necessarily evil but it does show that they will go to any lengths to extend/protect their power base.

Along comes ME2 and we get told that cerberus is a 'pro-human' organisation. Personally I think there are two ways of interpreting this, either this is what the illusiveman says to gain support (and it works with Shep) or they are pro-human simply because sucessfully elevating humanity as a whole benefits them (they are a human founded and run organisation). Everything I saw in ME2 I considered a good PR front to try and get Shep to be on cerberus' side, and I honestly spent the duration of my first playthrough waiting for Shep to realise how easily he/she was being manipulated. As a result when it came to the final decision with the base I always chose to blow it up even on renegade playthroughs because I couldn't believe they would be responsible with it based on how they acted in ME1.

Then in ME3 we have cerberus in outright conflict with the systems alliance. In either circumstance it can be assumed having obtained all that tech from the collector base (even if destroyed) he now feels gaining influence from the now serverly weakened system alliance is no longer of any use. If it was propaganda he stops bothering with the charade and outright just tries to seize everthing he can, wanting power and maybe even justifying it by believing humanity will survive because cerberus will prevail. Being that power mad with reaper tech present in my mind is then the perfect recipe for indoctrination, which then cements his antagonistic behaviour in ME3.

People tend to argue with me when I say that the illusive man doesn't really believe in what he says, by asking why he helped against the collectors with the implication being he didn't know prior that he could get tech from them. Even so I imagine he'd gain huge influence over the terminus systems from colonists (who would view cerberus as heroes) and likely members of the alliance only further extending his powerbase.

Ok this is getting to be a long post so to summarise, overall I beliece cerberus just wants power and in ME1 they show the extents to which they will go to achieve that. Come ME2 they try sporting a good PR campaign to win support (I can't imagine their actions in ME1 went unnoticed) in order to gain influence from an otherwise potentially hostile systems alliance. Come ME3 with the reaper invasion they simply find they don't gain anything from the good PR since people care far more about the war, so they use the chaos to try and seize power however and wherever they can. In the process of doing so they become indoctrinated with only spurs them on to try go further (afterall it only helps the reapers if the races are destroyed by each otehr). 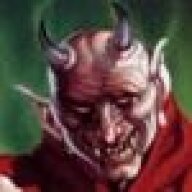 Cerberus- We are the organization dedicated to the defense and survival of humanity!

Cerberus- WE ARE COBRA! HAIL COBRA!

I didn't really have a problem with them in ME3, but they could certainly have done with having their motives fleshed out a lot more.

It would have been interesting if Miranda had remained with Cerberus, or at least maintained contact with them. Then the writers could have used her as a source of inside information, giving more context to Cerberus and the Illusive Man's actions.

People with short memories forget that the Illusive Man was indoctrinated. He let it happen.

I thought they were interesting in that even if you hated them, they were the lesser of two evils.

I mean, he brought you back because of what Shepard represented to humanity, than proceeds to try to kill you regardless of what you've done for him. With the options to comply with TIM in ME2 I thought we could have worked with him in ME3. But alas, I guess they wanted you to have a more personal antagonist. 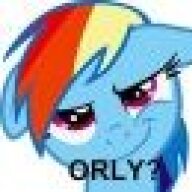 While I do agree that the Cerberus writing in ME3 was pretty much botched, I still think that Bioware did a good job of making the good guys not all that good, they just did it in a different way. In ME2 they went for a shady organization, sort of anti-hero vibe. In ME3, they went for a feeling of unstable alliances and the like.

Cerberus definitely showed its evil side early in the series in several assignments (The Kahoku line, "Colony of the Dead", "Dead Scientists", and their actions resulting in the disaster on Akuze that Shepard may have survived). The Illusive Man and Miranda deny responsibility for those incidents, but do you believe them? I certainly don't. So the "full-on evil" shift for Mass Effect 3 didn't really bother me.

They did research recklessly and became indoctrinated because of it.