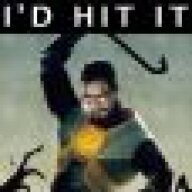 I'm not going to beat a dead horse here; we all know that the Westboro Baptist Church, with its tendency to picket funerals of soldiers, protest against gay people and Jewish people, express gratitude towards the deaths of innocents in various disasters, and myriad other insane actions, are very, very bad people. What some of you might not know is that the leader of this group, despite only coming up in the national spotlight fairly recently, is 82 years old. Needless to say, his death is going to come sooner rather than later as his age catches up to him.
I heard an online about picketing his up-and-coming funeral, both as a method of payback and a way to show them what it feels like to have the passing of a loved one be celebrated.
My question to you, the Escapist Community, is if this is an appropriate response? Would it teach them all a lesson, or would it just be pointless? On the other hand, does it even have to teach them a lesson, or is it a kind of justice to put them through the pain that they have inflicted on so many others


My kneejerk reaction was to go along with it. As a Jewish person by lineage, and as someone with many homosexual, bisexual, and transgendered friends, I have been repeatedly appalled by their actions. It seemed very appealing to give them a taste of their own medicine. Problem is, I don't think that it would accomplish anything. While this might work on an ordinary group, we are clearly dealing with people that are simply not right in the head. While I hesitate to label any group of people as "crazy", it is safe to say that these actions would only throw more fuel into the fire.
In addition, I'd like to go back to something that Nietzsche once said: "He who fights with monsters might take care lest he thereby become a monster." By doing this, we are sinking down to their level. To be quite frank, I'm concerned that by not taking the moral high ground on this those who want to see these people stop their senseless insulting and hate might be spreading just as much of it.

No, we don't want to lower ourselves to his level. We are better than that aren't we? Best to just stay away from them. 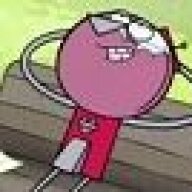 The head said "No, as us rational humans should do everything to set an example and not lower ourselves to the level of the likes of him."

The heart did a spittake and said "Phwa ha ha ha up his! Hells yeah, that stupid old git deserves a taste of his own medicine."

I know that doesn't look like a moral choice, but for a long time I genuinely couldn't decide. Usually I'm all for the rise above point of view, but... man, that would be some sweet poetic justice.

For me the only way to resolve this is to imagine myself picketing his funeral, and I have to say I'm immediately uncomfortable with that idea. Irrespective of what he and his family did, it would still be the swan song of a human life, and despite his abhorrent views, it just feels wrong to ruin what is an important ceremony for some people. (This coming from a bisexual atheist.)

God Hates Bigots? It is very tempting to want to see it happen isn't it? I think you are right though you don't want to stoop to their level. I would be so nice if Jed Bartlett was real wouldn't it?

No. You don't protests the actions of a group by doing doing exactly what they did in revenge, that's just perpetuating the thing you hate. You fight these actions by being the bigger man (metaphorically) and choosing not to preform these actions in an act of revenge.
F

Well honestly, I probably wouldn't do it myself. But I might snicker quietly if someone else did. 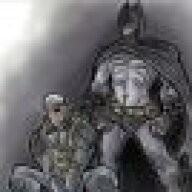 as much as i think they have it coming i dont think i could ever do that to a person after they just lost a loved one. i will however open a beer and toast to the fact that as soon as he dies his spirit is probably going to get its ass kicked by heath ledger, steve jobs, bob kane (the protest at comic con) general patton, and every soldier who's funeral they ever protested..... aww what a grand day that shall be

My instant reaction is to say no because people shouldn't stoop to their level but I hate people like this never having to deal with any payback. The best thing people could do is just 100% ignore it. No mention of his passing anywhere. That would annoy them more than anything. 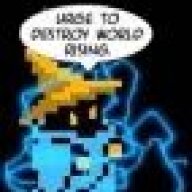 I probably wouldn't. Too much work, too far away, too disinterested in making fun of a dead idiot.

WBC has some serious... SERIOUS issues, but picketing whatshisnames funeral seems a bit low for me. On top of my not caring about a dead guy, no matter who it is. 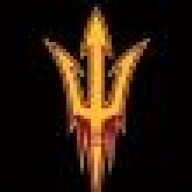 We should just pretend he never existed.

As much fun as it sounds like, it's a bad idea because by picketing his funeral you only lower yourself to his level at which point you become no better a person than he is/was.

On the other hand, convincing mourners that his funeral is taking place somewhere other than where it really is would be an awesome idea. 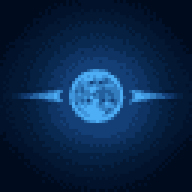 Picket? naaaah man, what you need to do is to get someone to dress up as Satan and run around at the back of the service cackling.

Or better yet this guy:

Why the hell would anyone go and do a thing like that? It is in poor taste to picket a funeral.

Edit: I think it's funny that like 17 people have said yes, but I haven't seen a single one of them post. 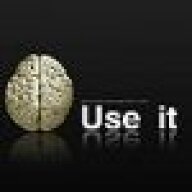 No we shoudn't . While they make me sick (especially as I am bi) , we should always try to maintain the moral high ground. Anyways knowing the WBC they probably have someone ready to take over, probably his daughter. All picketing the funeral will probably give them ammunition to continue what they are doing. Petty revenge is never the answer!
B

I'm undecided on this, but I think the people worrying about stooping to their level are being a little bit silly. Picketing his funeral would not make someone as bad as they are. It might make you a bit less desirable a person, but you aren't picketing the funeral of someone who died fighting for any sort of good, or rallying against other people's private sexual views. You just want some damned justice in the world.
Would I do it? Well, if I wasn't lazy, I would definitely consider it. I feel like they deserve far, far worse after all.

BlindedHunter said:
I'm undecided on this, but I think the people worrying about stooping to their level are being a little bit silly. Picketing his funeral would not make someone as bad as they are. It might make you a bit less desirable a person, but you aren't picketing the funeral of someone who died fighting for any sort of good, or rallying against other people's private sexual views. You just want some damned justice in the world.
Would I do it? Well, if I wasn't lazy, I would definitely consider it. I feel like they deserve far, far worse after all.
Click to expand...

No, that's descending to their level. I don't really buy the whole "eye for an eye" thing. I'm more of a "whole extended family for an eye" kind of guy. I suggest we break out the deadly space lasers.
B

BlindedHunter said:
I'm undecided on this, but I think the people worrying about stooping to their level are being a little bit silly. Picketing his funeral would not make someone as bad as they are. It might make you a bit less desirable a person, but you aren't picketing the funeral of someone who died fighting for any sort of good, or rallying against other people's private sexual views. You just want some damned justice in the world.
Would I do it? Well, if I wasn't lazy, I would definitely consider it. I feel like they deserve far, far worse after all.
Click to expand...

The concern is not so much sinking down to their level as it is that picketing a funeral is in poor taste as I said above
Click to expand...

Well for that argument I just don't really see it.
Yes, picketing funerals tends to be in poor taste. That is a time of mourning that is very important to people.
But when you have spent years and years doing that to people who have had to deal with the difficulties of being a military family just so you can tell another group of people that tends to have a very tough time getting by socially in this world that god hates them? You've given up the right.
Show hidden low quality content
You must log in or register to reply here.
Share:
Facebook Twitter Reddit Pinterest Tumblr WhatsApp Email Link
Top Bottom