Edit: For an added bonus, how much time and resources do you think developers should spend on graphics.
Click to expand...

A good game doesn't need Hollywood voice actors to be a good game. Actually most of the voice production, aside from the animators attempting to sync cutscenes and code in-game face/voice sync, V/O isn't that costly in comparison to the rest of development. Unless of course you're using A-List Hollywood actors.
Look, to be honest, it wouldn't matter if a bad game cut the voice acting to spend that money on other areas of development. Its all about management, how each team works (or doesn't) together, how the corporate side is handled (meaning is the guy running the show shouting down at the devs to "do what everyone else does" or is he allowing them to innovate and create with moderate direction rather than an iron fist).
Not many games would be as fun without the v/o. Reading a wall of text can make or break a game, esp. if the game is speech/story heavy. Imagine if the Soul Reaver series didn't have voice acting, rather it made you read each speech sequence sentence by sentence without being able to skip? 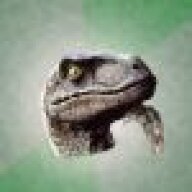 It depends. If having voice acting in a game means less dialogue between characters, I'm not necessarily all for it. Written text is way cheaper to make than voice acted dialogue, and if for the same amount of money you can have either a ton of well-written text vs. lesser amount of well voice acted dialogue, I'd propably pick the former. I'm not sure I agree when people say voice acting adds to the immersion, because the greater amount of text can easily help immersion just as well. If we're talking about the same amount of content, then I prefer voice acted as long as it's well done.

I just wish they'd reach the point where the voices are completely generated by the PC, so they don't have to pre-record every dialogue and could really implement dynamic, not predetermined, stories.

If you're going to have voice acting, it should be good.

Two Worlds' had atrocious voice acting, so bad that they even made fun of it in the sequel.


This doesn't mean enlist a bunch of Hollywood actors(although ME2's lineup was actually pretty awesome), but don't have people spouting off stupid bullshit like in the video.

What?
With most triple A devs the costs of paying a few voice actors are probably pretty insignificant. Plots and settings are boring because devs don't take risks ever, not because they're squandering the writer's money on other stuff.

As for indie devs, most of the ones I've played don't even have any speech in them. So saying they should spend less on it is kinda nonsensical.

Piorn said:
I just wish they'd reach the point where the voices are completely generated by the PC, so they don't have to pre-record every dialogue and could really implement dynamic, not predetermined, stories.
Click to expand...

The closest thing we have now is cleverbot, and that doesn't even talk... you might be waiting a while :/
I gotta agree though, procedurally generated voices for stuff that happens in game would be awesome. 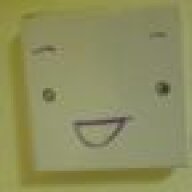 Depends on the game, if a game is going to have voice acting, they better put some resources into it and make sure its GOOD voice acting- if you really think voice acting isnt an important part of a game, you have clearly never played Portal or Bastion.

Howeveer, having voiceacting in the first place does place some limits on the game, modern RPG's tend have a lot less diologue than they used to, presumably due to the cost of making every conversation a damn novel. If having voice acting is going to reduce the amount of diologue in a game, then i'd say keep it text based.

Bad anything breaks immersion. Voice acting is as much part of the game as recording sounds, music, animation and gameplay. Try playing any decent RPG without voice acting.
Click to expand...

They're not exactly RPGs, but Fire Emblem and Zelda have no voice acting and they seem to do just fine. Hell, Metroid was better without voice acting (but we can also blame the developers who just half-assed it). And do we want to have Gordon Freeman say anything? Just saying, sometimes actions really do speak louder than words ever could.

(Granted, some games work better with voices, my argument is that not all games need it to be a good game. In fact, some are just fine, or better without them).
T

If we are going to talk about acting in games, then a lot more is lacking in motion capture than in voice acting. As an acting student myself, I cringe whenever I watch a good vocal performance in a game spoiled by terrible accompanying visuals. I also believe that there is huge untapped potential in games that can capture an actor's entire performance rather than just their voice. Andy Serkis, of Gollum fame, has made it an ambition to set up a school specifically to teach actors successful motion capture techniques. So, as long as game developers pay actors to act and not just speak into a microphone, then the future of acting in games looks bright.

G-Force said:
I do think good voice acting can elevate a game experience. I really don't think Bastion would be as enjoyable without the narrator.

That's not the same as being vital to immersion.

I remember when the WWE series of wrestling games went to voice actors. now, instead of open-ended story modes you get six "Road to Wrestlemania" modes which are fully voiced with limited branching.

This is a pet peeve of mine, as voice options limit a lot of things in games. Doesn't mean they're all bad, but the more options, the more they have to cover. That means more dialogue options, more time voice acting, more money on the voice actors.

I'm seeing the primary argument by people saying "Less Voice Acting" is that the money will be put to something else then.

You will likely remember this from a while back. The voice actors of GTA IV complained that the amount of money that they made from the game was $100,000 for fifteen months worth of work and motion capturing. The cost of the game: Approx. $100,000,000. What in the world would that extra amount be able to give you that would make it worth cutting out the voice acting?

That voice acting work is also one of the highest paid out, so the $100,000 back for your team to put elsewhere is going to be a high ball number.

Voice acting is part of polish. Getting rid of it "for extra polish" doesn't make any sense, that's like cutting a game's length to extend it.
W

I would like less combat taunts - those can be so annoying when you hear them three hundred times.

In general though, some games work well with voice acting, some not, but I don't think it is a waste of resources.

Some games benefit from it, others don't, as with any gameplay feature. The key is not decreasing or increasing the amount of voice acting used, the key is to identify when it is important, and how important it is. 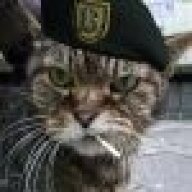 While i do miss the more complex old games like Ultima Underworld, and dont see that as particularly possible in today's market, i think most games would suffer if not for the voice acting they have. I have gotten used to not having to read walls of text to advance the story and want it to stay that way. 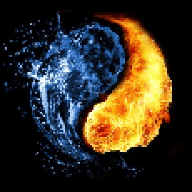 Except quick time events... those are more a detriment then a bonus

Personally though, games need to focus a little less on how they look and more on they're gameplay, a lot of games seem to be short because most of the disc is taken up by the assets for the game, leaving not a lot of room for the rest
Show hidden low quality content
You must log in or register to reply here.
Share:
Facebook Twitter Reddit Pinterest Tumblr WhatsApp Email Link
Top Bottom