Poll: Should Xbox Silver have Multiplayer?

"Do you want free things rather than paying for them?"
I've never done this before, but
Pointless question is pointless
Unless you have actually researched this, it makes you sound incredibly naive. Support is not free, and 360 has some of the best support of any machine. 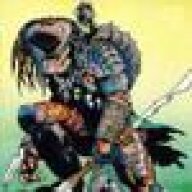 I'm in two minds about this.

While I believe that multiplayer should be free to any and all who buy the console, but the grim reality of this is that servers cost money and someone's gotta pay for them. Gold Memberships pay for those servers, which isn't even your ISP's duty to provide.

Silver Members already have access to most of X-box Live, they get demos and game videos too and possibly those emo-haired berks on The Nexus as well. Albeit with a week's delay or so I'm told.

Dashboard updates, game updates, tech support, videos, servers and news - all of this costs money to put onto people's X-boxes. They all cost money, but Silver members don't truly get these things for free - they are being paid for by Gold Members.

If they want fresh news and multiplayer, they'll just have to stump up the funds. 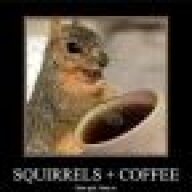 GamesB2 said:
I was thinking about this the other day actually.

I doubt it will happen, but I think old titles should be made free for multiplayer, games like Shadowrun, Halo 3, etc.

This would allow people to enjoy titles that would encourage them to buy the updated titles of the series (Reach, Black Ops etc) and also to buy Gold so they can play the newer titles online.

One of the only people I've ever seen talk about shadowrun. That game was great.
I think online should be free, paid for the elite and a router a few years back, but now I don't even use it since I can get free online with the ps3.

henritje said:
but what about the profit they make from sold systems and games? shouldnt that cover all those costs?
Click to expand...

360's and PS3's are actually only just starting to turn a profit. The Wii is the only system that was being sold for more than it cost to produce.

As for games, the money goes to the publishers. The console maker won't make a profit from games sales, unless they're directly involved as the publisher or in-house developer (for example, Microsoft Game Studios and Sony Computer Entertainment America/Japan/Europe).

Microsoft and Sony make money from the dev kits they sell (so that a company or person can actually make a title for that platform). That's really the only time they make money.

And as for console exclusives, well, Microsoft and Sony pay the developer/publisher to keep it exclusive.

Now Nintendo is a different story. Most of the Wii games are made by Nintendo or use IPs that belong to Nintendo (e.g. Super Mario, Legend of Zelda, Metroid, et cetera). Therefore, Nintendo usually does make profits from Wii titles.
Click to expand...

sorry fer the late response but ist it jut plain STUPID to sell something for LESS than the price to build something? 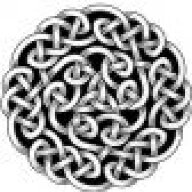 It would be good to see silver have multiplayer, but it'll never happen, the moment they make it free for silver, every Gold member will cancel their subscription and drop to silver. They're not going to willingly give up that money when people are willing to pay. The only way to maybe do it is if you get every gold member to cancel in protest but thats a lot of people to get on board. At the end of the day I'm happy to pay for Gold and have the privileges that come with it.

we pay we get.
if people can not pay for like $80 then they don't really need an xbox

henritje said:
sorry fer the late response but ist it jut plain STUPID to sell something for LESS than the price to build something?
Click to expand...

but why the hell would a company sell a product they LOSE money on?

I guess we'll just have to accept the fact that Microsoft are greedy...
But I do think that Silver should have multiplayer, it seems unfair that all the other consoles have it (even the freaking iPhone!) but Xbox doesn't.
Show hidden low quality content
You must log in or register to reply here.
Share:
Facebook Twitter Reddit Pinterest Tumblr WhatsApp Email Link
Top Bottom