Poll: What piracy is actually doing 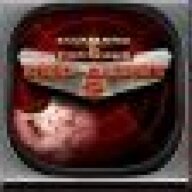 omega 616 said:
You can't blame it on devs making it harder for you to pirate, thats like blaming shops for having CCTV and electronic tags on products.
Click to expand...

Electronic tags are removed once you leave the store. DRM complaints are about ongoing limitations to your playing experience, not the one-time activation codes that are in the box. My example is C&C 4's DRM, which apparently requires you to be checking in to their servers constantly (requiring a constant net connection, even for single player). Reportedly, if your connection drops out at any point, you're booted without saving any progress. For someone like me, whose internet connection is horribly inconsistent, the game will be entirely unplayable. I would've considered buying it before, I've heard good things & enjoyed past C&Cs (obviously, with my avatar), but now it's unlikely I'll go near it unless I hear from friends that the DRM isn't as intrusive as it seems.

When you're comparing store purchases to gaming purchases, you forget something important: Shops have demos for costly items, and return policies for the rest. I don't pirate console games because I can just return them if they're horrible. It's one of the few things EB Games does right, having the 7 day no questions return policy. But I can't return games bought on Steam, and it's hard to return PC games in general. It's tough throwing down $100+ for a game without a way to get your money back if it's rubbish.

Also, make sure you're thoroughly reading the contents of the thread before responding. Quite a bit of what you said has already been mentioned and rebutted. If you disagree with the rebuttal, you need to say why, not just repeat the original point.
Show hidden low quality content
You must log in or register to reply here.
Share:
Facebook Twitter Reddit Pinterest Tumblr WhatsApp Email Link
Top Bottom