Poll: Will you stop buying Bioware?

Your poll could do with an "No" option for people who did care about ME3/liked the ending.
OT: I'll keep buying their games. Many of my favourites were developed by them. I didn't like ME3's ending, but otherwise it was a (mostly) stellar game. I'd say DA2 was a much bigger cockup than ME3.
L

I've never bought one of their titles full-price at launch anyway haven't bought one of their games full-price at launch since Baldur's Gate 2. I'll buy ME3 eventually, but I'm not exactly chomping at the bit for it, especially since it's attached at the hip to Origin (so I'm waiting until after I build a new gaming system, and have a way to bypass its reliance on Origin).

So... yes? I guess? I'll be buying Bioware from the bargain bin until they stop making games. I still kinda like their writing. 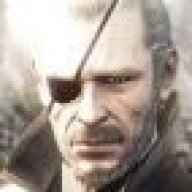 Your poll is inaccurate.... make it more clear next time.

Yes, I will continue to buy Bioware.

I've yet to be disappointed by a Bioware game.

I enjoyed DA2, though it lacked the replayability of DA:O.
The ending to ME3 was fitting for me, it worked.


Zhukov said:
Your thread title and poll question don't match up. You don't know which one people will answer when they use the poll.

Yes, I am going to point this out every single time someone does it.
Click to expand...

As you should, I am getting really sick of having misleading poll titles, I almost voted backwards because of this.

What's the point of having a poll if it doesn't provide accurate information?

Depends on what happens with their next game, and no i'm not just basing that on ME3.

Only the last 5 minutes of ME3 was a let down.

But Dragon Age 3 has gone from a certain pre order to a "wait a few months after release and see what happens".

Not just because of 5 minutes worth of ME3 but the 2 games that disappointed me before hand.
J

Really depends on the game..

I'm certainly not going to take some stand against them and refuse to buy anything despite my potential interest in it..

But, I'm definitely no longer at the stage of "well, that could be interesting. I'll get it because it's Bioware". So, I'm in if they happen to be doing something that really strikes my fancy, but not giving them the benefit of the doubt on a maybe.
H

It depends on whether or not a new ending to ME3 comes out. I've never liked Dragon Age much, and I refuse to allow myself to get emotionally invested in a new product if I know that it's produced by someone or some group that has screwed me over in the past. A "clarified" version won't cut it; it doesn't need to be happy, and could even incorporate most of two of the endings, but there has to be a whole new sequence, and it has to be free. You don't get to make money off of me by screwing up and offering to fix it later for a fee. If they do this, it will serve as an indicator that they are serious about listening, but if they hide behind some "artistic integrity" BS, it's over. They lost all claim to artistic integrity when they made such a stupid ending in the first place.

hulksmashley said:
It depends. I'm going to wait until a few days after release to make sure nothing stupid happens in the plot. Then I'd consider buying it.
Click to expand...

This was my policy with ME3, I'm waiting to see if retcon/epilogue materializes before buying.

I'll still buy Bioware, but damned if I'm going to pay more than $5 during a Steam sale for the title. 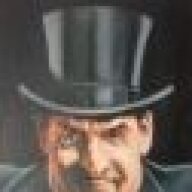 Adam Jensen said:
That depends entirely on what they do with this Mass Effect 3 mess. If they fix it, and if they fix it good, I'll forgive them. If they don't, then they are dead to me. I can't trust a company that destroyed one of my favorite video game series in less than 10 minutes.
Click to expand...

so in other words... You never asked for this?

Sorry i had to do it!...The Temptation was too much!!!

Everyone telling me I'm wrong, prepare to be ignored.

So yeah, I'm still going to buy BioWare. I still like what they make. 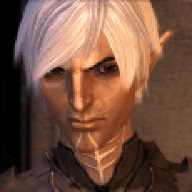 Tahaneira said:
I liked ME3. There, I said it. I also liked Dragon Age 2.

Everyone telling me I'm wrong, prepare to be ignored.

So yeah, I'm still going to buy BioWare. I still like what they make.
Click to expand...

Exactly this. Thank you for stealing the words out of my mouth, sir/madam.

I like Bioware games. Including their "fan-rage inducing" games. So there's no reason for me to stop buying them. 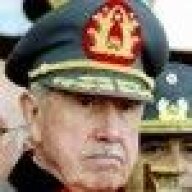 I'll just do what I've always been doing. Watch trailers, play demos, and then make my decision based on whether or not the game looks and feels like fun.

Probably. Yes, the ending was bad. Yes, EA has forced BioWare to do some pretty lame things to some of their games, but by the gods, they are still one of my favourite developers.

I just wish they'd stop moving all of their games towards Mass Effect gameplay territory.

Jadak said:
I'm definitely no longer at the stage of "well, that could be interesting. I'll get it because it's Bioware".
Click to expand...

I agree with this point. Bioware used to be the company that if I saw their logo on the box I bought it. ME1 and DA:O were both bought the instant I saw them without looking up a review, that is unheard of for me and extends to no other dev. When I played ME2 and it was sub par that is when my trust of Bioware began to crumble. I never picked up DA2 due to looking it up first and I extended my "wait and see" to ME3, which I ain't getting without a proper ending, I prefer to use the ending in my head unadulterated by their version, if they change it and it goes down well then I'll buy. As for future purchases, not likely, they really need to bring some amazing new IP out to spark my interest but I doubt they will. EA will milk the Bioware current IP cow dry then toss it aside and buy up another good company with good IPs so they can such that dry too.

Oh Jesus, I never even noticed that blatant EA marketing ploy. They really are just milking the Bioware name dry now aren't they? The devs of CnC Generals 2 have nothing to do with Bioware as we know it, EA just renamed one of it's other studios to Bioware victory...

I don't agree with every design choice made by Bioware but I can't deny how great their overall games are.

I loved SWTOR, Dragon Age 2 and Mass Effect 2 (haven't had time to play ME 3 yet). Just because those games might not live up to their past efforts doesn't make them games bad.

Bioware continues to be my favorite developer this generation and I see no reason yet to stop supporting them. 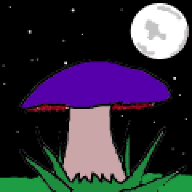 I'm not much of a gamer anymore and I always wait to buy games anyway. I'm also fairly oblivious to release dates and the like. Most games are recommended to me by friends who are more entrenched into the gaming scene.

However, with the latest strikeouts in DA2 and ME3, I'll probably be waiting a lot longer than usual to pick up a BioWare title.

Also, your topic question and your poll question are reversed, meaning that any results will be confused at best, rendering your numbers meaningless.

Please people, if you are making a poll, make sure your topic question and the poll question are the same!
Click to expand...

Sorry about that, didn't realise until I read the OP myself. Also, how is this biased? All I'm doing is asking people (in an objective manner) what they think. I'm not trying to convince people that Bioware are bad or anything.
Show hidden low quality content
You must log in or register to reply here.
Share:
Facebook Twitter Reddit Pinterest Tumblr WhatsApp Email Link
Top Bottom