Poll: Would You Play Another Bioware MMO?

now first of all, i know there is very little chance of bioware attempting another mmo. the old republic did NOT go well for them, especially considering how much it cost them to make. but if, for whatever reason, bioware decided to try making another mmo, how excited would you be able to get for it? personally, i never cared much about the old republic world. i love star wars and i played the old republic because it was set in the star wars universe, but i was never very interested in any of the lore or stories created by knights of the old republic. mass effect, on the other hand, i find to be much more interesting and as much as i love the star wars movies, i kinda wish bioware had done a mass effect mmo instead. would you welcome an mmo based off a bioware franchise, or have the failings of the old republic ruined the idea for you?

TOR was fun. I enjoyed myself and got my money's worth. So...yes.

I'd moderate my expectations appropriately, though. 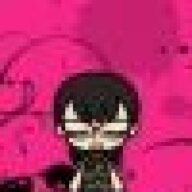 They promised that TOR would be the sequel to KOTOR II. companions, your own ship, worlds and a great overarching story.

TOR would have been fine as a stand alone game, but I 'still' feel betrayed that they marketed it as something that fans of KOTOR would enjoy just on it's single player merits. (that's 'sort' of true, but only for the first 20 levels or so).

I'm burned out on MMOs. I don't enjoy playing with other people very much anymore. Gotten too jaded. even thinking about playing a game with poorly explained grinding choreographed mechanics just to play with other people Gives me a sick feeling now. me more masquerade or dues ex please.

Another? I didn't know Bioware had made an MMO.

Oh, you mean The Old Republic.

No, but don't take this as something against BioWare - I am just unlikely to play an MMO. There are very few I'll consider joining sort of regardless to how fun they appear to be.
J

I have to agree with many others in this thread. There's been a number of MMOs that would have made great single players games. SWTOR, Secret World and Tera just to name some recent ones. Aside from Guild Wars 2 I don't really want to support any MMOs any more.

No. I don't care for MMO's (actually, don't care for nearly every online game), and between Dragon Age and the hour or so I played of Mass Effect, I'll probably never touch another BioWare game again. They're really not my kind of game.

I haven't played their first MMO yet, someone give me a definite date for when it goes F2P already!
S

if they made it like a single player rpg but online i would play it. but no its always got to have mmo elements which i dont like
W

I really enjoyed TOR and I think I got my money's worth, plus if I really wanted to I could go back and still find new content (I never finished all the class stories). So at the very least I would look at another MMO made by bioware, whether I played it or not would depend on what it was and if it was something I could enjoy. For example I probably wouldnt enjoy a MMO set in the stone age or in the Harry Potter setting

To be fair, TOR is Biowares first chance at an MMO. Its not like they have a long history of making them so there was bound to be a few screw ups. Its kind of like the whole PC version of Dark souls thing, From soft had no experience making PC games so the end result wasnt all that great. That said, what would really matter to me is if Bioware learned from their mistakes

Probably not, I don't like what MMOs have turned into over the years. I like TOR and still play it but I'm mostly annoyed at how others play the game.

Metalhandkerchief said:
(And World of Darkness. Yeah, probably going to pick up that)
Click to expand...

Me, too, high five! It's one of the very few MMOs I have any want to get.

I wouldn't play another bioware game period, as they haven't made anything I've wanted to play, and the few I've tried I hated. 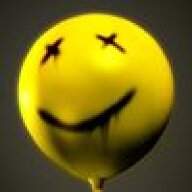 I don't see the point. I know I'm not the first person to say this, but SWTOR was a better single-player game than a multi-player one by far, and I wish they had put the effort spent on the MMO aspects to just expand the solo experience further and we would have had a really great game instead of one that was merely decent.

Bioware (and people that work at Bioware now) have made some of my absolute favorite games ever. We have plenty of MMOs already and I am much more interested in the games that made their reputation what is it.

no. the 'WoW in Space' reskin the pulled last time aside. they would likely again force feed some lame ass story down our throats and, it wasn't really good enough for me to care in ToR, so i doubt if give a chance for another MMO, likely ME, that it would be any better

Better payment method, and I'm on board.

TOR was great for roleplaying with my friends, but when they couldn't deal with the monthly subscriptions, I was alone and playing the game less frequently and thus paying for a game I wasn't playing that much.

Don't get me wrong, TOR is great for singleplayer, but those missions with my friends made it all the more worth it. I miss those days. I had more time of day...
M

Maybe, I was never interested in SWTOR because I saw it being too much of a WoW clone and just generally 'meh' from the first time I saw it. A Mass Effect MMO on the other hand, if done right could be awesome. MMO with shooter/rpg elements, owning your own spaceship and of course the great setting would be my dream. But I'm not sure that I've got much faith in Bioware after the trifecta of fails lately (DA2, SWTOR, ME3).

I'd play any game so yes. I wouldn't pay to be able to play it though, or at least until I heard more about it. I don't care for Bioware that much.

I might try it. Bioware messed up with their first mmo. But I wasn't surprised with that. They were a purely single player to maybe some multiplayer game company before. And suddenly they stepped into the mmo market. It's a very different market, and now they probably know that. What works in a single player, often doesn't work in an mmo. But I'll keep some hope that Bioware being inexperienced with mmo's, them being owned by EA, and them becoming less 'good' as a game company, won't ruin their second mmo as well.
Show hidden low quality content
You must log in or register to reply here.
Share:
Facebook Twitter Reddit Pinterest Tumblr WhatsApp Email Link
Top Bottom