Poll: Would you support a human Genophage?

It's not my place to decide such things. I'm not even sure if one could handle something like this in a correct fashion, likely not. The mindset required is pretty.....out there. 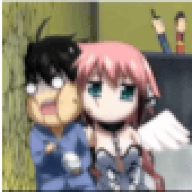 Honestly, no idea. I don't think something like that will ever be implemented, It's more likely that we'll find a way to survive in harsher climates (like the stillsuits from Dune) and make better use of renewable resources (not to sound like a hippie). 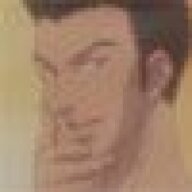 No, not even a tiny tiny bit. What is with all the threads lately trying to get everyone on The Escapist to condone some kind of genocide? 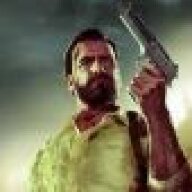 I'd answer both yes and no to your question.

First, I'd favour some measure of population control. Limiting the number of children one can have per family might be effective, but its one of the more cruel measures. Instead(but much more difficult)an alternative would be to introduce a more tolerable, informed and cultural change in terms of birth control measures. Also, helping developing countries..well..develop. As has been hinted, they stand for the majority of the planets population-explosions.

Unfortunetly, we're rapidly approaching the point where things are getting out of hand, despite what some completly oblivious conservatives would have you belive. Mind you, the same people that dont belive earth is reaching over-population are usually also the same kind of people that belive birth-control is the work of the DEVIL and that global warming is hippie/commie propaganda.


But im trailing off.

The salarians released it upon the krogan as a purely desperate measure, and Krogan are nothing like humans. Despite what the salarians call it to defend their descicion, it is a sterility plague that are absolutly brutal and traumatizing to the entire krogan species. Krogans live long looong lives, and have many babies! But even under these circumstances it is absolutly devastating to the krogan species, and to humans, we'd dissepear in a century or two.

If we're talking about a less serious genophage, adapted to human circumstances like our smaller birthrate and much shorter lives, our race would probably survive, but I still think it would be very morally wrong, even if it was an effort to save our planet from over-population. This would be an easy and fast solution, but as it is so often, the easy and fast solution can be morally corrupt.

ksn0va said:
Yes, definitely yes! Not because of overpopulation though, but for other reasons everyone is largely aware of.
Click to expand...

The fact you are a misanthrope who hates the human race? That is generally the impression I get from most people who post in favor of things like this.
D

No I wouldnt support it I dont think it would solve much either and would lead to other problems no the best thing is just to let it sort itself out via war,faminine,laws etc things have a way of working themselves out crippling your species is not really a smart move. 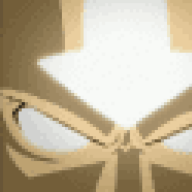 Well, most people say that the biggest concern with the growing population is the food supply, but it's not. There's plenty of food for everyone, it's just not divided equally. Same can be said for the water. Even things like energy and required space to live on isn't our biggest concern. It's the fact that generally, people can't stand eachother. More people means more cultures, and that means more differences. So at one point, the smaller cultures are going to become extinct and the world will start polarizing. Not too long after, war will break and we'll start back at status quo. Alright, this maybe a little bit exaggerated, but I do genuinly believe this is what humanity is heading for. 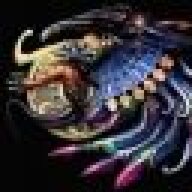 I would never take away someone's fertility but rather do what China did and put a limit on the number of kids one can have.
K

I say yes, one need only look at the fact that an enormous number (I can't find a specific number I trust but it's still alot) of people on this planet that are currently starving to death to see that this planet can't sustain our population. I think that until we can reliably colonize other planets something like this would be the best way to keep out population from causing the environment from imploding.


ChromaticWolfen said:
No. Who would get to judge who gets infected by this virus? I know whoever gets to judge will eventually use it against other people as a weapon and not as a tool to help the world. Soon enough someone else could get their hands on it and could release it world wide. Also no one in the world has the right to say who can and cannot have children.
Click to expand...

That wouldn't be a problem (Or at least not the same problem you're describing) because this would be a species wide thing, no one is unaffected. 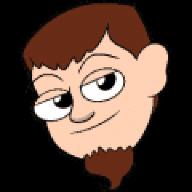 I'd prefer some sort of application process before you could have a child. Like, everyone is born infertile, and then they get their fertility 'unlocked' upon passing a test that measures how good a parent you would make, as well as whether you are financially able to support that said child.

Not that I think overpopulation is a problem, I've no idea on the subject, but I think it's weird that some people may have difficulty proving they are legally able to purchase alcohol or drive a car, but can bring a child into the world.

IamQ said:
Ha ha! I shall use this as an opportunity to use your argument against thou!

[citation needed] Explain thy self! Explain thy reasoning for thine statement!
Click to expand...

The burden of proof rests with those who posit the theory. And I am not convinced, not by a long shot. Past history shows that doomsayers in general, the environmentalist types in particular, make wildly inaccurate predictions of armageddon either out of fear or simply misunderstanding the data.
Click to expand...

You discredit what is most likely the biggest computer simulation ever done and say there's no proof for it? Sure it's a computer simulation with the condition that things keep going the way they are, but it has in fact been done in several different ways to see insecurities, how things will go with improving technology, increasing wealth in poor countries and not all results are this grim. However if nothing changes that statistic is still worthy of some degree of worrying. Basically you discredit a computer simulation and defend your stance with "Prove it" and say that you have to be able to defend your theory while not being able to defend yours. I don't think that statistic is very accurate since they probably chose the worst possible outcome to emphasize it. However resources are depleting the way it is and the population is increasing rapidly. If nothing changes this is a disaster that we actually can see in its coming.

RedBird said:
Humans can get past this problem by taking all the miltaries funding and putting it into space exploration and colonisation. LETS GO TO FUCKING MARS ALREADY! btw, The krogans only had a genophage cause they were rebelling and trying to kill everyone, overcrowding had nothing to do with it. Nobody is doing anything to my junk unless it involves several beatiful people and some whippy cream.
Click to expand...

Well first of all, the former wouldn't help at all given that Mars is a barren world incapable of sustaining human life. In essence any colonization of Mars would only result in more space to put our growing population without addressing the real concern about the resources needed to maintain a population of that size. The problem would in fact be exacerbated by the fact that you'd have the population of two planets dependant on the resources of one.

Second: You're kinda ignoring the lore of Mass Effect. The Krogan rebellions were a direct result of the Krogan's incredibly high birthrate and their need for rapid expansion to sustain it, leading them to conquer planets belonging to other races so that the ever increasing population would have the resources needed to survive. While it is true that the genophage would never have been deployed were it not for the Krogan rebellions, the rebellions were a direct result of the krogan's population issues.
A

Frankly, I think we're fine for a while yet.

AngloDoom said:
I'd prefer some sort of application process before you could have a child. Like, everyone is born infertile, and then they get their fertility 'unlocked' upon passing a test that measures how good a parent you would make, as well as whether you are financially able to support that said child.

Not that I think overpopulation is a problem, I've no idea on the subject, but I think it's weird that some people may have difficulty proving they are legally able to purchase alcohol or drive a car, but can bring a child into the world.
Click to expand...

I used to like this, but then I realized that meant that the state would be given nearly absolute control over the primary agent of socialization. I don't like the implications of that. While parenting is incredibly important and therefore not something we want untrustworthy people to engage in, it is that importance that makes controlling it so powerful.

No. Once we have all nations developed to a large degree there will be a general greying of populations and people will be having smaller families. Basically, we just need a fairer distributions of wealth.
S

No, I wouldn't support it for a couple reasons.

3. Social freedoms. Curbing people's right to a basic, biological function such as reproduction is a pretty big deal and is not something to be undertaken lightly.

4. It wouldn't work. In Mass Effect, the genophage only really works because the salarians are very advanced bioscientists, and the krogan don't have a great deal of their own scientific or technological development due to the particulars of their society. The krogan get curtailed and they aren't sciencey enough on their own to see their way past it. But anything humanity could do to itself, it could likewise fix having been done to itself. And would. A human-inflicted human genophage wouldn't stick for long.
Show hidden low quality content
You must log in or register to reply here.
Share:
Facebook Twitter Reddit Pinterest Tumblr WhatsApp Email Link
Top Bottom