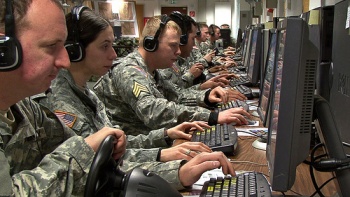 A new cybersecurity bill being proposed would give the President emergency authority to halt web traffic and access private data, effectively declaring martial law on the web.

If the President so chooses, he can call a "cybersecurity emergency" and shut down or limit any 'net traffic on a "critical" network "in the name of national security," though the bill fails to provide concrete definitions on what is "critical" or what constitutes an "emergency."

The Secretary of Commerce would also have the power to "access to all relevant data concerning [critical] networks without regard to any provision of law, regulation, rule, or policy restricting such access."

"We must protect our critical infrastructure at all costs - from our water to our electricity, to banking, traffic lights and electronic health records-the list goes on," said Senator Rockefeller in a statement. His colleague, Senator Snowe, took the metaphor further saying, "if we fail to take swift action, we, regrettably, risk a cyber-(hurricane) Katrina."

As you can imagine, the thought of such powers has put a number of internet advocacy groups on full alert. "The cybersecurity threat is real," said Leslie Harris, head of the Center for Democracy and Technology (CDT), "but such a drastic federal intervention in private communications technology and networks could harm both security and privacy."

Oh wonderful. Further means for the US to police the world and it's free speech. Security is pointless unless it guarantees privacy, and is paramount upon the latter being preserved. Governments would do better to act on the needs of their people rather than their own fears of the people's dissent.

I almost thought this was a belated April Fool's at first.

They've been watching one too many 24 episodes... oh dear.

That's actually pretty funny. What kind of emergency would need the internet to be stopped.

I wouldn't be so worried about this if the people in Congress voting on it actually understood anything about the internet. Cybersecurity is a very real issue and the ability to contain a massive virus needs to be outlined. It's just the average old fart in Congress still likes their mail to come on paper and doesn't know what Google Archives does.
I

Oh well, I'm sure congress will have enough sense not to pass the bill...OH WAIT

whats the points in accessing the private data of one individual when there are millions using the internet? the chances of picking the right person who happens to be terrorist is about a billion to one


(I'm sorry I can't think of much else to say, this post has temporarily shut down my brain, I'll be back with further thoughts in a minute)


Nivag said:
That's actually pretty funny. What kind of emergency would need the internet to be stopped.
Click to expand...

Would this only affect America's internet or other countries? As I can't see how they would shut down the entire globes internet access 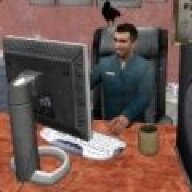 A little bit too late for april fools...

That seems a little dictatorial... I doubt they would pass this. It seems to kill the idea of free speech.

I always found the U.S.A a bit funny with their ideology. Ask for free speech, thought and rights. Yet, they tend to control anything that seems too....out of place. (Just an obersvation). 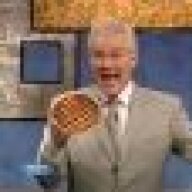 This makes me highly uncomfortable. I really hate how we(The US) are attempting to patrol the internet in this fashion. First we feel the need to occupy countries that do not want us there and now we are going to police the internet too? WTF?!? This country confuses me sometimes. Whatever happened to freedom of speech?

Hold on, this means that Obama will just be able to halt the acess of Americans to the internet, right? He wouldn't be able to take it down on a global scale, right?

This is just another retarded example of America thinking it is the most important country in the world.

Um... I may be missing something here, but isn't the internet, y'know, worldwide? How is it even possible that they'd be allowed to do that?

If you ever find out, please let me know. I'm as fascinated as you are.

If you ever find out, please let me know. I'm as fascinated as you are.
Click to expand...

I presume the internet servers under US control would be subject to the order. Possibly alied nations too...

Gordon Brown, "Yes Mr President, let me bend over for you too."