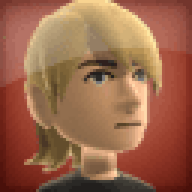 What? The Americans couldn't possibly have the power to shut down the interne--

Intarwebz Tarrorismz of corse. Wut u tink they do, dro bom on intarweb plac lololololololol.

Well, sometimes I think that butchering of the English language such as that outlined above deserves a good stopping of the internet.
M

oshin said:
Looks like they have been watching too much Die Hard 4. Hurray for ignorant politicians.
Click to expand...

Actually, Diehard 4 made it pretty clear that most of the utilities were untouchable without directly attacking the system.

I agree, many people should be forced to learn some facts before being allowed to make decisions. I once met a politician who looked at the maximum output of wind turbines and declared that they'd pay for themselves in five years [actually more like 70, assuming they didn't need repairing ever] and was convinced that it was possible for hackers to launch Britain's nuclear deterant [something that needs encrypted radios and a whole lot of paperwork to find the codes].
Show hidden low quality content
You must log in or register to reply here.
Share:
Facebook Twitter Reddit Pinterest Tumblr WhatsApp Email Link
Top Bottom