Protectors of the Crystals, a Final Fantasy RP (Dead) 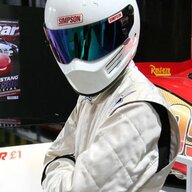 The Alexander held a deadly river as the Esper's water kept jetting out. Those who had trouble getting their footing were shoved to the earth below. The assailants who were chipping away at Famfrit's armor had finally cracked through, and hot ebony smoke hissed for the cracks. The Esper gave another metallic roar and the torrential waters ceased. The blue assailants started cheering and were attacking at a faster pace. Then the Darkening Cloud dropped his urn, making a solid THUD as it hit the wooden floor.

The squad?s cheers grew louder, acting more certain that the Esper has been fallen. What they didn?t expect was for Famfrit to grab a large chain twice his length, and swing it in their vicinity. Many were knocked over their feet clutching their sides as they felt some vital part of them broken and bleeding. Others more unfortunate were hit by a round gilded hammer that crushed them to a pulpy mess, and shook the ship by its sheer force. The mages who kept their distance from the Darkening Cloud watched in horror as the gargantuan Esper walked toward them, swinging the hammer at ramming speeds.

One more THUMP of the hammer chucked a wayward mage up from the floor. Compared to the other foes who dressed in a particular blue, this mage was different from the others. The Esper took in his surrounds as the fight had died down, and noticed stragglers who were staying behind. His body was almost depleted, and there was little more he could do as the field grew quiet.

One by one he collected them - the unconscious black mage, a white mage who appeared dumbstruck, the odd warrior and archer that was clinging on to life by a nail - and stuffed them in the urn. More black smoke pooled from Famfrit as he continued his collecting, and his grasp on this plane was slowly loosening. With little time to lose, He chucked the massive urn at the other ship where his master fled. The urn shook the deck as it landed before dissipating into mist, with Famfrit alongside it.

"Stop it." The mage said. His head began to hurt again... Wait, since when did it hurt like that before?

Still, he felt something was worming into his head, filling him with things that hurt to have in there. They felt like thoughts - no, rather they were commands. Things like submission, despair, and depletion. Yet they were not his; they weren't even memories, just a residue. He clutched his wound ever tighter trying to focus on what was around him.

He made another attempt to stand on his feet. Only got as far as one step before crashing into a chair. He thanked whatever providence there was and seated himself on it. There were flashing lights and images on a black screen. Many buttons and a ball were attached to the screen, and with nothing better to do the mage played with them.

The retreat to the other airship was complete, and what survivors that made it watched the horizon as the two ships grew further and further away. The colossal ship stayed its course on the Alexander not paying any heed as it changed its course. The people who survived felt the tension melt away with a bittersweet feeling as they saw the pride of Halvorian might and technology reduced to a ramshackle cluster.

Then the low hum shrieked, and no-one quite knew what happened next?

There was no doubt however of the aftermath. A massive ball of fire, magic, and shrapnel replaced the once-proud Alexander. The other ship had given off a light, and then slowly ascended the skies until it vanished into the clouds above. The survivors stood against the railings transfixed at the sight they beheld. Silence held itself over the entire airship, none daring to say anything to one another. About their mission, the monsters they fought, the destruction of the Alexander.

Days flew by as the alien vessel carved its new path, people unsure as to where it would take them. Back home? Where those Empire soldiers were? A gradual haze settled over the vessel and few dared to notice. Eventually people just faded off...

When the party came to, they found themselves in new surroundings, all grouped together in one cell, their weapons and items all removed from their persons. Mira Highwind, along with her sister Lilliana and the white mage Valia were nowhere to be seen?

?I have to say I was expecting Bluecoats on that scout ship, not backwaters like you.? A voice that had the texture of rye whiskey was heard in the cell. Before the party stood a middle-aged Hume garbed in tan and wearing a black overcoat. A gun the size of a head could be seen holstered at his right shoulder.

The hume cleared his throat. ?What made you think you could take on the Empire??


Making a few changes at this tangent. Mira, Lilliana, and Valia are no longer in the party; the lack of a response from their players have forced my hand on this. That said, I?ll be masterminding the RP at this point. There?s currently space availiable for two more characters; if you want in, please submit a character sheet; they?ll be part of the mercenaries hired for this mission, but they?ll have no idea of what the party had faced in the tower. Please submit them to me by PM.