PS3 Slim "Does Everything," Says Ads

PS3 Slim "Does Everything," Says Ads

I may like to give Sony's marketing department a hard time, but every now and then they create a winner - like the following ad campaign to promote the new PS3 Slim in North America.

I really would like to know what's going on with Sony's marketers. On the one hand, they seem to have an occasional fondness for being awkward and forced - see slightly creepy [http://www.escapistmagazine.com/news/view/93614-Sony-Reminds-Us-OMG-Girls-Sorry-Girlz-Play-Games-Too], either.

But you know what? Credit where credit is due: Outside of the aforementioned "Play Face" commercials in Japan, Sony's ad campaign for the PS3 Slim seems to be straightforward and sensible [http://www.guardian.co.uk/media/video/2009/aug/24/sony-playstation-3-ad]. The two new advertisements set to promote the PS3 Slim in North America are ... actually funny, even? They get across the selling points of the hardware, promote (absurdly so) the new lower price, and might even induce a snicker. And most importantly, they make sense - not a single David Lynch in sight. Bravo, guys. Bravo.

Some might point to this as a sign of the impending apocalypse; I just choose to believe that the chemical facility upriver from the reservoir that supplies water to Sony's marketing department was forced to relocate elsewhere.

So, does it connect to Xbox Live? Because they say it does EVERYTHING. I see false advertising lawsuits in Sony's future.

Does it play PS2 games? No? Then it doesn't do everything. Sheesh.

Should've been "PS3: It Only Does Everything*"

*as long as everything is limited to Blu-Ray movies and games, Wireless Internet, text chatting, and being a "movie downloading machine"

That was pure brilliance.

Can it make me a sandwich? If not, I'm suing for false advertisement.

Grayjack72 said:
Can it make me a sandwich? If not, I'm suing for false advertisement.
Click to expand...

It had better play Xbox 360 Games and pop out Subway on command.

Hahaha...The PS3 Slim: It will save your marriage!
S

HA! Sony's American team did a hell of a lot better with there ad than the ones in Japan, I like the Japanese gamer face ads but this is just awesome. It doesn't make me want a PS3 but hey cool ad.
And Home sucks! I think if they left that part out of their ad I would have loved the first one.
P

Hm, I think Sony are treading on thin ice by claiming it does everything...
T

Those were fantastic. On par with Compare the Meerkat in excellence.

Sadly for every genuinely funny advert, there's hundreds, if not thousands, of terrible, forced, badly-lipsynched atrocities.

I enjoyed those, which is more than I can say for most of their ads.
C

Can't believe the man who wrote this article forgot about one of the creepiest PS3 commercials ever.

So, wasn't a console supposed to, like, PLAY GAMES? No? Oh, sorry, my bad. 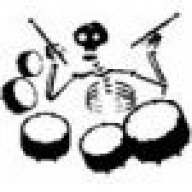 Good ads, but Sony is still as arrogant as ever. It can't do everything. It's silly to use that as it's main pitch, too.

Hey Funk, just a thought, but when you title an article after specific content, inverted pyramid would suggest that the link to the actual content be featured early on. Not as "via" through a secondary site down at the bottom.

It does a lot, sadly not everything. PS2 games? Nope. Communication with other consoles? Nope. Help me rule the universe? ...Depends...

But the ads were funny, especially the second one. Not that I need an ad mind you, I already ordered mine! *hums* 4 More days, 4 more days!

Seems like the Sony marketing department were put back on their meds. Ah well, it was fun while it lasted. 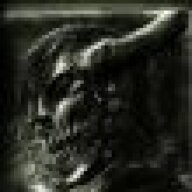 Can it touch me in ways I've never been touched before? Can it give birth to more PS3s? Can it get rid of the Blu-Ray player so that I don't have to pay 299 for it?

I have to admit. That isn't as obnoxious as I expected.
Then again I was expecting "all I want for xmas is a ps3" phony viral crap.

It might not do Everything but at least they aren't saying it's going to replace your pc.

Maybe they finally took my advice and executed their marketing team. Now all they have to do is gag the execs so they stop saying stupid shit.
C

CapnJack said:
Can't believe the man who wrote this article forgot about one of the creepiest PS3 commercials ever.

as for these commercials they are pretty darn funny and frankly they are poking a bit of fun at themselves with the first commercial and them denying the whole price drop thing for a while
Show hidden low quality content
You must log in or register to reply here.
Share:
Facebook Twitter Reddit Pinterest Tumblr WhatsApp Email Link
Top Bottom