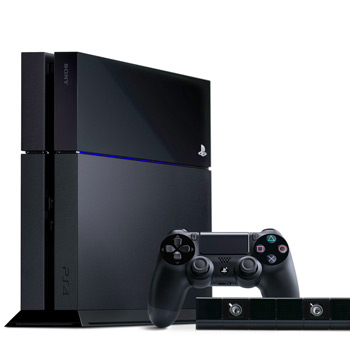 The Nexus 5, the Samsung Galaxy S4 and several Apple gadgets, including an unannounced iPhone 6, also made the top 10 list.

Five of the other top 10 spots are occupied by Apple products, including the "iPhone 6" at number 10 - a product that hasn't even been announced yet. The Nexus 5, Google Chromecast (a kind of streaming media player from Google), HTC One and Samsung Galaxy S4 round out the rest of the top ten.

When you expand the list's criteria to worldwide [http://www.google.com/trends/topcharts/widget?cid=zg393&geo&date=2013&vm=trendingchart&h=413], the PS4 drops to number three, behind the Galaxy S4 and the iPhone 5s. Interestingly, the Xbox One appears at number four in the worldwide search list, and is followed by the Nexus 5, HTC One, iPad Air, Blackberry 10, Samsung Galaxy Note 3 and Nokia Lumia 1020.

So what does this tell us? The average Joe in America doesn't care about the Xbox (but loves Apple)? Maybe all of the Xbox fans have simply decided that they were going to buy the machine and didn't bother Googling it? It's interesting to see Xbox One scoring higher overseas than in America, especially given that some of it's most-touted features are unavailable overseas [http://www.escapistmagazine.com/news/view/129988-Xbox-One-UK-TV-Unwatchable-US-Frame-Rate-May-Be-To-Blame].

What have you been putting into Google this year?

If i want to laugh at the latest MS / Xbone disaster, and look this up with the help of Google, it still counts as a search for the Xbone, even though I have absolutely no interest in buying one.

Also, it's better for everyone involved if i do not mention my Google searches in this forum...

weirdguy said:
gotta be some serious stockholm syndrome going around if international users are looking at the xbone when the xbone treats em like peasants that don't deserve content
Click to expand...

Actually, think about all the news reports hammering the XBO. It was so controversial that I'm shocked the PS4 edged it out.

"Maybe all of the Xbox fans have simply decided that they were going to buy the machine and didn't bother Googling it?"
No, they Binged it!

Bear in mind we didn't even know what the new Xbox was going to be called until the year was half over. I wonder if they included searches for Xbox 720 in their calculations.

megs1120 said:
Bear in mind we didn't even know what the new Xbox was going to be called until the year was half over. I wonder if they included searches for Xbox 720 in their calculations.
Click to expand...

That's another good point. There's also the Xbone while the article says Xbox One which almost no one says (because we owned an Xbox 1, over a decade ago). PS4 is just that. No nickname otherwise.

Not really surprising, given the amount of overt negative coverage the Xbone received compared to the relative lack of general coverage the PS4 had.

By that, I mean that you didn't NEED to use Google to stumble over the bad vibes for the Xbone, but for most of the year you had to dig to learn anything useful about the PS4.

I was sort of expecting such. Just give it time though. Microsoft has got a lot of exclusive new IP's lined up just waiting to be unleashed. It's clear the PS4 has won the first round but the One will make a serious comeback.
Show hidden low quality content
You must log in or register to reply here.
Share:
Facebook Twitter Reddit Pinterest Tumblr WhatsApp Email Link
Top Bottom