Cliffy B believes that Sony missed a giant opportunity [http://www.escapistmagazine.com/news/view/105019-Girls-Would-Love-Heavy-Rain-Says-CliffyB] by not advertising Heavy Rain to the ladies. During an interview conducted by Irrational Games, Cliffy stated that since women love true crime games Heavy Rain would have been a perfect way to introduce non-gaming girls to the hobby. Should more games directly advertise to women? How?

Games advertise to both men and women.
Don't women enjoy playing games like Halo as much as men do?
I don't see how Heavy Rain was more catered to men.
Perhaps Cliffy thinks Sony should've added more unicorns?
The bottom line is that gender doesn't determine taste.

Perhaps stop treating girls like a seperate race and just carry on like normal? Seriously, all the girl gamers I know play exactly the same games as myself and are just as capable of being swayed by existing adverts (and previews, reviews etc).

Girls dont need unicorns, but they could perhaps do with a bit of respect and not seen as "the other" type of gamers.

Subzerowings said:
Games advertise to both men and women.
Don't women enjoy playing Halo as much as men do?
Click to expand...

Not from what I've heard. Some, yeah, but my girlfriend's interest in Halo is story only. She wants me to play through them like a movie for her. (Which I love to do myself, so it isn't a big deal).

But I believe that they should definitely market to women more. Just as long as they don't focus an entire ad campaign on women and forget men. Make games like Mass Effect or Dragon Age seem equally appealing to men and women. Appeal to women about the love-side of the story of games like Red Dead Redemption. Show more about the deeper emotion of characters rather than the actions they're taking because of said emotions.

Fasckira said:
Girls dont need unicorns, but they could perhaps do with a bit of respect and not seen as "the other" type of gamers.
Click to expand...

Amen to that. I wonder why people do that in the first place. 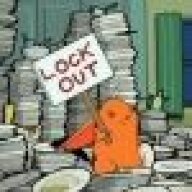 Fasckira said:
Perhaps stop treating girls like a seperate race and just carry on like normal? Seriously, all the girl gamers I know play exactly the same games as myself and are just as capable of being swayed by existing adverts (and previews, reviews etc).

Girls dont need unicorns, but they could perhaps do with a bit of respect and not seen as "the other" type of gamers.
Click to expand...

This person has it right.

Gamers are gamers, regardless of gender, and there's no need to market specifically to men or women.

People need to stop trying so hard to impress us all based on chromosomes.
N

Yeah, what plenty of people have said. Advertise to gamers and people first. Otherwise you just end up looking patronising and that turns people off the medium.
D

Absolutely not. Not to be sexist or anything but while there ARE female teams and all that out there the majority are male and should be targeted towards us.

Better yet though....no advertising at all would be perfect too. LOL!!!

Digikid said:
Absolutely not. Not to be sexist or anything but while there ARE female teams and all that out there the majority are male and should be targeted towards us.

Better yet though....no advertising at all would be perfect too. LOL!!!
Click to expand...

And while more men are in the core American market, there's this huge, untapped demographic there.
Most importantly, video games aren't just a matter of what they are now, they're interactive entertainment software. Its the future of the marriage between entertainment and technology. (Other than CGI aliens and virtual 6-packs in movies)
But just look at The Path. Many people refuse to categorize it as a video game, seeing as it rides almost exclusively on atmosphere and emotions, rather than "You killed X! You get victory prize Y!" Video games can be so much more than they already are. I mean, the video game industry is only a few decades old. Yes, there are some truly great games out there so far, but look where movies were 30 or so years ago, when it already had established precedents such as theatrical, projected picture shows, like magic boxes 'n what not. How many movies from the 1920's and 30's have you even seen, let alone would even acknowledge its existence if it wasn't some sort of cinemagraphic milestone?
If it keeps going down the road of marketing almost exclusively towards bellicose young males, we're doing video games as a whole a great disservice.

That being said, we need to change the medium first, and make some current ad campaigns just a bit more androgynous. I mean, the Fable 3's ad campaign focuses on the big rebellion of the plot, while ignoring customization, relationships, and the act of defining the protagonist's entire life, (as male or female in this point in the series) all of which would be more likely to appeal to a woman than Napoleon with swords, as shown in the current commercials.
And making these more prominent wouldn't do a disservice to the image of the series at all- this Is Fable I'm talking about.
As long as they don't go and slap the male prostitutes on the cover, or something downright stupid like that as a ploy to get the female audience.

I was going to go with something along the lines of females can be gamers or at least enjoy a gaming moment so yes but then I read "No, there doesn't need to be any advertising at all."

Cut advertising costs for all games, dropping prices, bringing indie games up to par with the big guys, and just rely on word of mouth (i.e. beta-testers, family and friends, The Escapist, etc..) to get the game to reach the masses. The better the game actually is, the futher it will spread.

Call me a dreamer...

The main draw for me to have more female targetted advertising would be getting more females interested in a fairly large part of my life so I'd be more likely to find someone to share it with. 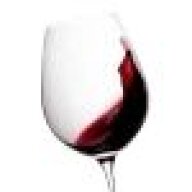 It matters more what kind of person you are. Nevermind gender.

Unless the game is specifically targeted for women, then no. 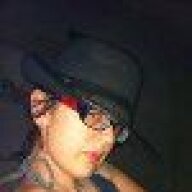 I don't think ads are going to make me want to play a game. :3

Nope. There is no need to directly target woman. Sort of quoteing one of Jeremy Clarkson's books.

His wife is into cars and many women aske her what she sees in them. They are expecting the answers such as "It's practical" or "This helps me do X" but she likes cars because she likes cars. Anyone who likes cars likes them for the same reasons and women and men are no different.

The same here applies for games. If women don't like games it's just because they don't. Same with a few men. THe women that do like video games probably like them for some of the same reasons men do. 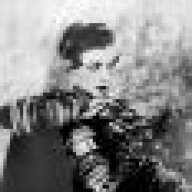 Queen of the Underdark

I agree somewhat that we shouldn't make adds with fluffy bunnies and unicorns and such, but for instance - I would love to have known, via commercials, that I could play a female Commander Shepard. I held off a long, long time buying that game, because I thought it was generic space marine game number 204 ala gears of war starring generic grizzled space marine dude. I think that makers of RPGS and such (looking at you, Bioware, Bethesda, Lionhead) could do a MUCH better job advertising to women, because women love RPGS, and often I see no indication at all that we are able to tailor our characters to ourselves.

I (and we as gamers as a whole) obviously know I can play a female character in most western rpgs, but I think a lot of girls would be raring to get these games if they knew, but they don't do the kind of research gamers do. I'm thinking primarily of the Fallout, Dragon Age and Mass Effect commercials. Just seeing a female character in them would win them quite a bit more business from the female market, I think.

I'd just be happy if they stopped targeting ads at men, where "men" is taken to mean males who let a pair of large breasts make their purchasing decisions for them.

one of my best female friends plays video games and from the best of my memorie she played a lot of JRPGs and survive horror, But I know a lot of females who play video games, read comics and do many other things that aren't marketed to their gender.

If a person (be it a man or a woman) takes interest in something they will surely find a way to learn everything about it. This especially applies to games since they don't target a certain sex. Of course, more ads couldn't hurt, but are unnecessary. I personally don't know ANY female gamers and couldn't ask for their opinion, so I agree with

New Troll said:
The main draw for me to have more female targetted advertising would be getting more females interested in a fairly large part of my life so I'd be more likely to find someone to share it with.
Click to expand...