Recommend me a Let's Player.

Wow, this Kiokoskia is a real character. I'll be watching more of his stuff going forward.

Well, I don't have any suggestions for you, but you're right, supergreatfriend is a good LP'er. I don't like most Let's Plays, but I've started watching his Siren LP, and it's pretty good.

So I can't help you, but thanks!

All these posts and no one mentions TheDarkId? For shame people.
H

Ok that almost killed me to watch. I've found a new Let's Player to follow xD

You're asking for the moon, I think. I like my LPers zany and funny.

Meiam said:
Maybe many a true nerd, he checked most of your box, the game he play really well are fallout 3 and new vegas which he sometime play by his own rule set.
Click to expand...

He's literally the only youtube dude I watch. Mostly for his Fallout 4 survival mode stuff.

Dsp cuz he is everything wrong with modern gaming and gamers

Just kidding; I wanna punch that dude in the throat. I used to think PewDiePie was the worst, but Markiplier makes him look like a sloth on Quaaludes. If an old timey baseball announcer and a used car salesman had a kid and raised that kid on a strict diet of cocaine and energy drinks the result would be 1/10 as annoying as Markiplier. I don't like him. At all.

But I DO recommend Keith Ballard and ChristopherOdd. Not sure if they do any walkthroughs, but their blind playthroughs tend to be very earnest, measured and competent. None of that inane yelling, ACME-style sound effects or distracting rambling (I'm looking at you Markiplier; you suck.)

Arsenalrobert would be good. he's one of the only RTS LPers i know.

If you are still looking for someone, ResearchIndicates fits your description. He talks with this wonderfully placid, sexy southern drawl and knows the games he LPs front and backwards. I consider his LP on the game Trespasser to be the finest, most funny LP ever made. Only down side is he hasn't done that many on YouTube.

I would recommend Nothernlion. He has 1 main game, that's Binding of Isaac, which gets a daily video. But he spreads out into diffrent Indy and AAA game titles which he has series for.

He plays mainly alone except for single events like Rocket League or a round of Europa Universalis.

He's a very positive guy, no face cam, no shouting. He has an insane knowledge about songs, movies (and quotes) and popculture from the 90's onwards. He was a english teacher in Korea for a while and due to that has a pretty high level english commentary.

Currently he plays: Rimworld, BoI and GTA V as a series. He also has a series called "Let's take a look at" and sometimes those games get turned into series, if the audience likes them. 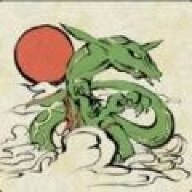 That was worth a look. Subscribed after watching just a few episodes of his latest, Eye of the Beholder LP.

As for the OP... My tastes are similar, except I prefer blind LPs. As others have said, it's hard to find channels that fit all of the criteria. And most of the ones I know of have already been mentioned. But how about Hadrian?

Not really a Let's Player, but Demolition D+'s streams are some of the chillest and funniest stuff to watch, and mostly fit the criteria you described. He can get a bit "shouty" (and drunk) but it's less in the forced PewDiePie manchild way, and more in the drunk, nihilistic, self loathing, "Rick Sanchezy" kind of way. Other than that, he has a pretty chill personality and voice. He's into Souls games, horror games and all kinds of other ironic weeb shit. He plays mostly on the PC, and while he hates his PS4, he does occasionally turn it on to play Bloodborne on it. He has a rich and diverse taste in games (lots of niche stuff like Nier, Drakengard, Team Ico games etc.). I think he's probably my favourite Souls game streamer, because he's not super anal retentive and dull like other more hardcore souls games channels, but also not completely fucking worthless and horrible like DSP. He just has a cool, devil may care attitude and just does the things he does because he enjoys doing them, and not because he wants to pander to his fanbase.

Drathnoxis said:
I need someone new to watch. My personal favourites are

To codify my criteria:
-Solo let's player. I find that if there is more than one person things tend to lose focus and I just don't enjoy it.
-No blind players. I want someone who knows the games they play and knows how to show them off.
-Nobody that focuses on a couple games exclusively. Some let's players out there have thousands of videos on a single game, I want variety.
-Nobody obnoxious or shrieky like Pewdiwpie or Game Grumps. I like a more subtle sense of humour.
-Absolutely no face cam. I don't have any desire to see their face all the time.
-Preferably a pleasant voice. I know it's probably subjective, but still, I am going to be listening to them talk for a while.
Click to expand...

<url=https://www.youtube.com/user/TheSeraphim17>TheSeraphim17. He less of a let's player and more of a walkthrough guy, but he is so helpful, if you're having trouble with a game. What is best about him is when he make conversations not about the game. This can happen often, and a lot of the on/off topic subjects are fun to listen to. Also, the guy admits himself that he is capable of making mistakes as anyone else; making him a down to Earth guy. Chris (his real name) may have minor quirks, but doesn't make huge gimmick out of it, nor does he have an inflated ego like some other people on YouTube that shall not be named. And fun to chat with whenever he does games on Twitch. Plus, he's British, so you can't go wrong with that.

That was hilarious, thank you for that XD

ON, but OFF topic, watching GhostRobo?s playthrough of Dark Souls, and oh my GAWD, it?s hilarious!! I can?t talk shit because he?s doing a lot better at DS than I ever did (gave up at the Taurus Demon,) but watching him struggle is priceless. If you haven't heard of him, GhostRobo is a very ?nice? YouTuber: sweet guy, doesn?t cuss, does separate videos with his little brother, talks about eating healthy, etc., but Dark Souls breaks him, even dropped an F-bomb out of frustration. This last minute of the 17th episode literally left me in tears! XD