Bruno Faidutti's games Citadels and Mascarde are good little games. They're both based around using the abilities of character cards to build up points while subverting your opponents, but Citadels is based more around anticipating your opponen'ts moves while Mascarade is more about bluffing.

Thanks everyone, I’ve put some of these on my wishlist

Got Scthye, Hive, Wingspan, Forbidden Island and Roll for the Galaxy from my brother who thought I might like it

I left some of the other on the wishlist for next year. Thanks

Been trying Escape Room the Game (Family Edition) recently which is...kinda a mixed bag. Long story short it's a riddle game. You get a bag of stuff and a set of instructions on what to do with it, which will hint to you what key combination you need to put in the box to move onto the next phase. Each module has 3 phases. And for a one-off game, it's fun enough. We had a group of 4 and ended up finishing the module with about 6 minutes left in the 60 minute time limit. There's a major asterisk on this though: It is fundamentally a one-off game. There are three modules to the box, meant to be part of an overarching story and therefore played in that order (albeit not necessarily all at once). And each module will always have the same answers. There is no variability to it, and solving the hints can result in permanent alterations to the clues that prejudice future games (eg, step 1 in module one tells you to make a paper airplane out of one of the clues, meaning that next time the folds will already be evident, streamlining the process a bit). So it's enjoyable if everyone has their thinking caps on, but its replayability is compromised. 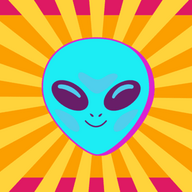 I like bluffing games like Sheriff of Nottingham and One Night
Card building games from Dominion to Villagers
Strategy games like Cyclades
Coop games like Dead of a Winter
Pattern games like Azul
Short games like love letter and Mint Julep
probably staying away from Gloomhaven or similar really long games right now?

These are the games that my family plays whenever my teenage nephews and nieces come over, hope this helps a bit :