Remains of the Day: Bulletstorm

I'm telling you that those marketing ads got to me! D=

Firstly and but slightly less relevant, the story. The story isn't exactly that good but it keeps the game moving along but it does, at times, feel kind of forced. The story is by no means horrible, just, not good. However, in a fast paced action game like this, it hardly matters. The story is set in the 26th century, where the Confederation of Planets employs and is protected by, an assassination group, called Dead Echo. This elite group is headed by Grayson Hunt. However, during one assassination mission, it is revealed that they had been killing innocent civilians and not criminals as they had been led to believe. Fast forward 10 years later, after a failed attempt to kill the General and his forces, Hunt's ship crash lands on the planet Stygia. Now, Grayson and his team, or what's left of it, must make their way through the area to exact their revenge and get of the planet. The planet, though formerly a resort destination, is now overrun with meat-eating plants, feral mutant tribes, criminals, and Godzilla-sized monsters. And from here the fun begins...

The aspect of Bulletstorm that was heavily marketed was the killing. The game has one of the most imaginative ways to kill a person and not feel bad about it. You can kick someone into a cactus, shoot them and then kick them into a cactus. OR, shoot one in the testicles and then kick him into a cactus! Fun fun fun. And of course, the more imaginative the execution of a kill is, the more Skillpoints you get. Skillpoints are used to get gun upgrades and 'charges',which of course, makes the killing all the more fun. Every gun comes with an alternate firing mode which makes use of the charges, which unleashes a devastating attack which pretty much takes of anything in its path. The players are also equipped with a device called the 'energy leash'. The leash acts like a rope and allows the player to pull enemies towards him, activate certain devices and traps, and slam down a ball of energy that launches all nearby enemies into the air. And of course, the boot. You're equipped with gravity boots, which when in contact with the enemy, throws them off their feet in a anti-gravity style. Thus, giving you time to carefully shoot them in the balls if you so desire[footnote]Personal favourite: Leach==> Boot==> Charge Shot.[/footnote]. And the killing is all the more gratuitous to watch because of the amazing visuals.

[img_inline width=300 height=155 Caption="I should also mention that the assault rifle is the most fun to charge shot with." align=left]http://www.videogamesblogger.com/wp-content/uploads/2011/01/bulletstorm-weapons-list-screenshot-peacemaker.jpg[/img_inline]

Which brings me to the graphics of the game. So far, this and Crysis 2 have the best looking graphics in a game. The game is, generally speaking, bright. There's still lots of brown. But the art deco makes up for it. The locations of the game are varied. But not by so much. But due to the general length of the game(7 hours), you better get used to seeing lots of rubble. On the other hand, that rubble is also useful in gaining Skill Points. Like, using your Leash to pull the enemies into spiked walls. Other than that though, the game works really well on the graphics department, the details are perfect and the killing is actually fun to watch. As opposed to having horrible graphics which makes it plain disgusting[footnote]As it should be.[/footnote]. Although the game tries to keep some variety by introducing some new weapons later on, they're sometimes introduced a bit too later for the player to fully upgrade and enjoy the weapon's murderous abilities.

The voice acting of every character in the game is spot on. You'll hate General Sarrano, get fond of Grayson and annoyed of your companions. The swearing is... well off the charts. It is, however, well implemented. Pretty hilarious and makes some scene even more emotional can you believe? The game also excels in the soundtrack area. The soundtracks are amazing and contribute excellently to the mood of the game. It's available free for download from their official page. Check it out, you'll not regret it.

Conclusion: It's a perfect game to blow of steam. The story doesn't need following and the killing is top priority. And of course be imaginative! You'll not regret this buy. I didn't. APPROVED.

I loved bulletstorm, and since I agree with you, here, have a cake: 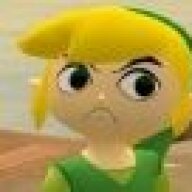 Pretty spot on, told you everything you needed to know.
But you forgot to mention the guns on fire with tits.
BEST
CAMO
EVER! 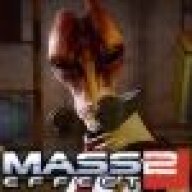 Uhm...
Why does your link for the Last Excorcism lead to the site of a phone company. It's probably nothing but I will have to report this just in case. Ant way, great review. I'll be looking out for more.

kayisking said:
Uhm...
Why does your link for the Last Excorcism lead to the site of a phone company. It's probably nothing but I will have to report this just in case. Ant way, great review. I'll be looking out for more.
Click to expand...

Ahh, good review.
I've been meaning to pick up this game. :3

The swearing was pretty silly in the commercials and the demo, I wonder how they came up with that.
Certainly makes it a lot less serious and a lot more silly fun.
V

Bulletstorm was even more disapointing than COD black ops. It was pretty much the same gameplay as your realistic COD's. The fact that they bagged on the realistic war shooters and ended up being one. And I'm blaming EPIC for this n' NOT People can Fly. Because, its so comittee designed, bland and safe. It doesn't push any envolopes. I know people can fly are better than this.

kayisking said:
Uhm...
Why does your link for the Last Excorcism lead to the site of a phone company. It's probably nothing but I will have to report this just in case. Ant way, great review. I'll be looking out for more.
Click to expand...