​
Its title is like a Reese's Peanut Butter Cup of controversy but will Rendition: Guantanamo be a topical, thought-provoking game or just a third-rate adventure with a crass marketing hook?

Little is known about the game at this point except that it is set in the near-future of 2020, when the infamous Guantanamo Bay [http://en.wikipedia.org/wiki/File:Guantanamo_Bay_David_Hicks_Cell,_Reading_Room_Inset.jpg] detention facility has been sold by the U.S. government to a group of mercenaries, who have rented the place out to scientists who use it as a base to conduct "unethical experiments on living human beings."

You, the hero of the tale, have been "renditioned" to Guantanamo by the mercenaries (how and why you ended up in their sights is a mystery) and have spent the past five years as a lab rat for these experiments. "No one knows you are here and no one cares," according to an email sent out by T-Enterprise [http://www.t-enterprise.co.uk/], the game's developer. "Until now! Someone has managed to slip you a message. You have a son..."

Based in Scotland, T-Enterprise describes itself as "the leading U.K.-based software development company" with a number of Flash-based games and viral marketing plans showcased on its website. But given the quality of the few games I tried, like Manhunt 2 [http://www.t-enterprise.co.uk/flashgame/playgame.aspx?id=crabs] here.

that plot could just as easily be done without using gitmo as the setting. It's just trying to get noticed.

And the trailer sucked. They probably could've found a visual effects student who'd make a better one than that for them for free.

And yes, this looks like BS marketing tied to a crappy game with dated graphics.
But it'll probably be made into a movie by Uwe Boll.

If Guantanamo was appropriate to the plot, I honestly wouldn't complain despite the obvious political implications. But Gitmo, deplorable though some of the events associated with it may be, does not have the reputation for buying human chattel for unethical experimentation, either in fact or in pop-culture. Perhaps they thought it would be more original than Roswell.
W

Wow, look at all that crud. I tried their other games too, just to make sure. Drivel.

Thunderhorse said:
Wow, look at all that crud. I tried their other games too, just to make sure. Drivel.
Click to expand...

Drivel, though I really expected nothing. Just a attempt to provoke controversy (and therefore news) about their game.

Malygris said:
it is set in the near-future of 2020, when the infamous detention facility has been sold by the U.S. government to a group of mercenaries
Click to expand...

Man can you imagine how good an estate agent you'd have to be to sell Guantanimo Bay?
A

That's a loud revamp of Requiem for a Dream (can't stand that one) for what is nothing more than a last gen repetitive video clip of a random bloke sitting on the edge of a bed, in the same posture you'd use on the toilet in a day of bad transit.

I mean... is it supposed to feel epic or something?

Besides, the guy doesn't look like the usual Guantanamo customer...
What happened? Did he stole some pizza twice?

That it happens in 2020 rather makes the use of the whole place as a setting kinda moot, no?
J

This was absolutely horrible. The trailer shows practically nothing about the game. Now, if they had the balls to do a game set in modern-day Guantanamo Bay, I would applaud this developer (now THAT would be ballzy). But to say it takes place 20 years later, and on top of that, its "evil scientists" instead of the government? No way, no how, am I buying this game. I wouldnt even pirate it.

LOL, and is it just me, or does the "its time to get your son" part of the trailer remind you of the episode of South Park with the lice? "I've got to do it...for my bay-beh..." 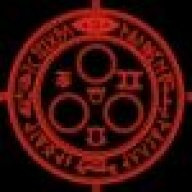 j-e-f-f-e-r-s said:
Anyone else think the music they used for the trailer sounded like a cheap MIDI knock-off of Requiem For A Dream?
Click to expand...