Its' disturbing how many people actually believes this is real.


Anyway... It seems most people who actually bought and played The order loved it. While the the internet warriors who never played it complains about how bad it is.

seris said:
I spent 10 dollars on garrysmod and I have 4350+ hours over 5 years of playing
Click to expand...

Well, that's just grotesque and not arousing in the slightest. D:

This guy is just a total pratt, trying to add a bit of humor to defending his game and falling flat on his face.

Papadam said:
Its' disturbing how many people actually believes this is real.
Click to expand...

Tell me about it. I can't believe so many people fell for a really obvious joke.

Personally I like my games to be long and hard.

I also like coop games as I love to have other people play with me.

Catchpra: Which one is hardest? Wouldn't you like to know ;P

It has sense at some point. Very few gamers would admit proudly spending $60 in a game that they completed in an hour and never touched it again.

...Are there seriously people believing the whole dick length to game length comparison?

What a sad day.

With no unit of measurement there, it appears you would like 30 long dicks. What would you even do with that many?
Click to expand...

Mister K said:
PEOPLE! Jesus Christ! This topic is made by Taco! It's FAKE! It's a JOKE!
Click to expand...

Whew! Someone definitely needed to post that. So far, I'm not a big fan of the game, but I'd hate to see everyone boycott it because of something said in a joke news article.

Frankster said:
Personally I like my games to be long and hard.

I also like coop games as I love to have other people play with me.

I like mine to be entrancing, so I can get lost in it as I gaze at it for hours on end.

I'd be surprised to see someone in the AAA industry say something like that, but some of the tantrums we've seen among insulted indie devs have made it more believable. 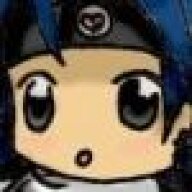 Caiphus said:
So presumably everyone stays away from Bethesda in the locker room.
Click to expand...

What're you talking about? Bethedsa can't even fit in the locker room if their junk is in there. Blizzard, meanwhile, is the Jormungandr of Gaming Cocks, the Phallus that Surrounds the World.

Perspective is important when talking about gamejunk. GG, The Order. We hardly played thee.

This is probably the greatest thread taco has ever posted. Also I'm kinda sad so many fell for it. 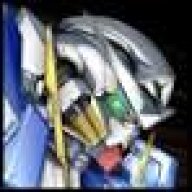 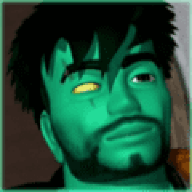 Captcha: Kick the can

I sure am doing that.

Papadam said:
Its' disturbing how many people actually believes this is real.
Click to expand...

Tell me about it. I can't believe so many people fell for a really obvious joke.
Click to expand...

Or didn't check the Source.

Captcha: tuna fish. Well, I guess there was something fishy with this topic... 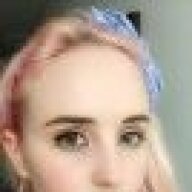 The amount of people here not realizing that this is satirical news ala the Onion is actually the funniest aspect of this "report."

Having said that how many of you have actually played and beaten the order? Because I have, and it's a pretty good game suffering from being the first game in an intended franchise. It feels like an origin story for Grayson (aka Victorian steampunk batman) instead of its own self contained narrative. But it's still a GOOD game. Not the best game I've ever played by any means, but certainly not deserving of all the vitriol being thrown at it.

Here's the thing, The Order does actually have a lot of gameplay, firefights last much longer than you expect them to and have a good degree of difficulty. You have your normal mooks peppering your position with rifle and automatic fire, while there are shotgun mooks trying to flank you, grenadiers and the elite mooks (who use thermite rifles which can light your cover on fire, or grenade launchers) are forcing you to constantly change positions. I liked the feel of the shooting, it felt responsive and the weapon variety is very nice. I did have to laugh though because early on your character says "we do not fight men, Marquis" after having just shot about twenty guys. And yes, the combat is mostly guys with about three or four Lycan fights interspersed throughout the game. And it felt like a wasted opportunity.

Maybe I was able to enjoy the game because I didn't have to worry about getting my money's worth. I got the game used at GameStop, beat it in about three days, and took it back. They have a seven day money back guarantee so I basically played it for free. And when divorced from worries about whether or not it was worth 60$, it was a very fun experience and I honestly hope a sequel gets made that fleshes out the world and characters more. Because it's a very cool world, and they're very interesting characters. I wanted there to be more of it. Anyway that turned into kind of a mini review but I encourage everyone who has not yet played it to pick up a used copy when you can and experience it, it's worth it.

I'd caution naysayers that whilst The Order: 1886 may only look like a three hour game it will grow on you.

I wonder whether this is going to get reported on different site and if the developers are going to hate mail from the people who think this is actually real.