In a stunning new development in computing technology, a man has gotten the worst kind of cancer available today after browsing Twitter for a few hours. TACO News managed to get to talk to him after he had recovered slightly. His name has been removed to keep his privacy and prevent doxxings from others.

"The things I've seen would have been enough to kill any normal man but I am no mere mortal. I've weathered the worst that the internet had to offer including Two Girls, One Cup, 4chan gore, hardcore yiffing and all other assorted things. I'm not too sure if all the stress caught up to me or if this new generation of shit-posters is getting stronger but all I know is that I've probably keked my last kek" said [REDACTED].

We talked further in order to get a fuller understanding of what happened to him and what possible repercussions it brings with it.

"All I know was that I was looking at the political and social issue Twitter hashtags and the stuff in them... You know that scene in Indiana Jones and the Raiders of the Lost Ark, where all the Nazis get their faces melted? That would have been a preferable fate. From both sides, the shit-flinging made my eyeballs bleed from the inside and poison my body."

"I'm definitely suing those Twitter staff yahoos who think that anyone could be able to handle such high levels of toxicity. Remember, nuclear radiation won't give you super powers and neither will this. It'll just make you cry and have a headache or in my case, literally give you cancer. I just hope I get my own hashtag movement or something. It's the least people can do for giving me this horrible pain in the first place" said [REDACTED].

It is unknown if this unfortunate victim of circumstances will live through the procedure in order to remove the 5 pound tumor in his brain. This event helps to illustrate that even the most weathered of us can't hold up to human stupidity.

We would like to remind that while the victim's identity is being kept under wraps, we want to state that the victim is NOT TotalBiscuit. He had cancer way before this.

I knew twitter would lead to this sooner or later!

Well my heart weeps for this poor man, I'm glad there's proof of this now.

I suggest a "quarantine", effective immediately.

Everyone who hasn't been infected, evacuate!

It's probably because he has not many followers.
That is how the cancer gets to you. It attaches as soon as your popularity starts to climb by the first digit.

Basically.
This is Highlander.
There can only be one.

Looking on your Twitter Taco, you may be next.
Though the picture of you in a dress may save you. Is one of your parents a Taco of the Lannister family?
CAN Tacos even incest? You may need to cover this.

Me?
I don't need to worry for a long while.
Because being a hearld/asshole/"that guy" in a youtube comment section pays off.

Is one of your parents a Taco of the Lannister family?
CAN Tacos even incest? You may need to cover this.
Click to expand...

With proof, hopefully a vaccine will be made by scientists from countries WITHOUT reliable internet access

All we can hope is that it doesn't mutate... 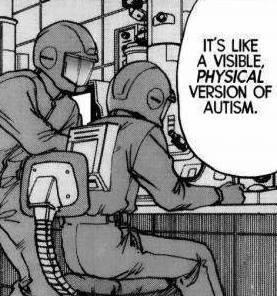 The thing is. It kinda did in the case of TotalBiscuit. Twitter didn't CAUSE the cancer, but the stress of interacting with people on twitter exacerbated the issue.

Poor Redacted. He's been involved in so many news stories I've read recently.

Really though, perhaps someone should also fund research into the similar adverse effects YouTube comments have on your health. I mean if twitter can induce cancer then with YouTube we might well have another black plague on our hands.

You will be missed :c

You're right, I apologize

Pls no get your followers to harass

PsychicTaco115 said:
You're right, I apologize

Pls no get your followers to harass
Click to expand...

Why I-Oh...shit, I wasn't prepared for this. Um, okay, I'll make another Tumblr post clearing things up and uh...if a SWAT team comes by your house later just...just try to ignore it. >.> 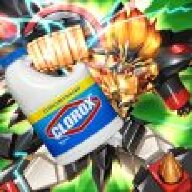 don't know why everyone is so surprised, futurama predicted something like this years ago....

OT: Cancer, eh? Does this mean Tumblr gets you herpes or am I confusing that with what either Linkin or Pinterest gives you?

FPLOON said:
OT: Cancer, eh? Does this mean Tumblr gets you herpes or am I confusing that with what either Linkin or Pinterest gives you?
Click to expand...

Actually, each site gives its own specialized cancer. It's actually kind of amazing

No two sites will give you the same cancer. It's all 100% unique
P

Unfortunately I don't have TB's resources so I'm likely to die of it.

Thankfully I appear to be able to keep it in remission by avoiding Twitter and other systems that integrate into smart phones to make completely unoriginal and unremarkable people feel like they have a right to be remarkable and that they're really super original.

FPLOON said:
OT: Cancer, eh? Does this mean Tumblr gets you herpes or am I confusing that with what either Linkin or Pinterest gives you?
Click to expand...

Actually, each site gives its own specialized cancer. It's actually kind of amazing

No two sites will give you the same cancer. It's all 100% unique
Click to expand...

Then, I wonder which site gives people's cancers cancer... or cures cancer with more cancer...