V da Mighty Taco said:
No. Seriously, fuck no. What is possibly Twitch's biggest selling point right now to both creators and audiences is that it does not have to deal with Youtube's horribly broken "shoot first, ask questions later"-style copyright system where people have to fear false ContentID claims, getting videos easily removed by anyone with a keyboard (regardless of if the claimant actually owns the IP or not), and having to fight a difficult uphill battle to get everything restored afterwards. Youtube owning it would be one of the worst things that could happen to Twitch's userbase.
Click to expand...

If Google was smart they would not change anything with Twitch and let it run independently. If they try and apply their strict YouTube rules on Twirch I feel like many users will go to a different streaming site which will end up hurting Google.

Remus said:
We are Google. Your lawyers will cease and you will submit to assimilation or be destroyed. Your uniqueness will be added to our own. Resistance is futile.
Click to expand...

I wish Google would put some of their considerable resources towards something other than owning the internet. I wish they would develop an aerospace enterprise (pun intended) or perhaps invest in off-world mining. Google Mars?

I like Twitch a lot, and I'm not too excited to see them make changes.

scorptatious said:
What exactly happened in 98? I was pretty small at the time, so I didn't pay attention to that stuff.

In 1998 nothing in particular happened, beyond lots of people investing lots of money into things that (with hindsight) were never going to grow, so lots of huge buyouts, lots of floats on the stock exchange, lots of 'we're going to be rich,'

It wasn't until 2000 that the whole market came crashing to the ground, but this feels a bit like 1998, lots of money being thrown around on things that aren't likely to grow forever.

Also, damn you for making me feel really old now! 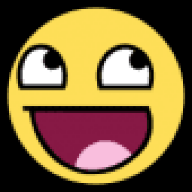 Great cant wait to no longer be able to watch certain streams in germany because of the GEMA/Youtube dispute!

What's the anti-trust lawyers and politicians in the US up to now? Picking flowers and smelling Daffodils, paid for by the major corporations they're supposed to watch? First Comcast and Time Warner want to unite like Sauron and Saruman and that looks like it'll get the green light so far, then this and many other deals bad for the average consumer. Buying another business to expand into other markets is (usually) ok, but this is a blatant buyout to stifle competition without Youtube improving its service. Please let this be a bad rumor. Twitch, please be the Frodo of this situation and throw the ring into the fires of Mt. Doom.

Tank207 said:
By saying "we don't comment on rumors" they pretty much confirmed that the rumor is true. If the rumor isn't true, then they only need to say one word when asked, "no". Making vague PR statements does nothing but confirm people's suspicions.

Google is really going all out trying to make sure they either eliminate or purchase all their competition.
Click to expand...

Yeah, I hate that blanket statement, too. Especially with a serious subject like monopolistic buyouts. This is not just some dumb old rumor like Nintendo making a new system or Bill Gates buying a small chunk of Apple stock just for kicks. If allowed to happen, this could affect an entire industry for the worst.

Maybe Google will finally start seeing some late 90s Microsoft level anti-trust lawsuits is they keep up crap like this. Fat chance though, with the gov getting really cozy with IT execs(like every other industry's execs) in the past decade.
S

For the love of..

Awesome! so rather than fix youtube... google just goes out and buys every alternative that exists. At which point they will probably fuck up twitch aswell.

is this what is going to happen to the internet?
the biggest sites are bought off to 1 company?

Glaice said:
"Do no evil" my ass, Google. That motto no longer applies to you no more. This is just another nail in your coffin.
Click to expand...

Well that's not true. Taxes are evil, so Google pays no (ok, very little) tax. So it's still at least a bit appropriate.

And I suppose this was kind of inevitable it was just a matter of time before either Google or Amazon bought them and then subsequently run them in to the ground. Hopefully it's just a rumour. 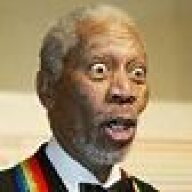 MESSAGE: In order to use Twitch, you must first sign in to Facebook-wannabeGoogle+.
So yeah I think this sucks. Hard.

Doomsdaylee said:
Welp, there goes the last bastion of LPer's, that was a fun dream while it lasted. Thanks for killing our dreams google!
Click to expand...

There's still sites like Game Anyone, so I'm set still, plus I can stream there since I'm a gold member...now to just figure out how exactly I go about streaming there... XP
Really if this deal goes through then I see more people using uStream or something.

gittonsxv said:
is this what is going to happen to the internet?
the biggest sites are bought off to 1 company?
Click to expand...

Going to happen? It's been happening for almost a decade now.

I'm hoping this is not the case. Mostly because YouTube hasn't been the same since Google started swinging their weight around and implementing the worst concepts ever to something that didn't need it (Google+, copyright rules that make no sense). If that happens to Twitch, then its going to be another victim of corporate greed and stupidity.
P

I don't think this is the end of the world, but I like google? I think that the stuff they build is useful? I dunno why everyone else has such an abhorrent experience with them. That being said, if twitch starts to suck then a new twitch will raise to fill the gap. Thats how the internet works.

Wow, a lot of whiny children on here, aren't there?

Big sites like Youtube, where people can make money by uploading video's are bound to attract other big companies and their lawyers. Companies like to make money, and if a company finds a video that uses their music, they will want to have a piece of that pie.

Don't hate Google or Youtube because of other companies greed. They are doing the best they can to avoid being sued into oblivion by every record company and film studio out there.
G

Strazdas said:
No. Copyright law is causing the problems. According to the law youtube must take down any content thats complained about BEFORE checking if the complaint is legit. thats very fucked up and you can thank Disney for it.
Click to expand...

Nope. Google doesn't have to comply with take down request. Problem is, Google is not exactly qualified to decide if complaint is legit without investing a lot of money to hire people who are qualified to such a hellish job and complicated. And if Google doesn't comply, it can get sued.
Show hidden low quality content
You must log in or register to reply here.
Share:
Facebook Twitter Reddit Pinterest Tumblr WhatsApp Email Link
Top Bottom