According to a study conducted by the Indiana University School of Medicine, teens who played a violent game showed lingering effects on the brain when compared to kids who played a non-violent game.

"Our study suggests that playing a certain type of violent video game may have different short-term effects on brain function than playing a nonviolent, but exciting, game," said Dr. Vincent Mathews, a professor of radiology. "What we showed is there is an increase in emotional arousal. The fight or flight response is activated after playing a violent video game."

The findings were presented at a meeting of the Radiological Society of North America. Matthews is hoping to conduct studies on the long-term effects of violent video games on the mind.

Need for Speed Underground? Maybe the stimulation was dulled by the hundreds of product placement adverts the poor kid was being subjected to. I know my amygdala wouldn't be activated by a Burger King ad whizzing by at 90 mph. Shooting Nazis in the face for the 1 millionth time...somewhat more stimulating.
H

My worry is how some anti-gaming activists and congressman will use this as "proof" that violent themed video games cause violence. It is often the case that groups with a particular agenda will pervert the limited and very general findings in a study like this to serve their own ends. With the presidential elections on the horizon, the air is ripe with political posturing bullshit. I can see the headlines now, "Violent Video Games Cause Brain Damage: Are Your Kids at Risk?"

Yeah, I agree with heavyfeul's concern, but on the other side... maybe game developers will be able to create even more stimulating games based on brain activity patterns. If they already have an understanding of "fight or flight" brain activity... maybe they can use this information to make even more intense games. Who knows? Maybe this research can be used to aid developers in keeping the player more engaged... perhaps better games can come of it.

Heck, if psychologists are being paid to consult on game design (see The Perception Engineers), who says research scientists can't contribute as well?

Of course, the realist in me says this will simply lead to some measurable, but commonsense knowledge that games, that require you to survive, trigger survival areas of the brain. Car games, probably trigger many of the same areas drivers use to control a vehicle. Sometimes, these areas need a cool down period after being activated... ever been "all worked up" after playing a competitive sport?

Even if it's found that, after playing a violent game, kids tend to be more aggressive for a time afterwards... big deal. Kids can't see ultra-violent movies, but it doesn't stop them from being made. In fact, when you don't have to worry about how a game might negatively influence an impressionable youth (with age restrictions enforced on game purchases)... the sky's the limit for mature, thought provoking games. I want to see the industry grow. Maybe kids shouldn't be able to buy certain games on the shelves. Maybe that "E for Everyone" philosophy is stunting game design and content.

Food for thought.
B

Where do they get the "linger" from? Seems to me that they only tested the brain states immediately after the gameplay ended. I'd like to see them try the same experiments an hour, two hours, six, a day, a week after the games ended. I'd also like to see them try it with a very exciting but nonviolent game - maybe even something completely nonrepresentational - and with an extremely detailed and gory game that's not exciting, and while we're at it a boring nonviolent game and an exciting violent game. Is it the excitement or the violence that's exciting them? And no, I don't expect the answer to be as obvious as the question makes it sound.

I remember watching a documentary on criminals and how it was discovered that serotonin levels had a huge impact on violent offenders. According to the show, serotonin acts as an emotional inhibitor giving our brains enough time to process rational thought before acting. A large percentage of violent criminals have abnormally low levels of serotonin. The study even tested a large group of people and found that a child with normal serotonin levels in an abusive home was still unlikely to become a violent offender (the same was also found for those having low serotonin levels in a healthy home). Criminal violence is almost entirely based on having low serotonin levels and an abusive/neglectful upbringing (both circumstances have to be true in order to predict violent behavior). It was suggested that low serotonin levels could be caused by an abusive and/or neglectful environment during brain development as well as having a genetic predisposition to the abnormality. With these findings, it's easy to see how a cycle of family violence is maintained throughout generations.

So I'm really curious if these videogame violence researchers are acknowledging serotonin levels in their subjects. It would seem like such a waste of money not to. I hope further research is aided by criminal psychologists who know what to look for... instead of a bunch of guys in lab coats with a brain image scanner feeding the public fear machine.

If anyone is curious, this article is a quick and interesting read on violence and children... http://www.pbs.org/wgbh/pages/frontline/shows/little/experts/1.html ...it also reinforces the claims made by the documentary I watched many years ago.
B

I think you really have to be careful when talking about neuropsychology. Obviously, the more chemicals you test for, the better, but so little is known about a lot of mental functions that ascribing all the differences to a single hormone is possibly even worse an oversimplification than ascribing it to just a single region of the brain. 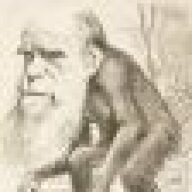 It seems to me that all this is saying is that games with emotional context affect the parts of our brains that are involved in emotional processing. I haven't played this racing game, and the trailers would give the impression that there is some story involved, but racing games tend to not involve much emotional context. They tend to be primarily skill challenges. I would assume that if they had people playing a nonviolent game with emotional context we would get results similar to the violent game.
Show hidden low quality content
You must log in or register to reply here.
Share:
Facebook Twitter Reddit Pinterest Tumblr WhatsApp Email Link
Top Bottom