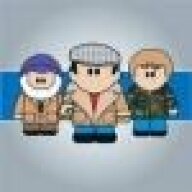 Testsubject909 said:
I wonder if one should consider the state of the studio that has dished out this game.

That is. Loss of financial backing as well as loss of manpower, thus making the task of creating a refined videogame all the more difficult.

Think of it like this. What would happen of Breach could come out backed under a large company's name, coming out as a large name title as opposed to a smaller named game which one could now mark off as a sort of indie game (and by indie standard, it's pretty damn huge... Plus, they technically do count as indie, since they're a newly founded company with no clear backing, thus independent.)

Think. If this game had one more year of work on it, a full campaign and a team about two to ten times larger then they are right now rather then then salvaging material from a previously made game that's a few years old to begin with.

How polished would the game be? Also, consider the time when this game was meant to come out. At the time, this would've been quite gripping to many.

But, I doubt many would take that under consideration. Does it alter the facts of what Breach presents today? no, not really. But it adds context.
Click to expand...

True, it does add context and you can clearly see the problem that's occured here, but that doesn't make up for a bad game. A simple fact is that bad games generally don't sell well, and even in context, it still seems kind of like a disapointment considering what people would expect from a game like this.

More time and more polish would have made a better game, but Breach isn't that game, it's Breach and nothing alters that fact.
A

I would have to disagree with this review.

I bought the game and am satisfied with it. I haven't used shotguns so I couldn't argue with the hit detection there, but Snipers and the M4a1 work fine with me. Maybe people are just genuinely expecting all their guns to be super accurate. However from my experience you often have to waste a lot of ammo unless you have the time to accurately pick off people with single fire mode.

You also didn't mention how fun the active cover system is (or it frustrated you.) I love it. The game is designed so if you aren't using active cover in a firefight and the other guy is, your going to loose 80% of the time. So what are you going to do? Run for cover. It makes battles static (like a lot of them are in real life.) and allows more modern military tactics to take place, such as flanking and using explosives to remove an enemy cover or create another route to flank the enemy.

You complained the active cover doesn't give much ability to look around, but I think this only further supports the flanking tactic. Not to mention that you could easily just tap the S key to back out of active cover and shoot your flanker.

Also some people are complaining about hit detection with snipers, however 90% of the time your going to miss moving targets. There is something called bullet travel and you have to be pretty good (or really lucky) to pull off a good lead shot (not to mention be on a excellent server.)

I hit targets with snipers pretty often and haven't had problems with hit detection. It is usually a 1 shot kill but it is generally only useful for taking out people in active cover (and it so happens that a lot of people use active cover.) so like in real life, its more of a supportive role, aka taking out enemies that have your teammates pinned down. The maps are also big enough where snipers can remain unseen until they take their shot unless another sniper is a good spotter or they have that Scope Detector gadget. You'll see a sniper kill one person and quickly move to another hiding spot which is kind of funny to watch as your entire team starts shooting at the location the tracer round came from. From personal experience I've had an entire building come around my ears after I sniped a few people.

The game has suffered from some poor design flaws, my biggest issue is dedicated servers have a infinite load time when I join them (However they are aware of the problem and fixing it.)

I also think the game modes were designed poorly, though I do enjoy Convoy (It might be called escort.)

Pros:
Active Cover System provides a realistic emulation of what modern battles are like
Snipers are not over powered and stay in their role as supportive, like in real life (noscoping *cough*)
Destructible environment works fairly well except for a few glitches (floating debris.)
Selective firing (Default Key: 1) allowing you to accurately pick off targets with Semi-Auto or blind fire a stream of lead down a corridor for the sake of shooting at your enemy (a real life tactic that.)

Cons:
Some of the more fun explosive stuff you have to level up to get (No Starting attachments or explosive devices.)
Gamemodes aren't all that interesting
Some maps don't have enough alternative routes making for poor TDM maps if you have uncooperative partners.
Hit Detection is sometimes a issue (as seen in the video with the shotgun.) but I also think it depends if the server you are playing on is laggy or not (Then again I don't think the shotgun is done well anyway.)

Anyway, this game is a good breather from the run and gun fast paced hollywood style shooters like blackops, which by now you can add as many new features as you like, but I'm sick of the basic game mechanics altogether. For 10 dollars its a great game in my opinion, its something to do.


PS: I also eagerly await Brink, from the "Choir of Guns" video I think its going to be awesome. I loved WolfET, and I think the parkour will really change up gameplay, giving me a fast paced shooter that hasn't become boring like Black Ops or MW2. I also always enjoyed Splash Damage's linear team based objective style game play. Unlike TF2 where their is only really one common goal that every one can work for (SO IF YOU THINK BRINK IS A TF2 CLONE, ITS NOT.)

PSS: I can add this game to the list of games I really enjoy but others do not like (Lead And Gold.)