I find your logic a little backwards. If you've never played a Ratchet & Clank game, it will feel like more of the same? Does that make sense? or is it me?

Anyone who's ever enjoyed a Ratchet & Clank game will know that all the review needs to say is "new" and "Ratchet & Clank" and its quality won't ever come into question (except maybe the PS2 ports of Size Matters and Secret Agent Clank).

You question should read "It's more Ratchet & Clank ... isn't that enough?"

Frankly, Ratchet & Clank games feature some of the best action/platforming you'll ever find, and when something is that consistently good, innovation takes a back seat to quality. and that's fine with me.

There are too many good games for the PS3. I want one! 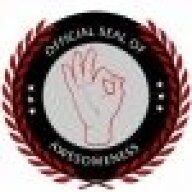 I don't think it could have been much shorter. I completed in in little over 6 hours. For me, a 6 hour game wasn't worth £40 so I completed it and got a full refund. By all means, it is a brilliant game, but I believe that it is meant to appeal more to their previous customers than it is to entice more to the series. I realise that may sound idiotic seeing as this is a sequel, but even so, I was incredibly let down by the lack of length. If anyone here wants some advice before getting this game, buy it from a shop that gives you a week return policy and take it back once you've completed it. That's what I did and now I plan to invest that £40 into a game with more depth.

Wellllll... yeah. Even despite it's kinda hard to get any console games here,i'm on my way to obtaining older installments,and would really like to play this one,too. Because it's exactly the kind of games i want and need.

Also,it's kind of weird that if you're new,you will find it unoriginal. You will find it short,yeah. But if it's first R&C game for you,you won't think too much about how unoriginal it is. Because these guns,these characters - every part of this universe kicks ass. Lots and lots of it.

...no,seriously. In this game,you have a Gatling rocket launcher with it's own dramatic music attached! What the FUDGE else could you POSSIBLY EVER WANT,people!?!
V

I have to agree that some of the gameplay is the same from the other games, but Insomniac is playing it more safe and keeping true to the Future series style. Personally, I'm satisfied with the combat style. It may seem like its the same, but then again it is Ratchet and Clank. They style is it's trademark, it shouldn't have a drastic change (though ti would be nice to see a noticiable improvment.
I like the new puzzles that you do as Clank, they may get complex but they make you think more than other puzzles I've seen before in other games.
The weapons are nice. Yes, some of them are revisits from Tools of Destruction and it may seem like there is a lack of innovation there. But the new weapons are somthing esle to behold, like the construo line of weapons and the fan created weapon (Siral of Death) from "My Blaster Runs Hot" contest.

The RYNO V is my favorite variation because when you fire it, you don't just completly decimate the enemies, you demicmate them while the 1812 Overture plays in the background
The space travel and combat may seem a little bland and arcadey, but I like the break from the regualar gameplay. But I agree that it could have been better and more appealing.
Its a good platformer combat and partial puzzle game.
Overall, it is safe, the puzzles are complex, it looks beautiful, collecting Zoni is required, eh...its good. I got it, and I don't regret it (mainly because I'm a Ratchet and Clank fan from the start)

The two R&C games are my number 1+2 reason for wanting a PS3. And the downloadable Quest for Booty is #3. Glad to see I won't be disappointed by the series when I acquire a PS3.

Keep up the quality, Insomniac.

I do feel Insomniac tried to do to much in terms of gameplay variety.

It's still a great game though. Mainly due to the return of Dr. Nefarious and Qwark's transvestial escapades.

Shame that platformers are such a tiny niche genre (then again, far too many rubbish ones in old days) so glad to see Ratchet and Clank still going strong. I'll get this...after I donwload Quest for Booty someday.

Now we just need a new Sly Cooper and I will be stoked. (And not one that's all about his friends, either.)

Wow, I haven't played a R+C game since the PS2 days. Are they still good? no way. It's not possible.

Don't you get it, Insomniac? you're meant to stop trying and churn out crap!

That Clank stuff looks alarmingly like it came right out of the Braid playbook. Not that there's anything wrong with that, of course, and for that matter, Braid didn't even do it first, but nevertheless.

While I have yet to get this game, I assure you that I will. I love Ratchet and Clank to pieces, the style, the weaponry, the humour, it all reeks of quality. That said, even I've noticed the formula becoming old, and have even begun to question the merits of continuing the franchise. A Crack in Time looks like a blast, but I think this shoud wrap it up as far as Ratchet and Clank is concerned. Maybe it's time for a new quality franchise, before this one turns into a soulless series of clones. Preferably one that's not Resistance.

I think this is the only reason I want a PS3. Too bad they don't make the new R+C games for PS2.

Susan Arendt said:
Now we just need a new Sly Cooper and I will be stoked. (And not one that's all about his friends, either.)
Click to expand...

I liked Sly 2 the best
Z

This review features some genuinely bizarre logic. The only real criticism of the game is that it fails to do anything new with the series. So, the reviewer recommends that anyone who hasn't played the series stay away.

Wait, what? The game's lack of innovation is irrelevant to anyone unfamiliar with the series. There is no suggestion that there has been a dip in quality, so it simply doesn't follow from the criticism of the game that people new to the series should stay away. There is no rational connection whatsoever, the reviewer clearly just didn't think through what he was trying to say.
N

I maintain the Ratchet and Clank are the poor man's Jak and Daxter. 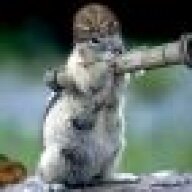 With all due respect sir, I disagree. Leave the game-bashing to ZP - This game (and series) is a god in disguise. 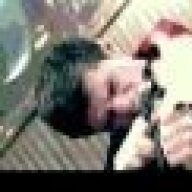 I haven't played this paticular game but I did play a previous episode of it in a store demo. I just found it be extremly tedious. I just can't see how it could hold anyone attention past one game. No suprise that it has yet another sequal. Sony game in general are sequals out the arse. The sequals always end up being pretty much exactly like the 1st game. Time to kill these series off once and for all.
Show hidden low quality content
You must log in or register to reply here.
Share:
Facebook Twitter Reddit Pinterest Tumblr WhatsApp Email Link
Top Bottom