The Godfather II lets you act like a mobster but think like a don. Being bad has never been so good.

Hmmmm...did you pick Dominic's appearance or does he naturally look like you Russ?

Hmm i may actually have to pick this up now.

I did love Scarface on the Wii, and who the hell doesnt want to be the don?

I couldn't help myself; I read this entire review imagining it was being spoken to be by Marlon Brando from the first movie.

I was never really a huge fan of the GTA series. I did like the concept of an open world crime game, just not the execution. Depending on how my finances are looking this summer I might think about buying this game.

Bought this yesterday and I love it so far, can't wait to play more of it. I tried to watch the Godfather movie's once but they were too slow-paced for me.
S

I'll go with Eurogamer on this one.

Of course with the obligatory GTA IV hating. Annoys the hell out of me..

Anyways, I've been thinking about picking up this game once it gets out for a while now, and I'm still very thorn on it, because the swedish gaming magazine Super Play gave it a 6/10.. 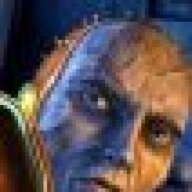 It still makes me sad that people felt the need to make a game out of one (in this case, two) of the greatest films of all time. Why can't they just leave well enough alone and come up with their own stories?

This is kind of the opposite of the "SotC being turned into a film" debacle. The only difference is that a Godfather game does have a chance at working, but it still annoys me.

The_root_of_all_evil said:
Hmmmm...did you pick Dominic's appearance or does he naturally look like you Russ?
Click to expand...

Yeah, I picked that. You can customize pretty much every aspect of the main character's appearance. My Mass Effect guy looks like that, too. I like to go "all the way" with the immersion bit. 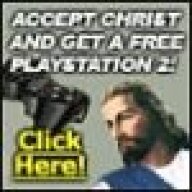 Good review Russ. I haven't read any of your game reviews before, but I'll make sure to check them out from now on.

Should I watch the movie before actually playing the game?

sirdanrhodes said:
Should I watch the movie before actually playing the game?
Click to expand...

I can't imagine why you would need to, but they're great films, so why not?

I myself found this game somewhat enjoyable. That said, I can see how it would irritate fans of the movie.
S

Deciding for or against getting this game shouldn't really be that hard. Honestly, this is one of those games where - what you see is what you get. If you like sandbox type games where with mafia themes and loads of violence, explosions, killings, cops 'n robbers, then you should definately get it. If you have always hated these games then don't. However if you're not totally sure about these types of games, have enjoyed some and hated others, I think it's worth a stab. The mini-strategy aspects of being the Don really adds volumes (imo). I adds some variety so you don't end up getting bored by just... running around kicking ass all the time.

Honestly, is no-one else bothered that EA actually made a series of games milking based on the Godfather series? No-one else here think this is pretty low? Francis Ford created arguably the greatest movie series ever, and now EA are using it to peddle games which( no disrespect to Mr Pitts) all other reviews I've read agree are pretty iffy.

j-e-f-f-e-r-s said:
Honestly, is no-one else bothered that EA actually made a series of games milking based on the Godfather series? No-one else here think this is pretty low? Francis Ford created arguably the greatest movie series ever, and now EA are using it to peddle games which( no disrespect to Mr Pitts) all other reviews I've read agree are pretty iffy.
Click to expand...

I love this question. Thank you for asking it. You raise a really good point about media consumption and brand identity.

For my part, I worship the Godfather films (Parts I and II. Part III does not exist.) I watched both of them for the first time back-to-back about 10 years ago and my mouth was hung open the whole time. For me, those movies redefined the art of filmmaking and remain some of my favorite pieces of creative work of any kind.

Did The Godfather II game establish itself as a similarly seminal piece of art? No. Absolutely not. It's a dumb, fun game that kind of screws over the license in some ways, actually. But it's still fun and I actually enjoyed it a great deal.

I think I look at licensed properties like The Godfather II game in the same way I'd look at Batman: The Dark Knight pajamas. Batman: The Dark Knight was a great film that inspired me in a number of ways. The pajamas, however, are just comfortable clothes with a logo on them. They do what they set out to do well and have a loose association with a media property I love, and so are slightly cooler than normal pajamas as a result.

The Godfather II did not blow open my mind to the possibilities of an art form the way the films did, but, like the pajamas, it does what it sets out to do well and is slightly cooler than other open-world games owing to it's association with a familiar brand.

sirdanrhodes said:
Should I watch the movie before actually playing the game?
Click to expand...

If you want to know how the story actually goes, then yes. It's a great movie series, you should check it out.

Hey Russ, do you think the third movie would have been better if you hadn't seen the first or second movie? I only ask because its a sentiment many people I know who've seen the trilogy seem to share.

Great review, I've been on the fence about this one, this review is the first one I've seen that at least talks about the gameplay without beating around the bush about mediocre controls or some other nonsense I find indirect to fun levels.. After reading this I'm pretty sure I'll be getting the game.

Huh, I thought Mr.Pitts job was to over see video stuff. But I guess he reviews games as well.

Eric the Orange said:
Huh, I thought Mr.Pitts job was to over see video stuff. But I guess he reviews games as well.
Click to expand...

I wasn't always a video overlord

theSovietConnection said:
Hey Russ, do you think the third movie would have been better if you hadn't seen the first or second movie? I only ask because its a sentiment many people I know who've seen the trilogy seem to share.
Click to expand...

I'm not sure. It's definitely wildly different from the first two films, both in style and substance. I also don't think it's nearly as cohesive as the first two. In my opinion, neither the writing nor the directing are as strong, although there are a number of great moments and brilliant performances. Al Pacino delivers very well as the aging Michael, and Andy Garcia plays a great character. It's just a shame the movie as a whole isn't stronger.

It's equally enjoyable and unsettling to see his character creation...

I really liked the game too! Not a big fan of the online play, did you give it a try? 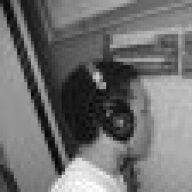 I heard it's really glitchy but Russ Pitts makes it sound awesome... who to believe?!
R

D3C4F said:
I heard it's really glitchy but Russ Pitts makes it sound awesome... who to believe?!
Click to expand...

I played the entire game without turning off my console (sleep is for the weak/I watched a movie about 5 hours in as I can't eat and play on my 360) and didn't encounter a single glitch.

Altogether a good review, covered the entire experience of the game, and in the comments the comment about loose affiliation (Batman pajamas) was quite right, you don't play it for the Godfather 2 story from the movie, you play for the fun of 1950's mob warfare and empire building.
Show hidden low quality content
You must log in or register to reply here.
Share:
Facebook Twitter Reddit Pinterest Tumblr WhatsApp Email Link
Top Bottom