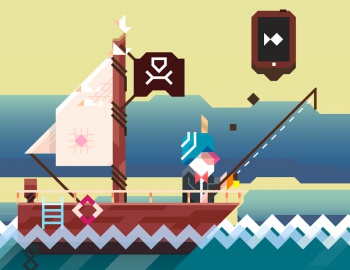 A new update has just been released for the clever, addictive Ridiculous Fishing, allowing you to listen to your own music, cut your line at will, and meet (and kill) a number of new fish.

Ridiculous Fishing may not be reason enough by itself to buy an iPad, but the iOS exclusive fishing game is absolutely something that all Apple devotees should own. It makes excellent, intuitive use of the iPad's unique feature set, but more crucially, it's just adorable. Delightfully adorable. And blasting eels into a bloody red mist with a minigun is endlessly appealing.

That last paragraph? Entirely dedicated to convincing any of you who don't own Ridiculous Fishing to buy it. Not only because of all that stuff I wrote a moment ago, but also because a new update hit the title this morning that adds a bunch of neat features. Most crucially? The game now allows you to replace its (surprisingly excellent) soundtrack with whatever music happens to be sitting on your iPad (or, in the case of iTunes Match subscribers, all of the music on your Apple devices).

Take a look at the official, lengthy description of today's update:

Whether or not Billy has redeemed himself during your Ridiculous Fishing adventure, this first minor update for the game solves a lot of small annoyances and little bugs you've shared with us. You'll be able to play your own music instead of Eirik Suhrkes magnificent soundtrack if you so insist, the game should allow you to re-equip the Swiss Lure and some little typing errors from those last days of crunching on the game have been fixed.

We've added a few new items, of which one offers an often requested feature: the knife will allow you to cut the line to instantly restart an attempt. No longer will you have to wait until the line comes all the way back up just trying to catch that one last fish. It's not for killing fish, though, it would be absurd to kill fish with knives or the like.

The most mythical of places now has a few new fish and patterns for the Eagler Award-winning anglers amongst you, including the all-new Friend Fishes hidden in the depths of the oceans. Finally, one final addition asks you not to dive into the depths, but to raise it into the skies.

With that last tidbit, we leave you to your fishing ways. We cannot thank all of you enough and we hope you rate and review, but most of all enjoy this first update for Ridiculous Fishing, while we start working on big things just beyond the horizon.

Yes, it would be absurd to kill fish with a knife. Especially when you cut them to pieces with an aquatic chainsaw or electrocute one with a wildly unsafe underwater toaster.

As with all Ridiculous Fishing updates, this latest addition is completely gratis. If you already own the game, you should have received an update notifiction. If you don't own the game, well, you know what you must do [https://itunes.apple.com/us/app/ridiculous-fishing-tale-redemption/id601831815?mt=8]. 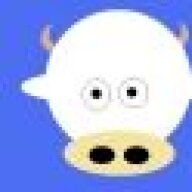 rhizhim said:
its the same game as ninja fishing for android

That would be because Ninja Fishing is a complete ripoff.
Don't support it.