Right, but WILL DANNY TREJO BE IN IT?!!

While dozens, if not hundreds of films have attempted to predict what "the future" would look like in one way or another, has there ever been one that actually waited for the future to arrive before it was released?

That's exactly the kind of question being asked and answered by Robert Rodriguez and John Malkovich's most recent project, 100 Years.

Shot as a promotion for Louis XIII Cognac [http://www.louisxiii-cognac.com/#100-years] -- an "ultra-luxury" liquor that is aged 100 years -- a short film directed by Rodriguez and starring Malkovich was completed last week, then placed in a time-locked safe that won't open until November 18th, 2115.

The project was born when Louis XIII global executive director, Ludovic du Plessis, approached Malkovich with an idea to celebrate the 1915-dated bottles of their premium booze currently sitting on shelves -- an idea which has of course been kept a secret from the public. Malkovich, whom Plessis referred to as "the greatest actor of his generation," instantly took the idea and ran with it, calling upon Rodriguez to bring his "emotionally charged" vision to life.

"There were several options when the project was first presented of what (the future) would be," said Malkovich. "An incredibly high tech, beyond computerized version of the world, a post-Chernobyl, back to nature, semi-collapsed civilization and then there was a retro future which was how the future was imagined in science fiction of the 1940s or 50s."

You can check out three teasers for the film below -- all of which envision a different picture of what the future might look like -- but bear in mind that none of them contain actual footage from the film.


So how exactly will 100 Years be screened when the fabled day arrives? io9 [http://io9.com/john-malkovich-and-robert-rodriguez-have-made-a-movie-n-1743390289] explains:

"How the team at Louis XIII envisions this all going down: they are sending out metal movie tickets to about 1,000 influential people inviting them to invite their descendants to a screening exactly one century from today. At that time, they'll grab an old projector (the movie will be preserved on film stock) and press play."

An ambitious experiment to say the least, but it still doesn't compare to the pitch I gave Malkovich for Con Air 2: Deep Space Con, IMO.

No, seriously, dafuq? This is a very weird idea. I hope head jar tech is invented before then so I can at least read the review on it.

So, about 5 people will see this film unless it is hacked? Lets be honest, who the fuck can keep track of something for 10 years? 20? 50? If it's something sentimental, then I get it ... a ring that has been passed down through 10 generations etc but a film ticket? I am sure "influential" AKA rich people wont give much of a fuck about it.
T

I just...what? What is the point? Considering the rate at which technology has improved in the past 40 years alone, I really don't get what the point of this is, in 100 years film might not even be a popular medium and I somehow doubt that Robert will be considered relevant anymore, seriously who is going to watch this in 100 years? just a very stupid idea desperate to gain publicity if you ask me

I think they really underestimate how much society will change in that period.

The equivalent would be hearing a 100 year old radio show. Note that said show would've been made before the first radio news programme or entertainment show. It would've likely just been some violins and bible passages. Recorded in what we would now consider utterly atrocious quality.

And that's assuming technology will progress at the same rate as the past 100 years and not any faster.

By the time this gets released it's going to be more outdated than watching a 240p movie without any sound or subtitles over dial-up.

I call bs on this.

I give it ten weeks or so before some enterprising hacker gets it off a Studio 'secure' server and the whole interwebs can see it whether MR Rodriguez wants them to or not.

Alternatively this is all some ploy for publicity.
M

So they made a movie no one will ever see. Brilliant. Serious aside from the fact someone has to be around to remember that a time capsule was buried a 100 years ago and give enough of a damned to dig it up. WHich they wont. But the other problem is... well.. there likely won't be a device that'll either play it of hook up to it. Seriously. I dare you to find a working 5.25 floppy disk drive. I dare you. And that's only been at best 25 years.. 100 years from now? Nope.

There's a certain kind of arrogance in assuming that you are capable of producing something so awesome- sight unseen by almost everyone who might judge it, one way or another- that it will deserve viewing in a hundred years.

So many artists and writers created works that have endured without ever seeming to consider their artistic longevity. Many that we regard as the "greats"- writers like Austen, Dickens, and Shakespeare- wrote in formats that were considered fairly light and disposable in their own time.

To think that your art will age like cognac is the sort of conceit that makes the bitter part of my soul hope that the safe suffers water or fire damage.

I think the executive director of this wine company doesn't know about how publicity works. If you are celebrating a centenary then you're supposed to drum up interest by engaging with your clients, not performing an expensive stunt that's only read about by young, poor tech-heads on obscure tech and gaming websites.

I didn't realise John Malkovich was so popular and celebrated among the people that drink luxury cognac,

"The greatest actor of his generation"

Heck, I can't even spell cognac.

Bunch of rich people in a circle-jerk then? Moving on.


Hero in a half shell said:
"The greatest actor of his generation"

I laughed far harder at that than I would have thought.

Edit: After a couple minutes of reflection, I guess I can say I'm impressed that this French company kept their barrels intact through both World Wars. I'm not sure if liquor can benefit from being aged for a hundred years, though. At the very least you hit a point of massive diminishing returns, but then again I'm not rich, so what do I know?

An ambitious experiment to say the least, but it still doesn't compare to the pitch I gave Malkovich for Con Air 2: Deep Space Con, IMO.
Click to expand...

This pitch has me annoyingly curious. I'd watch this :|


omega 616 said:
So, about 5 people will see this film unless it is hacked? Lets be honest, who the fuck can keep track of something for 10 years? 20? 50? If it's something sentimental, then I get it ... a ring that has been passed down through 10 generations etc but a film ticket? I am sure "influential" AKA rich people wont give much of a fuck about it.
Click to expand...

Unless its expensive and exclusive. Rich people dig that shit.
I

It'll be hacked within the week, distributed on YouTube, each copy will get hammered by DMCA complaints - and we'll all forget this movie even exists before the end of the year.

A hundred years from now, the safe will probably be buried in a landfill somewhere or buried under rubble. If anyone finds it, they'll just wonder what the fuck the people from 2015 used to smoke. 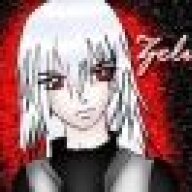 All seriousness, this is just incredibly pretentious, nothing more. 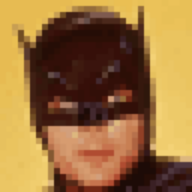 This project seems ass-backwards. old-school film projectors aren't terribly hard to come by now, but in 100 years? that's to say nothing of where this movie is even being kept. In all seriousness though, who is going to see this? may I interest you people in Birth of a Nation? that was released in 1915, but nobody knows about it now. Some cinema is timeless, but it tends to be cinema that was either not referencing the time it came out in or happened to capture the spirit of an era. Metropolis was a movie about an envisioned future, but how many people will talk about it on its 100th birthday. Even then, they'll only talk about it because it came out before its 100th birthday and that the way we make sci-fi stories would be completely different without it. "The Movie You'll Never See"? more like the movie no one will give a damn about when it releases. 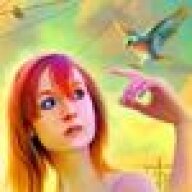 I'm very much doubtful if there even actually is a movie, or if this is all just a publicity stunt with nothing real backing it up.

Ah, so during a fallout looting session by curious aliens, they will come across this film that makes absolutely no sense, with a bottle of liquid who's aroma melts their faces off like a ridiculous hollywood mummy tomb trap.
T

Wow this....seems exactly like the kind of insanity that Rodriguez would do. 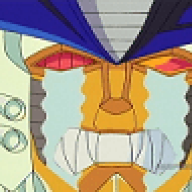 This is pretty much the pinnacle of art.
It'll probably be the star piece in a museum in the future.