Rocket League is Coming to Xbox One This Month

Rocket League is Coming to Xbox One This Month

Rocket League [http://www.escapistmagazine.com/tag/view/rocket%20league?os=%20rocket%20league], the crazy soccer/race car hybrid from developer Psyonix is making its way to the Xbox One. Microsoft announced today that the game will be available beginning on Wednesday, February 17 for $19.99 USD on the Xbox store.

The game, which has previously been exclusive to the PS4 and PC, will come with an added bonus for Xbox One players: they will get three of the game's previously-released DLC Packs for free. They are:

Additionally, The "Armadillo" from Gears of War and the Warthog variant from Halo, dubbed the "HogSticker", as well as several Xbox-themed Garage items like Fizzie and the Overcharge Rocket Trail from Sunset Overdrive, will be exclusive to Xbox One players.

Nice.Been wanting to play this but I doubt it'd run too well on my laptop so this solves that problem 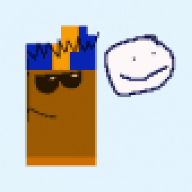