The trailer introduces its new playable character, Arthur Morgan, an outlaw part of the van der Linde gang who steal and fight their way across the heart of America. Since the game will be a prequel to Red Dead Redemption, it details the actions that lead to the foundation of Dutch's Gang - the gang that John Marston would go on to join, leave and attempt to bring to justice. Judging by the trailer (and the gators leaping up out of the water to chow down on some unlucky cowboys) the game will be set at least in part around a fictionalised Deep South, with some drawing the conclusion that it will be set in an earlier version of New Bordeaux from Mafia III.

Update: And just as a clarifying point: Mafia III is of course, not a Rockstar game. It was published by 2K, who are owned by Take-Two, who in turn also own Rockstar. A leaked map seems to confirm the name of New Bordeaux. But until the game is released the jury is out on whether or not it's a coincidence.

The trailer is also available on Rockstar's site [http://www.rockstargames.com/reddeadredemption2/]. 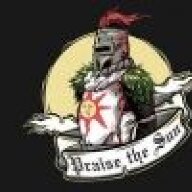 EscapeGoat said:
with some drawing the conclusion that it will be set in an earlier version of New Bordeaux from Mafia III.
Click to expand...

What? Mafia 3 wasn't a Rockstar game, what's this about?

Hmm, I see. Looks sufficient. Nothing to complain about. I am in no way excited whatsoever, no siree!...There was nary a twinge in the gut department that one could humbly pertain to any form of natural positive anticipatory emotions. I am the most unfeeling, unbiased, and most importantly... unhairy entity to judge this presentation. Like, say, this human here; That's my loyal stoicism right there. A floating head of criticism in a dark void of cynicism. See? [small]You can trust me. They can trust me...[/small]

EscapeGoat said:
with some drawing the conclusion that it will be set in an earlier version of New Bordeaux from Mafia III.
Click to expand...

What? Mafia 3 wasn't a Rockstar game, what's this about?
Click to expand...

No, but it was published by Take-Two (well, by 2K, who are owned by Take-Two who own both 2K and Rockstar) - additionally there was a leaked map which featured the city with the name New Bordeaux (as with all leaks we take it with a pinch of salt until release of course). Could potentially be a coincidence, might not be. Fair point though so if you don't mind I'll edit it to include the point.

It looks good, but I hate Rockstar games on console, because their controls are terrible.

I can wait until it invitibly comes to PC somewhere down the line, so I can play it with a decent input method, at a modern frame rate.

I still need to play the first one, and I've had it sitting in my closet for like five years now so I'm in no hurry to start.

PC release alongside the first one or GTFO
D

It has realistic horse testicle swinging physics so I'm on board.

I'm pretty sure there's going to be a PC release. A year later at the most. Rockstar figured out a way to milk money from gamers, and they're not going to pass on the opportunity to milk PC gamers after the financial success that GTA V was on the PC.

Looks--- okay, I guess. Another [probably unpleasant] bloke-does-crime-open-worlder, so it's R* being as ironically conservative as usual. How's about a female lead, maybe? That'd shake things up a little, at least.

The world will most likely be the real star, and unlike GTAV's urban sprawl it'll be one I actually want to explore and mess around in.

They can barely write a male lead. So be careful what you wish for.

Sorry, but either it's on PC or I act like this game doesn't exist.
D

Think it looks great, but Read Dead Redemption is probably one of my top all time games so I will need to try keep expectations in check. Though it is Rocsktar who, for me anyway, never disappoint. My one concern is that John was such a fantastic character and as some others have pointed out the guy in this trailer just kind of seems a dick. But its early days, the first trailers for Redemption did nothing to showcase the actual character of John either.

Only frustrating part is that I'm actually contemplating buying a PS4 for this due to being too impatient to wait for a pc release. Suppose Ill finally get to play Uncharted and the Last Of Us while I'm at it.

I'm thinking that Arthur Morgan is only going to be one of the playable characters. He's the amoral asshat that Trevor is in GTA5. Given that you're riding with Dutch's gang you'll probably get to play other members like Bill Williamson (he's in the video), maybe Javier Escuella, and no doubt a young John Marston himself. The woman looks like she could be Abigail (John's wife). She rode with the gang and looks very similar aside from the hair colour.

This. Screw Rockstar and their shitty practices.

So it's a prequel set in John Marston's gang but we're playing as someone who never turned up nor was ever mentioned in Red Dead Redemption 1.

Oh dear, have I already spoiled the ending for this?
S

The game looks very ambitious! it's just amazing how the environments seem open and beautiful. Am I dreaming? Personally I love it.
At the same time, when you know the talent of the studio responsible for the development of the title, as well as the experience and all the know-how that they showed during the last decade, it is a safe bet that the overall end result will be very similar or even identical to the screens and video teasers published officially on the web. To see if on PS4 (not Pro) and Xbox One (not X), it will be enough fluid or not?
Show hidden low quality content
You must log in or register to reply here.
Share:
Facebook Twitter Reddit Pinterest Tumblr WhatsApp Email Link
Top Bottom