//cdn.themis-media.com/media/global/images/library/deriv/1401/1401639.jpg
Roger Jr., the boxing kangaroo, has been cut from the console versions of Tekken 7 due to fear of animal activist protests.

Remember that viral video earlier in the year of a man rescuing his dog from a kangaroo [https://www.youtube.com/watch?v=FIRT7lf8byw] by punching it in the face? Well, while hilarious for us, it's been a headache for the folks over at Bandai Namco, who are cutting Tekken 7's boxing kangaroo: Roger Jr., as a result.

"There was a video of a man's dog being headlocked by a kangaroo, and he punched it in the face", executive producer Katsuhiro Harada said in an interview with VG24/7 [https://www.vg247.com/2017/04/27/tekken-7-roger-the-kangaroo-cut-due-to-animal-activists-kuma-the-bear-still-in-because-hes-stronger-than-a-human-being/]. "It turned into a big problem. People were complaining about him punching a kangaroo. It seems that in the last few years there's a lot more animal activists - even though they probably wouldn't play our game they would still hear about that, about a kangaroo in our game being punched, and would complain about it."

While Roger Jr. is still currently in the arcade versions of Tekken 7 playable in Japan right now, when the console and PC versions of the game launch on June 2 this year, he will be cut.

Meanwhile, Kuma the bear, will remain in the game because a bear is "obviously stronger than a human being".

.....this has to be a joke, very funny all in all now let us all go home and contemplate how stupid this would be if they were serious.
J

In other news Injustice 2's achievement "Dick Out For Grodd" had to be removed because it offended Dick Grayson fans.

A kangaroo isn't stronger than a human being? I'm sorry, do they not KNOW how hard a kangaroo can kick?!

Also, as someone who cares very much about animal rights and preventing abuse, these activists are seriously damaging the very interests they claim to champion. They probably would've complained just as loudly if the man had let the kangaroo kill his dog.

apparently they decided to remove it because at some future point there MIGHT be a complaint.. ok then

Kind of like when people get mad at women in fighting games cause them being able to fight back is meaningless.

I mean, if anyone was mad at that guy for (protecting an animal from another animal) then wouldnt they want to be able to play as a kangaroo and beat up humans?

If they wouldn't buy the game anyway, why do their complaints matter to the game company? Bottom line drives everything, don't it? Or do they really think a bunch of crazy animal nuts are going to sway the opinions of the people who would have already bought the game?
Also, if my dog was being attacked by a kangaroo, I'd punch the thing, too. Kangaroos are not the sweet, cuddly animals people think. They are pretty aggressive if they decide not to tolerate you being around them. Besides, they punch each other all the time and hit way harder than we can, so I doubt we'd do much damage to them.

I remember the guy punching the Kangaroo. I remember why. I probably would have done the same if not pull a weapon on it. Random fucking Kangaroos do not take priority over my dog.

This is dumb. Once again. It's a game.

Im pretty sure that sort of fear from anticipation is supposed to be an unhealthy thing to give in to. It's what I've been lead to understand from past sessions.

...What's that? They aren't? Then why the hell do they care what those people think?
E

................Well if this isn't a joke then I have to say the same thing I said during all those controversies were women were taken out of a game.

You must not have had a lot of faith in it to begin with.
D

...Isn't this the game with the fighting bear? Or a panda? Or is it both? Why would they be worried about animal rights when you've already had an animal in the roster for many years?

Yes animal rights activists who'd be overly concerned about the well being of a virtual animal. ...ugh...

This holiday comes at the beginning of April, not the end.

Ha ha. I can see how you could confuse the two.

What kind of fucking triple digit retardedness is this? 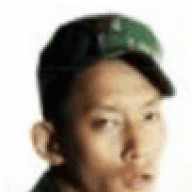 Um, didn't anyone check Harada's twitter?... He basically said it was a joke, even if the language barrier makes it a little hard to interpret. This is really jumping the gun.

It would make no sense to cut Rodger since there's also Kuma and Panda and Alex and I doubt they'd cut Panda or Xiaoyu would throw a fit.

That guy puching the kangaroo was hilarious.

Having said that, I hate the joke charecters so good ridance.

not that i care much for this character but this of course is again ridicules. 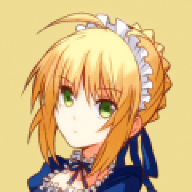