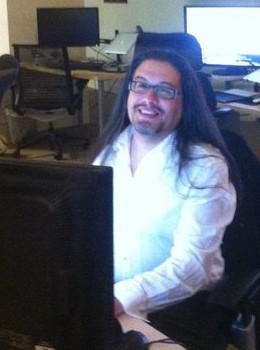 "The fact that I don't really care about the Wii U or even want to find out more about it says something."

So says Doom, Quake and Wolfenstein 3D designer, John Romero. The veteran game designer has kept a low profile ever since the disastrous Daikatana brought his AAA career, and the era of "rock star" game development, to a screeching halt. While the FPS genre he popularized has gone on to dominate the medium, Romero has moved on to free-to-play titles for Facebook and iOS.

When asked about Nintendo's upcoming Wii successor, the imaginatively titled Wii U, Romero was dismissive.

"I don't sit and read every little piece of news all the time because I'm really busy with the things that I do. News that reaches me is usually more important," he told GameIndustry Biz. "When the Wii was coming out, it was one of those "I have to have one of these things" and I had to pull some strings and get one because it was sold out all over the place. There was this game called World of Warcraft and I heard about it and I had to get it. There are these things that are really big that I'll hear about, but I don't hear about a lot of the other things."

"Over time those big things became big things, so the fact that I don't really care about the Wii U or even want to find out more about it says something," he continued. "It doesn't look like it is innovative, and to me the Apple ecosystem is the place I like to live in and the Nintendo ecosystem has stopped their innovating ways."

He argues that the Wii managed to trounce the competition was down to its innovative design and varied library of games, but points out that the Wii U, and indeed most of the next gen consoles, aren't bringing anything new to the table to warrant his interest.

"I personally don't care what the next gen of consoles are because I'm not excited about consoles anymore," he said. "The Wii U or any kind of future Sony or Xbox are just not that exciting because I have a PS3 and a 360 and sometimes I will play a really great game on them like Red Dead Redemption, but my game playing has tended to go back towards the PC and the iPad and iPhone. Maybe it's just a sign of the times, but that's where it's gone for me."

Romero does add that while he believes traditional console manufacturers are fighting a losing battle against Apple, the IP they've created to sell those consoles may end up saving them.

"Nintendo can probably live off of their IP without any hardware, where other companies that are huge like Microsoft has no IP and relies on everybody else to make it for them," he added. "Without a platform, they just have an operating system. If everybody decides to go Android or Apple, there you go. The development of the IP is just extremely important and Nintendo has been doing that since they started. So they made the wisest decision."

And we're supposed to care because? Sorry if I can't be bothered to give Romero the time of day anymore, but his opinions about the industry are as valid as my grandma's at this point. Sure, he used to make a wealth of major titles, but now he just make casual mobile titles. I'm pretty certain any one of us is more informed of what is and isn't good for the game industry at this point, a fact Romero makes quite clear himself in the quotes in the article.

His points about Nintendo having their own IPs, well that's actually valid, but it's so stupidly obvious I see no reason why it bears mentioning. The rest is bullshit. 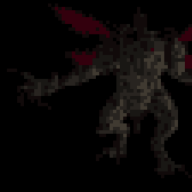 Someone has an overinflated ego. Why exactly is a washed up game developer saying anything newsworthy again?

Meh, he said it himself: He isn't even the loop about what's going on with consoles. He basically voided his opinion on the subject with that statement alone. Prior to the E3, one of my biggest issues with the system was the controller and lack of a second analog. They changed the design, it has a second analog. It's all good. And the ZombieU demo was pretty impressive. I should say, the usage was impressive, which tells us nothing about the game itself.

Meh, I think that seeing "innovation" in something is fairly subjective. Innovation to one person is a gimmick to another. The way things are implemented speaks more to some people than others. I guess the WiiU and it's controller aren't staggeringly new ideas, and so far there aren't really any games that use the new technology in an amazing way, but it's far too early to tell. There won't be amazing games right at the beginning of any console generation, especially one that's trying to do something different than the norm.

I think he has a point about IPs though. If MS stopped making consoles Halo and Gears could pretty easily move to PC. They would probably survive but I don't see them taking the PC world by storm they way they have on the Xbox. I don't think Forza would do so well on PCs. PC racing sims are a different kind of animal than Forza, and the people who play them look down on games like it. Maybe it would be able to survive on another console but it has a huge competitor in Gran Turismo. But then again, if we assume Sony stopped making consoles too then GT wouldn't be such a huge obstacle.

The PS3 IPs would probably fair a little better than the stuff on Xbox. They tend to have more strongly identified worlds and characters. Although they would still be hit very hard.

But his statement about the "varied" library of the Wii is just rubbish. Just not true. I shouldn't need to explain that, we all know.

Also I think it's fairly presumptuous for him to say the WiiU isn't innovative when he clearly doesn't know much about it. He probably doesn't know too much since he admits himself he's not been keeping up with news. 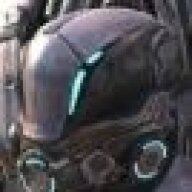 Your argument is now invalid, Romero.

Suck it down Nintendo. John Romero just made you his *****!

Uh...hey guys...He was ASKED for his INPUT, and he gave it. He isn't just randomly shouting "wii u blows trololo".

I'm inclined to agree with those words, but coming from his mouth it's just...yeah whatever lol

Anyway I'm underwhelmed by the Wii U as well but maybe that is just because my wii set on a shelf and collected dust for 3 years until I gave it to my little cousin.

Baresark said:
Meh, he said it himself: He isn't even the loop about what's going on with consoles. He basically voided his opinion on the subject with that statement alone. Prior to the E3, one of my biggest issues with the system was the controller and lack of a second analog. They changed the design, it has a second analog. It's all good. And the ZombieU demo was pretty impressive. I should say, the usage was impressive, which tells us nothing about the game itself.
Click to expand...

The WiiU always had a second analogue, even prior to E3.
Click to expand...

I'm pretty sure it didn't always have one. I remember thinking to myself how stupid it is they didn't have one on there. But maybe I was also thinking about the 3DS.

Granted he's a complete tool, but Romero has a point. Aside from the tablet controller, Wii U isn't bringing much to the table as far as tech is concerned. If the machine pushed processing power equivalent to most of today's mid-range gaming PCs, and if Nintendo had some good IPs and core games at launch, they would definitely have everyone's money. Based on what we saw at E3, that is not going to be the case.

The developer has lost steam. It's the same with Microsoft and Sony. There just aren't enough good games out there that warrant buying a console when you could play on PC instead. That's why console makers are marketing them as multimedia devices with Netflix, motion controls, voice command, and internet access. The console game industry is just not about console games anymore.

Yeah, I don't know much about the guy...but I'll agree with him. I said the same thing when I saw the WiiU at Nintendo's conference. And I believe my brother, who is not familiar with videogames as much as I am, was able to describe it better than me: "It's just a Wii fused with a DS". And so it is.

See, the Wii was innovative in the way that it forced you to get off your lazy ass and be part of the game, for better or worse. The controllers were horrible and some games were too gimmicky but they were onto something there. That's why the MOVE and Kinect took cues from that and perfected the thing. But the WiiU controller thing doesn't even do that. They're going a step back by transforming the so-innovative Wii Controller into a tablet-analog controller hybrid and the tap-feature borrowed from the DS doesn't really do anything for me because A) It's not innovative (The DS has driven that feature to the ground) and B)It contradicts all that Nintendo has accomplished with the Wii, good or bad as it was.

I admire the fact that they're adding better third-party games to their library (AC, Batman, etc.) but I hate the fact that these tap-screen feature will have to be implemented into perfectly good games, like Batman.