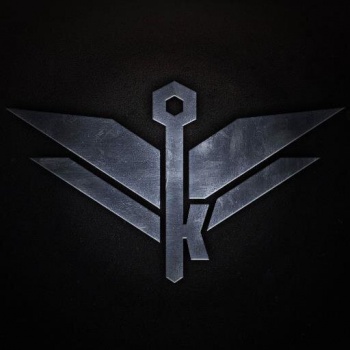 The Gears of War creator has reportedly launched the studio alongside Arjan Brussee, co-founder of Killzone studio Guerilla Games.

Cliff Bleszinski got the video game community's attention earlier this summer when he announced <a href=http://www.escapistmagazine.com/news/view/135774-Cliff-Bleszinski-Announces-Return-to-Video-Game-Development>his upcoming return to the industry. Today, documents obtained by Polygon indicate that his new studio is Boss Key Productions, which Bleszinski has co-founded along side Arjan Brussee, one of the founders of Killzone studio Guerilla Games. Both men also worked together on the Jazz Jackrabbit PC series, which debuted in 1994.

While there has been no official word from Bleszinski yet as to his involvement with the studio, he did tweet a link to the Boss Key Productions twitter feed earlier today. The Boss Key website also contained a link to Bleszinski's Twitter feed earlier today, though that has since been removed, according to Polygon. The site can be found here, though there's currently nothing there except the company logo.

Polygon also mentioned the Boss Key site earlier containing a link to the @bluestreak Twitter handle. Bleszinski's next game is rumored to be "Project Bluestreak," the name of which also appears as the header of Boss Key's <a href=https://twitter.com/BossKey>official Twitter page. Yesterday, Bleszinski tweeted a link to <a href=http://itsalmo.st/#time_biuoe>countdown timer, presumably counting down to the date when he will reveal more information of his new game. The countdown reaches zero on July 8.

I do like the logo so yeah... for now thats all I can say

Well look forward to boring shooters with Protags who look like they took super steroids in the future and a lot of CliffyB hot air.

Darks63 said:
Well look forward to boring shooters with Protags who look like they took super steroids in the future and a lot of CliffyB hot air.
Click to expand...

Cliffy wasn't the art director for GoW, he was the design director (he actually had to design around the art assets in some cases, like the design of the Corpser). In fact, he isn't very fond of the hyper masculine designs and said he he would avoid that kind of negative stereotype in his future projects.

Good, I'll remember not to purchase anything from this pro-DRM, anti-PC twit of a developer. Either stay gone or don't make a fuzz over trivial nonsense.

bosskey? oh man ya I expect that from cliffyB. Still not buying his games.


Except...he's not entertaining. Why are we watching him? We don't even like the guy...

I hope PC gaming doesn't ruin his new studio with teh piracy.

Now that he's making games of his own again, any chance he'll shut his over-stuffed mouth about everyone else's?

Oh wow. lol Just more people getting butthurt about Cliff again in this thread. I love the unbiased attitude of everyone here.

OT: Boss Key, eh? I wonder if there's any specific reason for such a name.